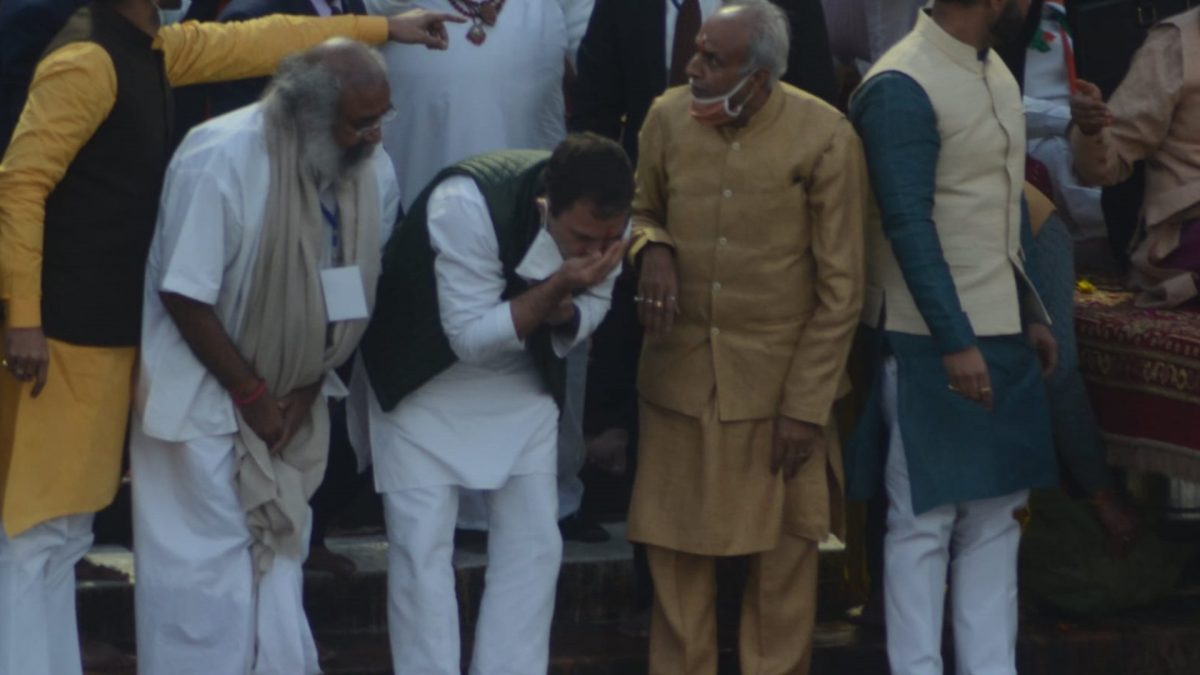 Rahul Gandhi has set a blistering remark on Prime Minister Narendra Modi while addressing the Uttarakhandi Kisan Swabhiman Samvad in Udham Singh Nagar, Uttarakhand. He said that today in India we do not have the rule of a PM, we have the rule of a “king.” The king can take any decision and expects people to stay quiet. He also slammed the Modi government for keeping farmers on the road for one long year during the pandemic. Gandhi also added that Congress will never do that.

The Congress party leader, Rahul Gandhi, has been in fierce mode against the Centre. He said, “If a Prime Minister cannot work for all, he cannot be a Prime Minister. By that token, Narendra Modi is not a PM.”

He added that the farmers were abandoned by the Modi government on roads during the pandemic, they survived the difficult time with their grit and perseverance. He further criticized the absence of dialogue between the PM and the common man. He condemned the one-sided decisions that PM takes.

During a speech, Rahul Gandhi ensured that the Congress party always stands first for the farmers, the poor and the labourers. “The Congress party will never have left its people on the roads protesting for so long,” he said.

He also said that how the incumbent government is intensifying the gap between the rich and the poor and creating “Two Indias”. Only a few people own as much wealth as 55% of the total population of India.

He reminded people that it was the farmers, labourers and common man of India that fought for freedom, not the industrialists.

Elections are due on February 14 in Uttarakhand. It has a representation of 70 members in the Assembly. Recently, in local elections in the state, the Congress party defeated BJP with great numbers.