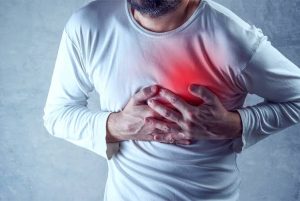 Recently, we have seen deaths of some popular celebrities due to Heart attack and it is quite fearsome as they were all in the dynamic phase of their lives. Big Boss fame Sidhdharta Shukla, Kannada superstar Puneeth Rajkumar and famous singer Krishnakumar Kunnath,popularly known as ‘KK’, are the name of those celebrities whose death shocked the whole country. The most shocking part is that they all appeared to be healthy and fit, so what caused a sudden and unexpected death of these celebrities. Data shows there is an increase in ‘Heart Attack’ incidences among young people throughout the world.

Myocardial Infarction, commonly known as ‘Heart attack’, is a condition where the blood supply to the cardiac or heart muscles gets abolished. Decreased or absent blood flow to heart muscles causes the failure of pumping mechanism of heart due to insufficient muscular conractions. And why does this happens? It primarily occurs due to blockage in the coronary artery (blood vessel supplying blood to heart muscles) and also due to other cardiomyopathies. A heart attack takes several hours to occur and death can be easily prevented if required steps taken while the patient was alive. Most of the patients get infarction during exhilarating physical exercise which precipitates the heart condition. An immediate availability of Cardio-pulmonary resuscitation (CPR) can prevent death but unfortunately lack of knowledge in general public regarding common life saving procedures make this impossible to happen. 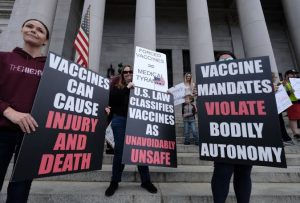 There are multiple factors affecting our heart’s health and according to most of the health experts,it appears to be modern lifestyle. Disturbed day and night rhythms, mid night snacking, sedentary life pattern, unhealthy eating habits and increased prevalence of alcohol and smoking among the young people. These all surely convinces everybody that these are the bad guys you need to get rid of. But there are some other theories which try to give explanation for increased heart related problems. Some claims that the widespread use of Covid-19 vaccine may have caused the adverse effects on our body leading to these tragic events. While some claim these as the after effects of widespread Covid-19 infection, even that of the asymptomatic patients. Several anti vaccine groups demand the release of data relating Covid vaccination with that of increased Cardiomyopathies among young population. 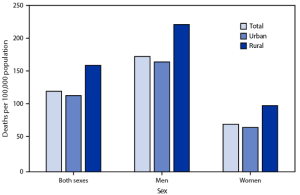 Data also shows young men are more prone to Heart related problem than young women and its also a well known fact. The exact cause of this is not well known but it is considered that male hormones(androgens) may aggrevate risk factors for heart attack. Increased prevalence of obesity and Diabetes also have associated role in increased risk of cardiac diseases. Environmental pollution and addiction towards psychotropic and psychogenic drugs has affected the heart health of people around the globe.

The pandemic is not over yet, still it has already given so many haunting memories that no body wants to remember. People around the world suffered from mental, social, economical and health issues. The elevating stress levels, been grounded for months in their own houses or been stuck faraway from your home, the painfull feeling of loneliness for many and many other thing people have survived to make it to the end line. After effects of pandemic are haunting people even now in form of health challanges we all are facing. Surfing on the high tides of sorrow hoping for better tomorrow, the humanity has survived it all and will cope up to even deadlier.