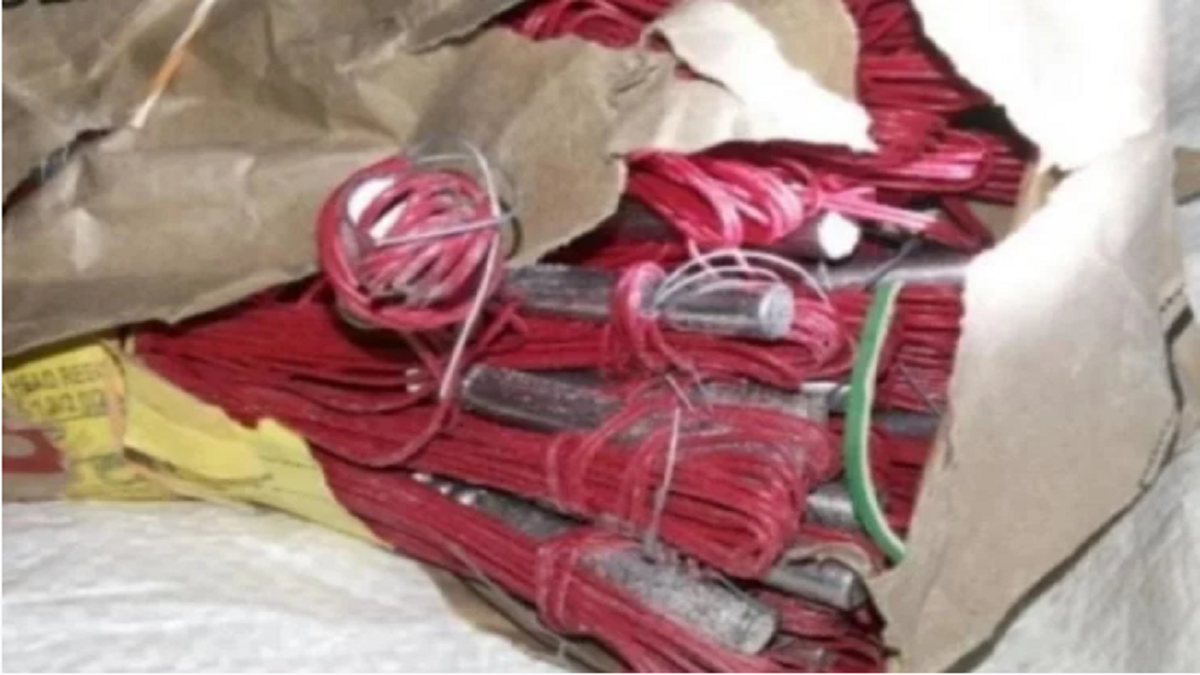 There was a stir in Delhi’s Ghazipur Phool Mandi on Friday morning after an Improvised Explosive Device (IED) was found in an unattended bag. Delhi Police’s bomb squad reached the spot after receiving a phone call at 10:30 am and evacuated the surrounding area.

Following the discovery, the counterterrorism force National Security Guard (NSG) along with special cell officials were also called in. Delhi Police confirmed that a contingent of fire engines was also sent to the location.

As much as 1.5 kg of explosives were found, which is estimated to be capable of making heady damage.

“A case is being registered in the Delhi Police Special Cell under provisions of the Explosive Act,” said an official.

According to experts, the discovery of IEDs in a busy Ghazipur flower market indicates stagging of a major terror attack ahead of Republic Day.

Not only Delhi, but Punjab also seems to be on the target. Explosives were found on Friday morning in the state’s Gurdaspur and a border village in Amritsar, Dhanoa Kalan.

It is being told that explosives recovered were to be used to terrorize Punjab during the 2022 Assembly elections. These explosive materials were kept hidden in the field near the main road of the village.

After the recovery of the explosive, the Special Task Force (STF) team started a search operation in the entire village. As soon as the information was received, SSP Rakesh Kaushal and other officers reached the spot.

The village is located a short distance from the Indo-Pak border. The police have taken some suspects into custody and they are being interrogated.

Just before elections in Punjab, terrorists are on the lookout to create a ruckus. The Punjab Police has recovered 2.5 kg RDX in three days from several places in the state after unearthing the terror module of ISYF. Along with this, a codex wire, detonator, 5 fuses, 12 cartridges and AK-47 rifle have also been recovered.

Punjab Director General of Police (DGP) VK Bhavra said on Thursday that the recovery was made on the confession of Amandeep Kumar alias Mantri, a resident of Lakhanpal village in Gurdaspur. He is the main accused in two incidents of grenade attacks that happened in Pathankot recently. SSP of SBS Nagar Kanwardeep Kaur said teams were sent to Gurdaspur district and explosive material was recovered after Amandeep’s revelation.

According to Amandeep, this material was to be used for making IEDs. The consignment was provided to Amandeep by the self-proclaimed chief of ISYF (Rode) Lakhbir Singh Rode, who is currently residing in Pakistan, with the help of his associate and operator of this terrorist group Sukhpreet Singh alias Sukh resident of Dinanagar.

Amandeep Is One Of Six Arrested Operatives

Amandeep alias Mantri is one of the six ISYF operatives arrested by SBS Nagar police on Monday. These accused have confessed to carrying out two grenade attacks in Pathankot including Pathankot Army Camp. Police also recovered six hand grenades, one pistol, one rifle along with cartridges and magazines. From June to July 2021 onwards, Lakhbir Rode has worked prominently in running a series of terrorist modules through his network in Punjab and other countries.