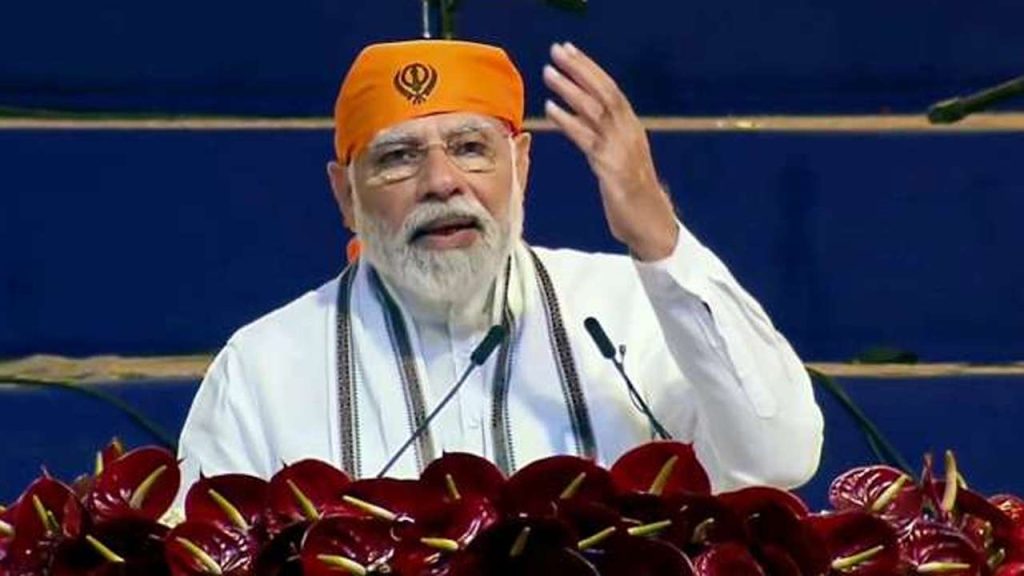 Pm Modi on the pious occasion of the 400th Prakash Purab Celebrations of Sri Guru Tegh Bahadur addresses the nation from the Red Fort. On this occasion, he talked about the sacrifices made by the Sikh gurus and their teachings too.

He said that our Sikh gurus have always protected India’s culture and focused on the nation to grow as one with their ideology. 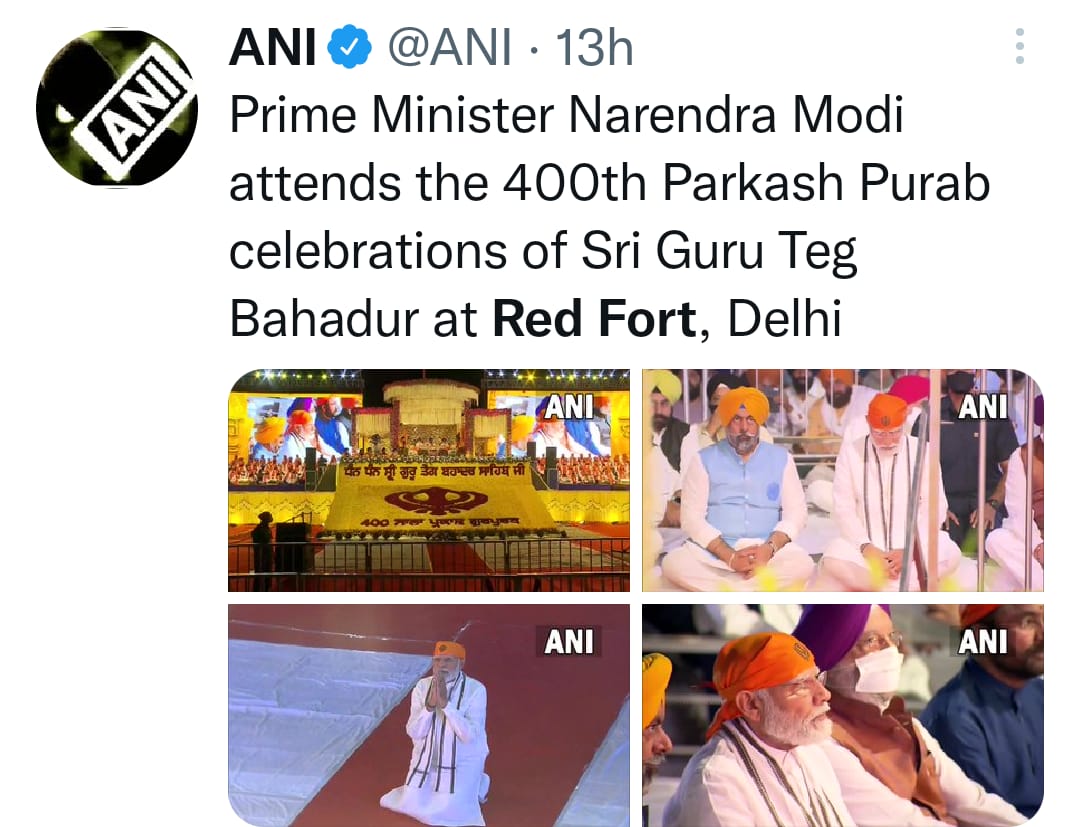 We all have seen that PM shares a spiritual relationship when it comes to people who led as ideals of India. Sri Guru Teg Bahadur is one of them. He says that ” The holy Gurudwara reminds us how great was the sacrifice of Guru Teg Bahadur Ji to protect our great culture.

At that time there was a storm of religious fanaticism in the country. India, which is considered religion as a matter of philosophy, science and self-reflection, was facing people who had committed violence and atrocities in the name of religion”. 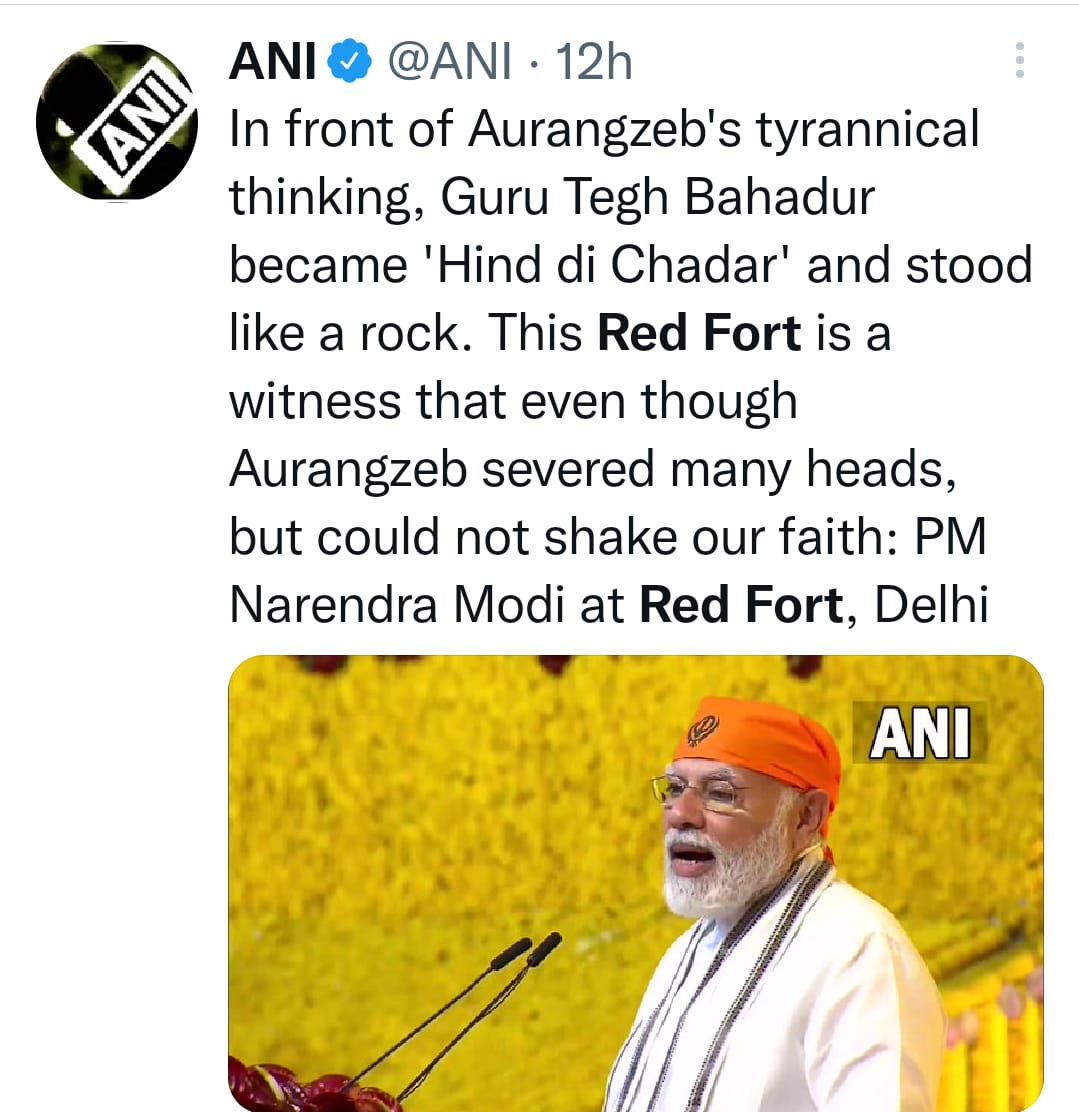 PM Modi also says that even in front of Aurangzeb, a Mughal emperor, Teg Bahadur Ji stood like ‘Hind Di Chadar’, stood like a rock. Red Fort has witnessed that emperors like Aurangzeb and other dictators might have the power to kill people but they were unable to shake our faith from us.

On this occasion, PM spoke about the controversial laws of CAA. On this Pm says that “CAA cleared the way for Sikhs and religious minorities in neighbouring to obtain citizenship in India. All this became possible only because our Gurus taught us to hold humanity above everything else.

“Love and unity are parts of our culture,” he said. These ideologies are very much available and preserved in the Guru Granth Sahib. That helps in guiding people’s power of self-realisation and is an embodiment of India’s diversity and unity.