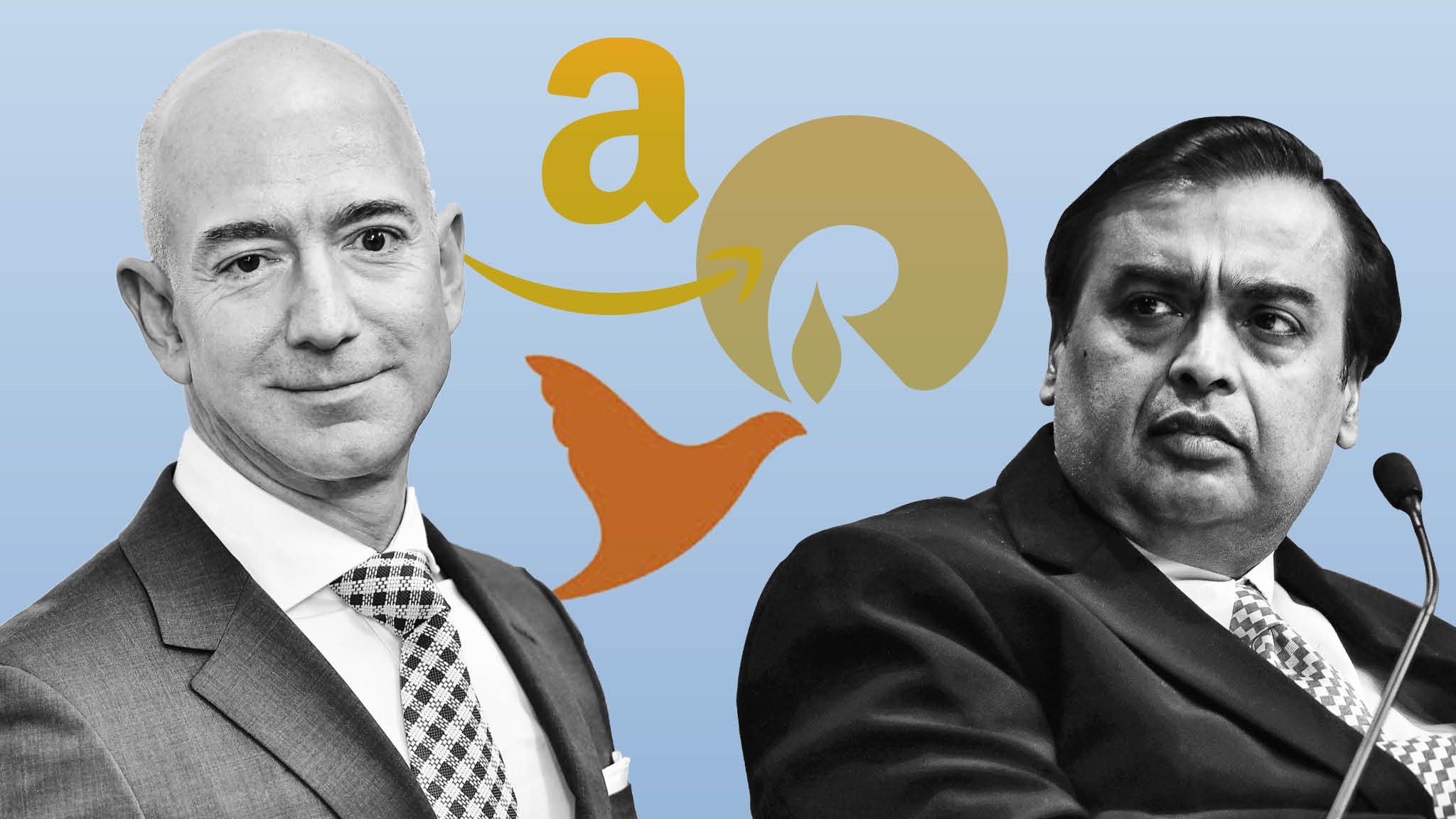 Recently, when SC upheld the enforcement orders of by Singapore international arbitration center. On Amazon’s appeal over plenty of Future Groups and Reliance Groups in the retail sector, the Court of Singapore upheld the deal further. And now the Supreme Court of India has made it very clear in the verdict that the deal is justified and valid under the laws and jurisdiction of Indian laws.

Brief about the case filed by Amazon
In 2016 Future Group and Amazon has signed a contract in which it was written that in case the Future Group wishes to sell their business or any subsidiary they first have to offer that to Amazon and then if Amazon wishes to deny then only the business can be sold to the third party. Amazon has a 3.5% stake in the Future Group in the retail sector which clearly states that according to the agreement Amazon had to be consulted first. So, to stop this deal Amazon filed the case in the Singapore international arbitration center whose verdict turned out to be in favor of Amazon.
The next step was future group appeal in the High Court and then Supreme Court regarding the upheld by the Singapore court of international arbitration center. The Future Group’s stand was the policies and framework of an international institution will not be applicable in India. So, the entire case was about whether the verdict by an international institution is applicable in India or not.

Brief about Singapore international arbitration center
• SIAC is a non-profit organization that administers arbitration under the own rules of arbitration and UNCIAL RULES.
• The headquarters is in Singapore.
• It handles unique cases of management of investment arbitration.
• Established in 1991 as an independent body.
• It helps the parties to keep their matter private.
• It is not the court.
• By opting for arbitration the parties rejects the idea of going to court.
• The arbitration gives a venue where the parties go through the process. The arbitrators try to settle the dispute and give their award which is binding on both parties.
• SIAC offers consensual arbitration to the parties by avoiding the involvement of the court.

SC’s stand and final verdict
Two judge bench of Justice Rohinton Fali Nariman and B R Gavai in its final verdict said that the emergency arbitration’s award of Singapore international arbitration center was under the jurisdiction of the arbitration act and is applicable in India too. Therefore, the hold by the Singapore international arbitration center will be applicable in India too and hence SC upheld the hold. One can say that Amazon got a relief however the future group will challenge the upheld further in the international court. But then now, at least some relief has Amazon got.

Why there is a sudden switch to the retail sector?
Due to heavy completion in the market, the potent companies are competing and there is cut-throat competition in the market. When it comes to retail sectors stores like Big Bazaars, Vishal Mart, Pantaloons, etc. have established their names and are very popular in the retail sector. Therefore, companies like Tata, Reliance, Amazon are willingly trying to explore the retail sector while grabbing the opportunities as much as they could. And who doesn’t want to expand the business operations? The retail sector provides the company a wide option of the supply chain. Customer rapport will benefit the both customer and the seller. Indian retail industries have come out as wide and opportunities-based industries where the prospect and growth are high. Of course, it needs a risk-taking ability but with the right kind of vision and planning, this sector offers you plenty of opportunity and higher profits as they widely target middle group income people.

Significance of the verdict
The verdict itself clearly states that the Indian judiciary does not differentiate between foreign companies and Indian companies. If anyone who is operating in India according to the laws and any injustice is has been done they can look up the judiciary without the fear of the judiciary being biased for any particular originated company. As many experts said that the future group and reliance will win the case but the judiciary has stated that whether Indian or foreign company justice will be ensured to everyone irrespective of the nation the appellate belongs to.

FINAL WORDS
It does not matter who won the case or which company will enter the retail sector but it is going to give a huge advantage to the customer. Competition always turns in favor of customers where customers are offered a better, innovative, wide range of products with both in terms of quality and quantity. This always gives a customer a satisfying feeling. A feeling of appending money rightly at the right place for the right product within their budget. Especially this applies to the middle-income group people who are very careful with their money and track their spending every month. Wide options in every segmentation of products is another advantage of the competition that too on a better price. Also, in these sector companies gets a chance to make loyal customers who will remain with their company and prefer their products again and again over other their competitors’ products like people who love Adidas shoes will prefer Adidas over Bata.

Customer on the other hand will save shipping cost, receives instant gratifications, inspect your articles and items on the spot, and enjoy many attractive discounts, coupons, and gift hampers. It is true great opportunities come with great challenges. The retail sector is itself a challenge where only the potential companies can survive with a positive outlook of creating sales by giving more satisfaction to the customer thereby creating possible ways of surviving the competition with a great number of turnover. A positive outlook and approach do matter a lot.