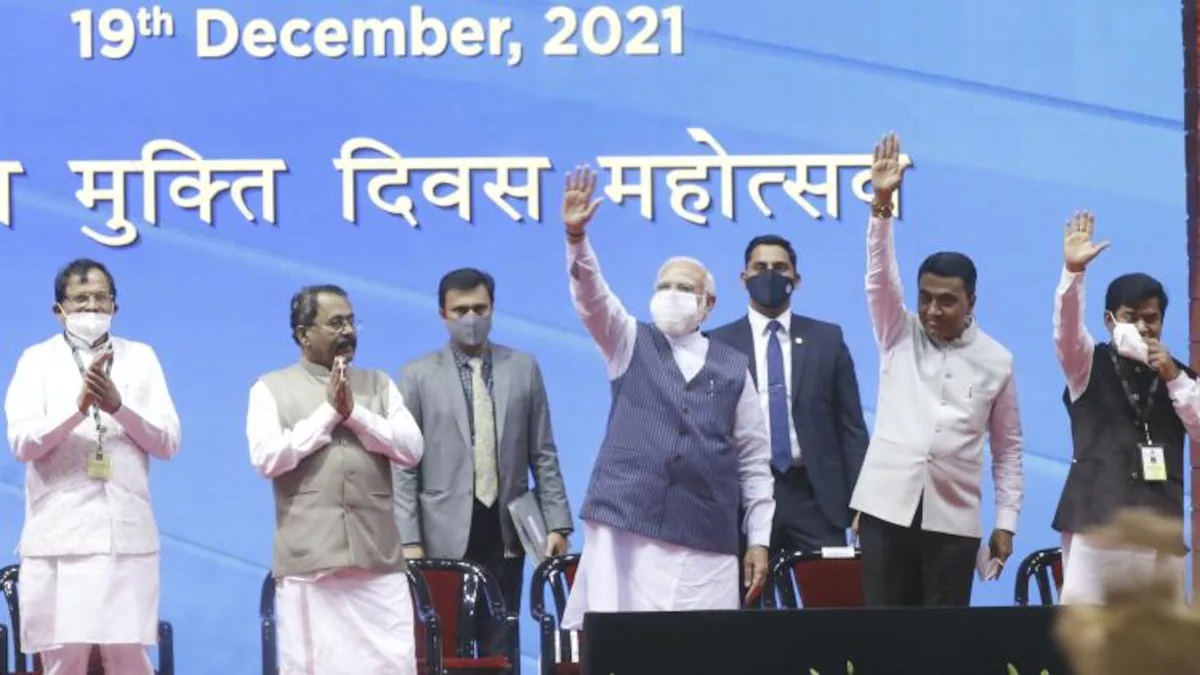 He said that the land of Goa, the sea of ​​Goa has got a wonderful gift of nature. Today, this enthusiasm of all the people of Goa is adding to the pride of liberation in the winds of Goa. I am as happy as you to see the pride of Goa’s glorious history on your faces today. I am in joy I was told that this place became too small, so two pandals were built next to it and other people are sitting there. Today Goa is not only celebrating the Diamond Jubilee of its liberation, but the memory of this journey of 60 years is also in front of us. The story of our struggle and sacrifices is also before us today.

He said that we have covered a long distance in a short time. When there is so much to be proud of in front, then the resolutions for the future automatically start forming. Another happy coincidence is that this Jubilee of Independence of Goa is being celebrated with the Amrit Mahotsav of Independence. That is why the dreams of Goa and the resolve of Goa are giving energy to the country today.

PM Modi said that in the Amrit Mahotsav, the country has given a call to every countryman to attempt power. The liberation struggle of Goa is a great example of this mantra. Right now I was looking at the martyr memorial at Azad Maidan. It is shaped with the figures of four hands. It symbolizes how hands from all four corners of the country were intertwined for the liberation of Goa. You see, Goa went under Portugal at a time when the other major part of the country was ruled by the Mughals. How many upheavals of power have taken place since then? But even after the upheaval of time and power, neither Goa forgot its Indian roots nor did India ever forget Goa. The struggle for the liberation of Goa is such an immortal flame, which has remained unwavering.

He said that the country had become independent before Goa. Most of the people of the country had their rights. He had time to live out his dreams. He had the option that he could fight for governance. Could have taken the position, but how many fighters left all that and chose the path of struggle and sacrifice for the independence of Goa. The people of Goa never stopped the movement for liberation and Swaraj. He kept the flame of freedom burning for the longest time in the history of India. India is not just a political power. India is one idea, one family, protecting humanity and its interests. India is a country where nation is paramount. Where there is only one mantra, nation first. There is only one resolution – one India, the best India.