BHAGAVAD GITA TO BE TAUGHT IN GUJARAT SCHOOLS; CLASS 6-12.

The Gujarat education minister Jitu Vaghani has introduced the addition of Bhagavad Gita in the school curriculum for classes 6-12 across the state. The move has revoked a stir on social media. Certainly, the issue is a sensitive one as it revolves around the sentiments and culture of our country. 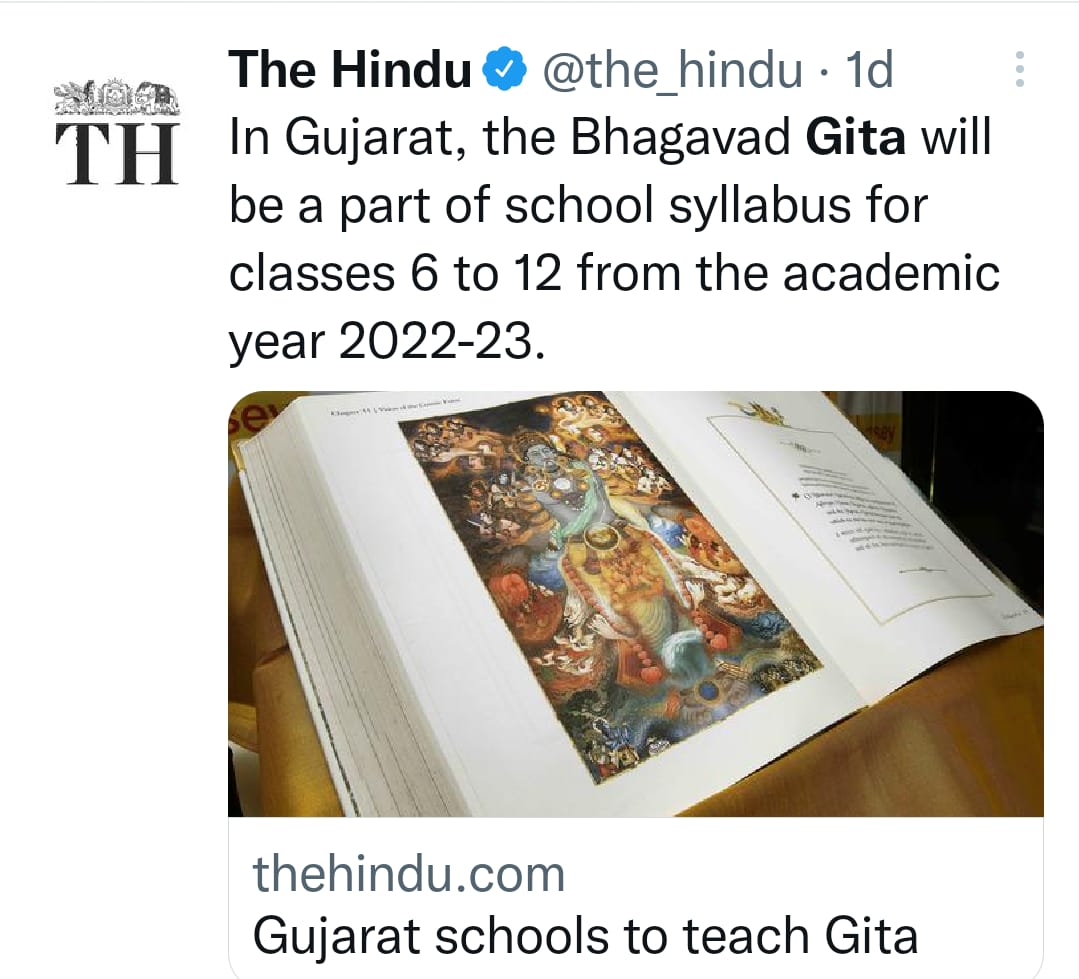 Why Gita Needs To Be Taught ?

The need for introducing Gita in school curriculum is done with the motto to “cultivate a sense of pride and connection to traditions” as the state’s education minister said. 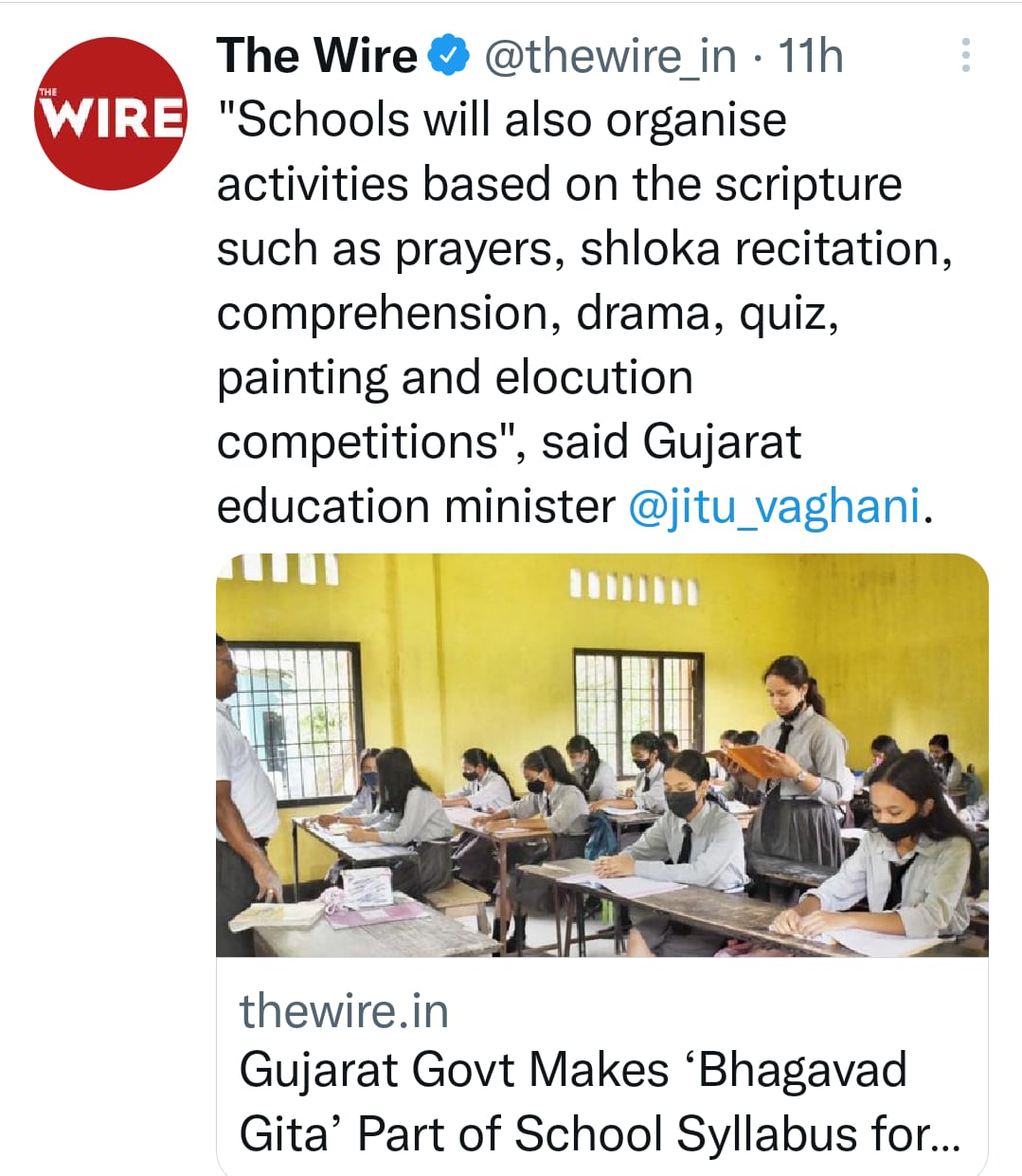 Why Religion Needs A Subjective Approach? 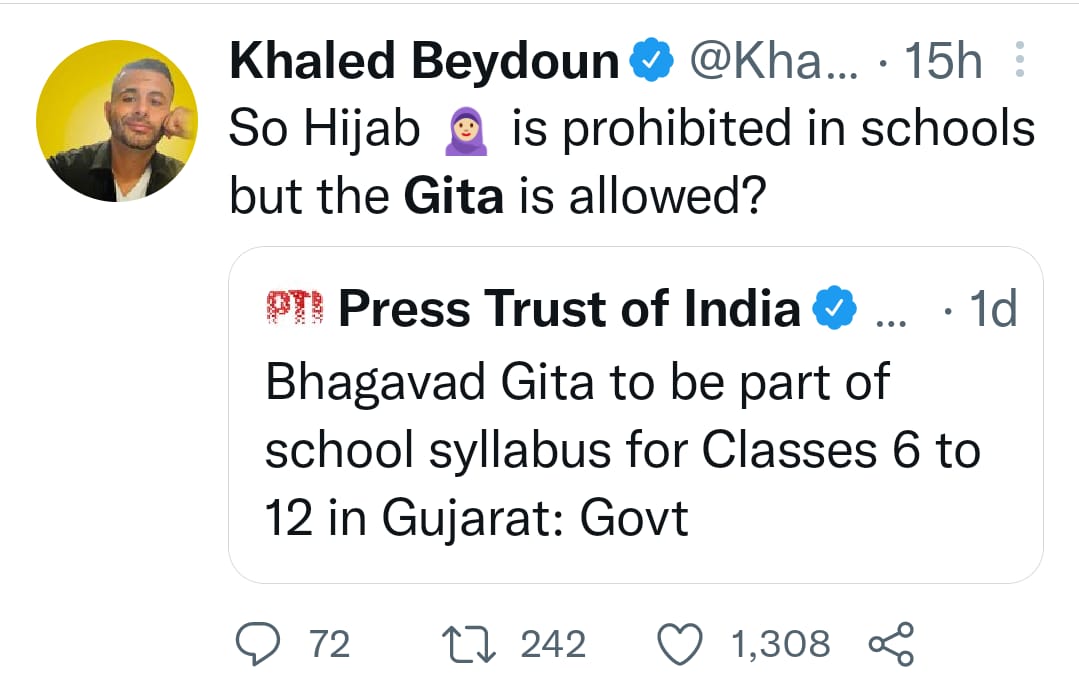 Religion plays a huge role in our country. It is a very deep rooted matter which have been cultivated in our system over thousands of years. So, the importance of the religious text and knowledge is crucial too. But one more thing which every religion teaches us, is the importance of other religion and faith.

Connecting to any religion is a personal choice. As every religion has its own cultural practices which may range from clothes to colour. For example, Hinduism is denoted by saffron colour and Muslim religion follows the colour green. But that does not mean they cannot wear each colours. As our constitution provides equal platform for all religion.

So, introduction of one religious book which belongs to the majority of population is a practical decision. As it can cover maximum students at a time. But we all know that being a multi dimensional religious country such implications can trigger social sensitive issues. Just like we recently saw in Hijab Case.

Schools are temple of education which teaches us to be equal on all grounds. Rather than focusing on education parameters, we are trying to associate things with other interests. Religion is a choice but education is a necessity.