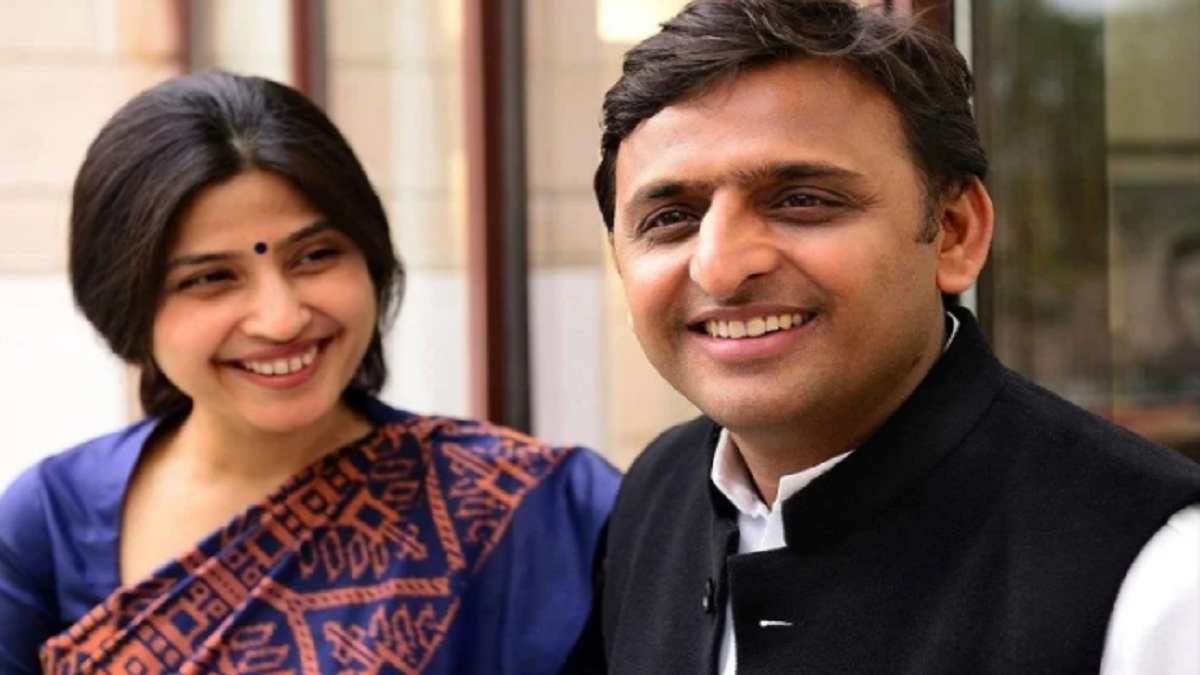 Who does not know Akhilesh Yadav? He is a well-known politician of the country and has also been the youngest Chief Minister of Uttar Pradesh. Akhilesh Yadav, 47, is the son of Samajwadi Party leader and former Chief Minister Mulayam Singh Yadav. He received his primary education from Rajasthan Military School, Dholpur, while from Mysore’s S. J. He graduated from Mysore’s S.J. College of Engineering and then went to Australia for further studies, where he earned a master’s degree from the University of Sydney. Their love story started when he was studying engineering.

The love story of Akhilesh Yadav and his wife Dimple Yadav is no less than a filmy love story. They met for the first time when Akhilesh was just 21 years while Dimple was only 17 years. Both of them met at a common friend’s house and then later both became good friends and later this friendship turned into love.

Sunita Aron has written a book on the life of Akhilesh Yadav, named ‘Akhilesh Yadav – The Wave of Change’. In this book, she has also told many important things related to Akhilesh’s personal life. According to the book, Akhilesh and Dimple used to secretly meet each other on the pretext of meeting a friend.
According to the book, Akhilesh and Dimple remained in constant touch when he was in Sydney. Akhilesh used to write love letters to his ladylove Dimple and also send greeting cards. This went on for about four years. When Akhilesh returned after completing his studies, he had almost made up his mind to marry Dimple.

It is said that Mulayam Singh Yadav was not ready for the marriage of Akhilesh and Dimple, but Akhilesh was also adamant to marry Dimple. Finally, after long war of words with Akhilesh, Mulayam Singh Yadav agreed to their marriage, after which on 24 November 1999, both of them got married. Dimple is the daughter of Lieutenant Colonel SC Rawat, who is a resident of Uttarakhand.

Akhilesh Yadav and Dimple have three children, whose names are Aditi, Tina and Arjun. Tina and Arjun are twins in this. After marriage, Dimple also tried her luck in politics, where she won as well as lost. She has been MP from Kannauj for two terms. She is fond of painting and horse riding.