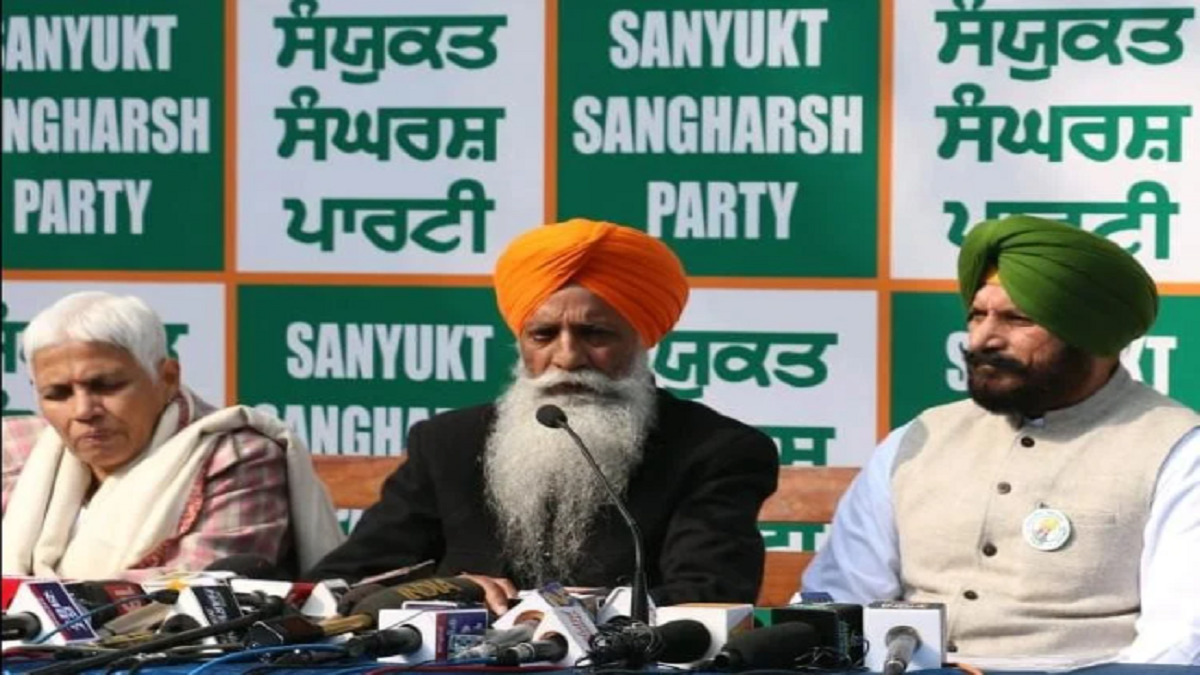 The political crop of the farmers’ agitation, which lasted for a year on the outskirts of Delhi, has come to the fore. Gurnam Singh Chadhuni, president of Bharatiya Kisan Union Haryana has announced his new political party. He announced this in Chandigarh on Saturday. The name of the party was Sanyukt Sangharsh Party. Now Chadhuni will fight in the Punjab Assembly elections under its banner. Chadhuni also announced the office bearers in the press conference. They will work for the poor section of the society. Their main aim will be to end drug addiction. Politics of caste and religion will not be done. During this, he said that politics has become polluted. It needs to be changed. Policy makers who promote capitalism, policies are being made in favor of capitalists. Nothing has been done for the common man, the poor. Therefore, we are launching our new party, the Samyukta Sangharsh Party.

BKU state president Gurnam Singh Chaduni had said that under Mission Punjab-2022, he would form a party in Punjab and contest the elections. Chadhuni is currently carrying on with Mission Punjab. He says that when the turn of elections will come in Haryana in future, then he will also consider it. Chadhuni had said that whoever his party’s candidate would be, he would be a farmer. Discussions are still going on for this.

Farmer leader Gurnam Singh Chadhuni said that today most political parties are occupied by people with money. Capitalism is increasing continuously in the country, and a big gap is being created between the poor. He said that people with money are making policies for the poor. He said that our party will be above caste and religion and will be secular. Chadhuni said that it will be a party of all religions, all castes. Rural, urban, laborers, farmers, street vendors, people will participate in this party.

Chadhuni has said many times in the past that the welfare of farmers cannot be expected without entering politics. He had talked about running Mission Punjab before Mission UP during the farmers’ movement itself. However, the United Kisan Morcha did not agree with his decision. Chadhuni has also announced a candidate during his visit to Fatehgarh Sahib under Mission Punjab.