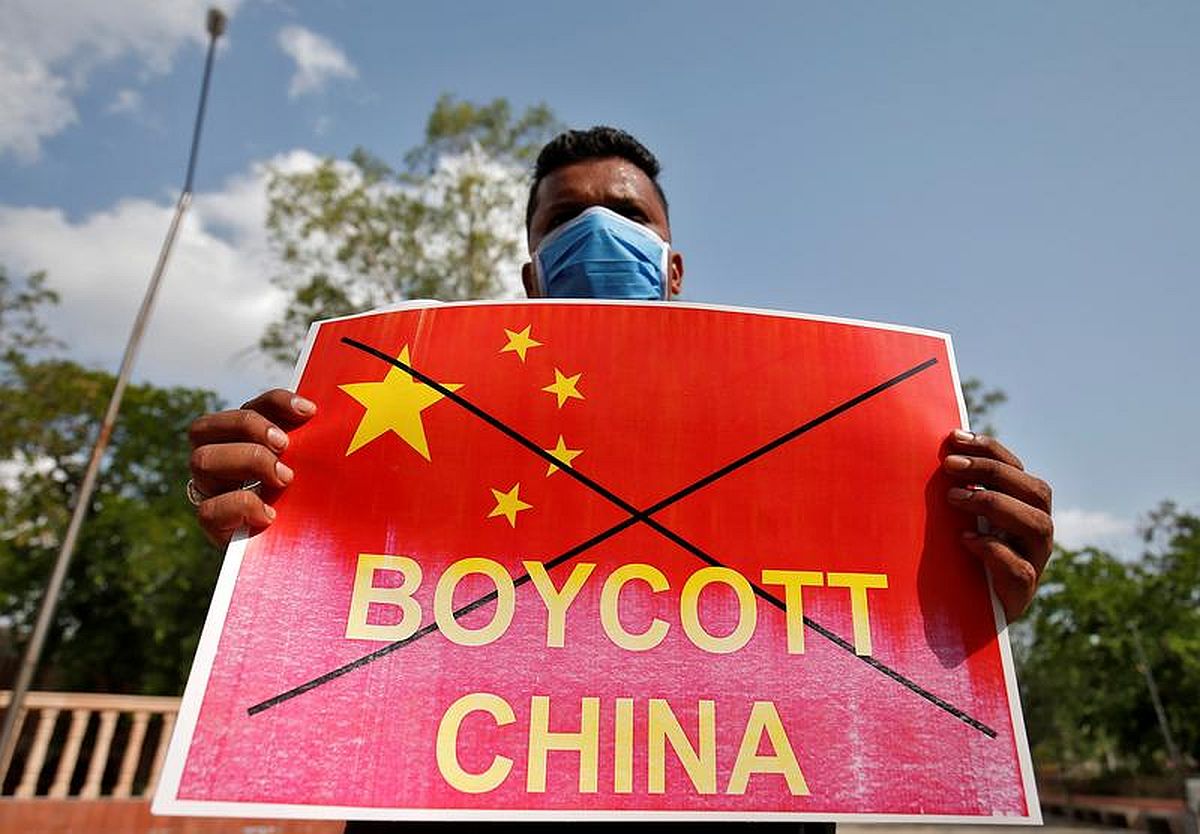 India’s apex trade body, the Confederation of All India Traders (CAIT) estimated China a loss of worth 50,000 crore to China this Diwali. This came as a consequence of the call to boycott Chinese stuffs amid the anger it fired through its actions against India. On the basis of a survey done in 20 distribution cities, CAIT revealed that there were no orders for diwali goods or firecrackers that were placed with the Chinese exporters by the Indian traders. CAIT too itself called for boycotting Chinese goods.

Though China has often been taking upsetting steps against India, the movement to boycott Chinese products aggravated immensely since the Galwan Valley dispute last year. Ladakh’s Galwan Valley witnessed a violent clash between the armies of India and China on 15th of June, 2020. Tensions were high at the LAC (Line of Actual Control) for over a month and the disengagement could only be brought in after at least 11 rounds of talks between the military of both the nations. It has been more than a year but the sacrifice of 20 Indian soldiers who lost their lives in the clash cannot be forgotten by the Indians.

Only a few years back India used to be majorly depended on Chinese products, especially for Diwali celebrations. There are other factors as well that have influenced this changed in the behavior of Indian consumers. Various programs initiated and run by the government including ‘Make in India’, ‘Vocal for Local’, ‘Atmanirbhar Bharat’, etc. also have a major contribution to bring about this result. Government taking initiatives to encourage MSMEs across the nation has played an important role as well. The declining dependency of Indian market on Chinese goods, especially on festivities like Diwali, means a rising encouragement and profit of MSMEs on a huge scale across India.

Though there’s another side of the coin as well. According to the data from China’s General Administration of Customs (GAC), India’s imports from China surged 51.7% to reach $68.4 billion. India imports mechanical and electrical machinery on huge scale. The import of medical supplies has also soared up in the last couple of years. Despite of the boycott call, this surge suggests for more development to be taken in medical and technological fields to eliminate the dependency on imports of equipments and other supplies from China.

Though experts believe that this surge is short lived since factories and industries are being set up in other countries as well on a large scale. After the collective anger that emerged across the globe against China, especially during the pandemic, for its irresponsible and expansionist attitude, many countries across the globe collectively are all set to bring a decline in the dependency of the world on China by countering its cheap manufacturing strategies. With both these positive and negative marks, the huge loss China has faced this festive season in India is a mark of development towards a more ‘Atmanirbhar’ Bharat.