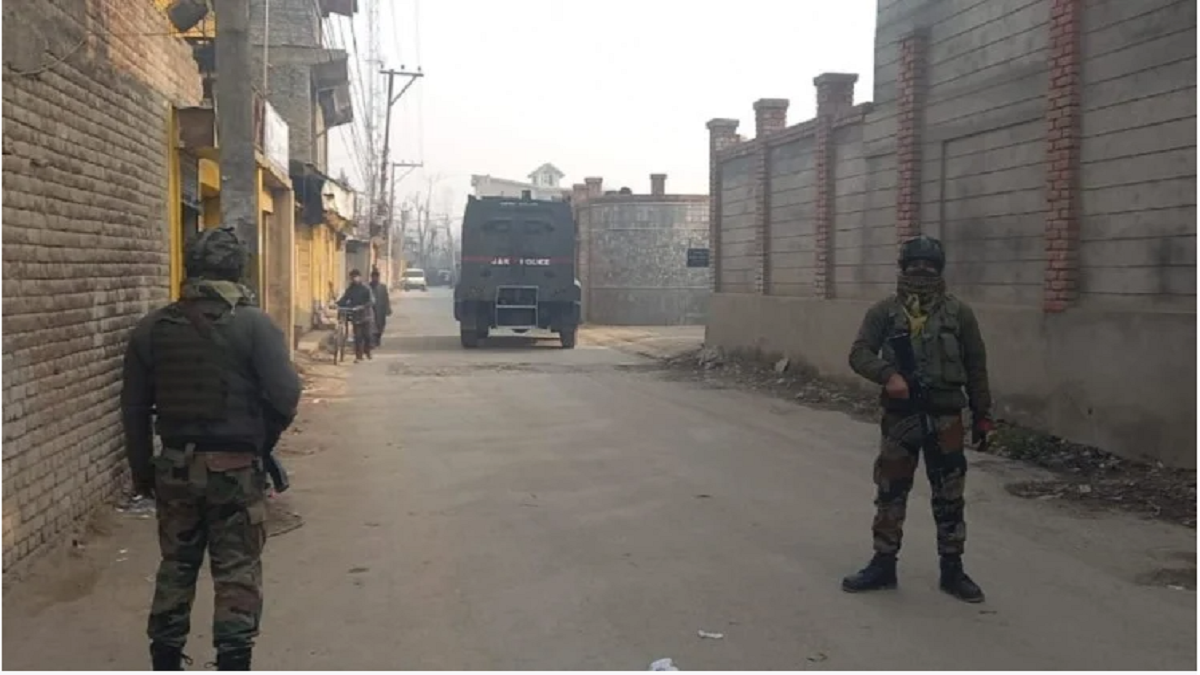 Encounter has started in Rangreth area of ​​Srinagar. Security forces have killed two terrorists in an encounter in Rangreth area of Jammu and Kashmir’s Srinagar. A large quantity of weapons have been recovered from the possession of the slain terrorists. The encounter took place near the Air Force Station. The entire area has been cordoned off by the police and the army in the area. So that if the accomplices of these terrorists are hiding, then they can also be killed. Information is still being received about the presence of some more terrorists in the area. Security forces received information that there is a presence of terrorists in Rangreth, Srinagar.

On this information, the security forces cordoned off the entire area and launched a search operation. Seeing the cordon tightening, the terrorist started firing on the soldiers, but showing restraint, he was asked to surrender. Opportunity was given many times. When the firing continued, the security forces retaliated in which two terrorists were killed. He has not been identified yet.

Police officials say that nothing of the sort has been recovered from them. This would allow them to be identified. Efforts are on to identify them. Only then will it be known from which organization the two slain terrorists belonged. The killing of these terrorists near the Air Force Station is also leaving the question. Because for what purpose did the terrorists come to this area?

There is a large military establishment at some distance from the encounter site. After the information about the killing of the terrorists, the people of the area came out on the road, they pelted stones on the security forces.

Jaish terrorist was eliminated in Pulwama twenty four hours ago
A newly appointed Jaish-e-Mohammed terrorist was gunned down by security forces in an encounter in south Kashmir’s Pulwama district on Sunday. Weapons have been recovered from him. The family members were called to the spot for the surrender of the terrorist by the security forces, but their plea also did not work. When he opened fire, he was killed in retaliation.

He has been identified as Sameer Ahmed Tantre. Police said that Sameer, a resident of Baragam, had joined the terrorist organization on November 2. He was placed in category C. Three Lashkar-e-Taiba terrorists were gunned down by security forces in Shopian. One AK 47 rifle and two pistols were recovered from them.