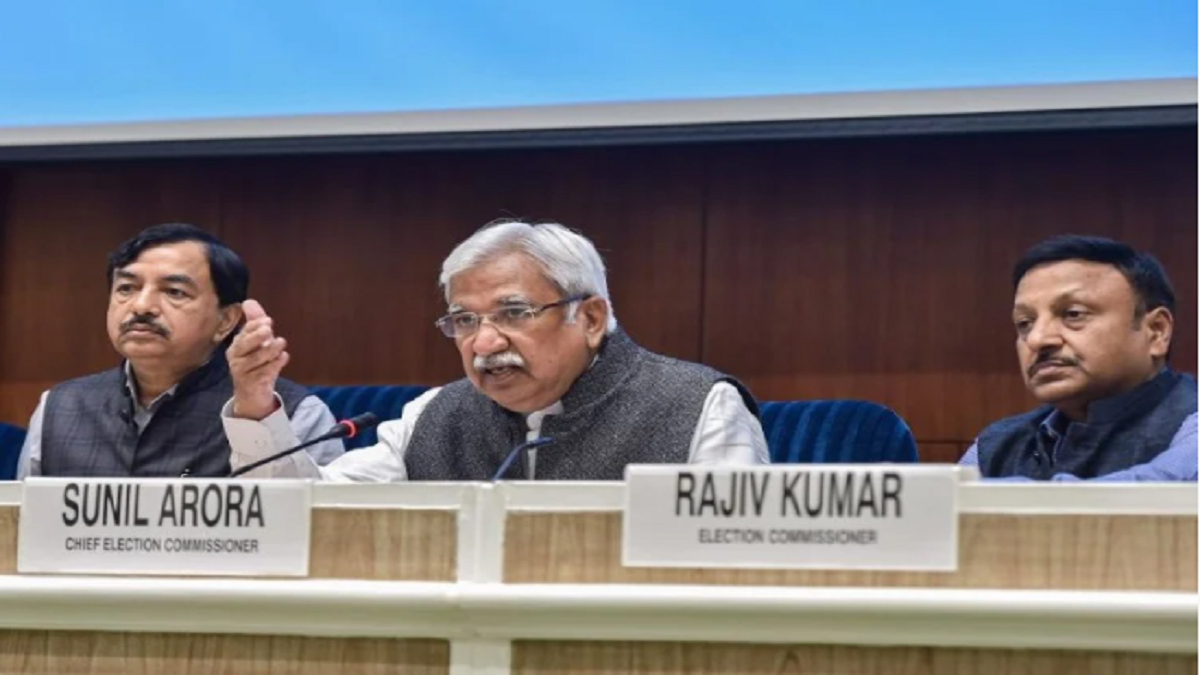 As we all know the Covid cases in India are increasing again that too with great speed with its variant called Omicron. Seeing the elections coming in February 2022 and threat of Corona being on peak in February itself has raised the question of whether the elections can be held in upcoming February or do they need to be postponed for obvious reasons. Although the parties are not in favor of postponing the elections but some measures needs to taken in order the control the spreading of corona pandemic yet again in India.

So, in order to decide whether to conduct the elections in upcoming February or not now the Election Commission of India came forward and called a meeting on decide on this matter. The decision regarding the assembly elections that needs to be held in 2022 in five states was discussed. Although no outcome has come to the fore and now the decision will now be taken in January. The Election Commission will hold another meeting with the Health Department officials in January, 2022. After that it will be decided whether the elections should be held or they will be postponed till further notice. Going with the same procedure, the Election Commission held a meeting with the officials of the Health Department. In this meeting, the increasing cases of corona and Omicron in five states of Uttar Pradesh, Uttarakhand, Goa, Punjab and Manipur were discussed.

According to sources, Union Health Secretary Rajesh Bhushan, accompanied by senior officials of the Ministry of Health and Family Welfare, attended the meeting.

According to the experts, in a few days the third wave of corona with its new variant called Omicron can come, being a super spreader. Meanwhile, the notification may also be issued regarding the assembly elections. However, after the experiences of the West Bengal assembly elections and the comments of the Allahabad High Court, the Election Commission can take some strict steps in order to control Corona. Election Commission officials have already said that they will visit the five states and take a decision only after examining the ground reality in these states and states must be ready in order to conduct the elections without creating an eruption of Covid cases in the state.

As per the Election Commission, the chances of postponement of elections are really less and many big decisions will have to be taken by postponing the elections. For example, President’s rule will have to be imposed in the states where the term of the Legislative Assembly has been completed. At the same time, all the preparations will also have to be done afresh. So, let us wait for the decision of the Election Commission till January now.