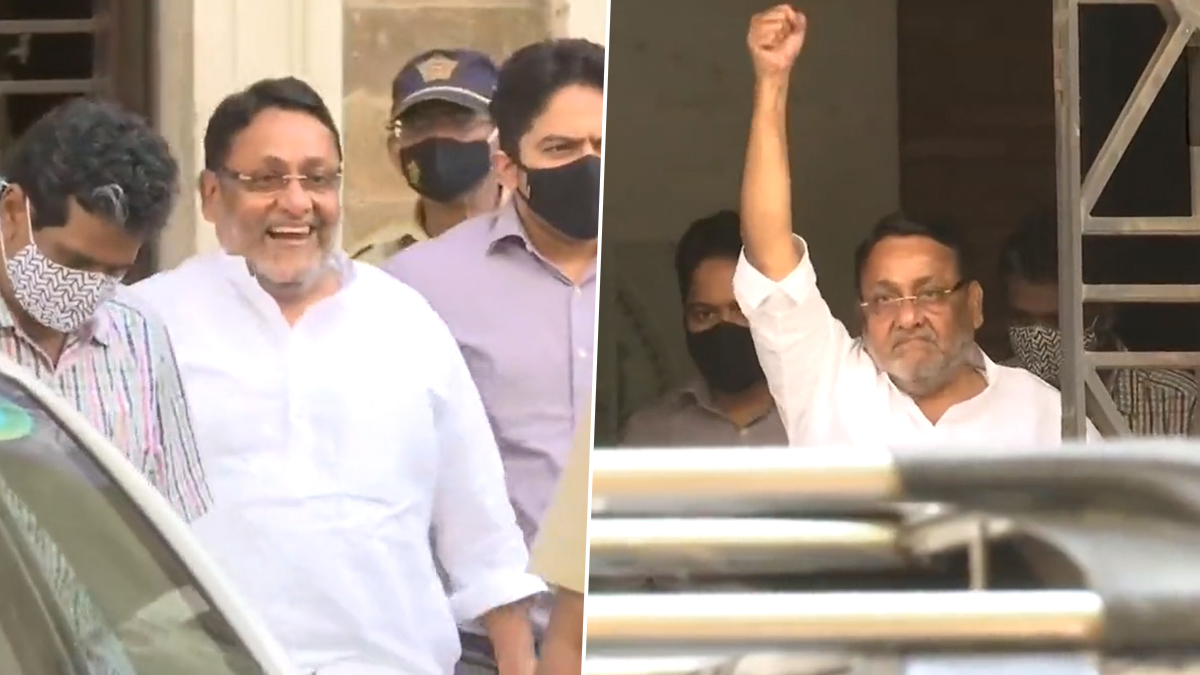 The Enforcement Directorate (ED) has arrested Nawab Malik on Wednesday after a long interrogation. As per ED, Malik is having links with the terrorist Dawood Ibrahim in a money laundering case. He will stay in custody till March 3. On this, Malik said while coming out of the ED office, “I have been forcibly brought here. They should have sent summons first but they picked me up from my house.” Not only that, when he came out of the ED office, he waved his hand in the year showing his courage and heard saying, “We will fight and win, and expose everyone”. 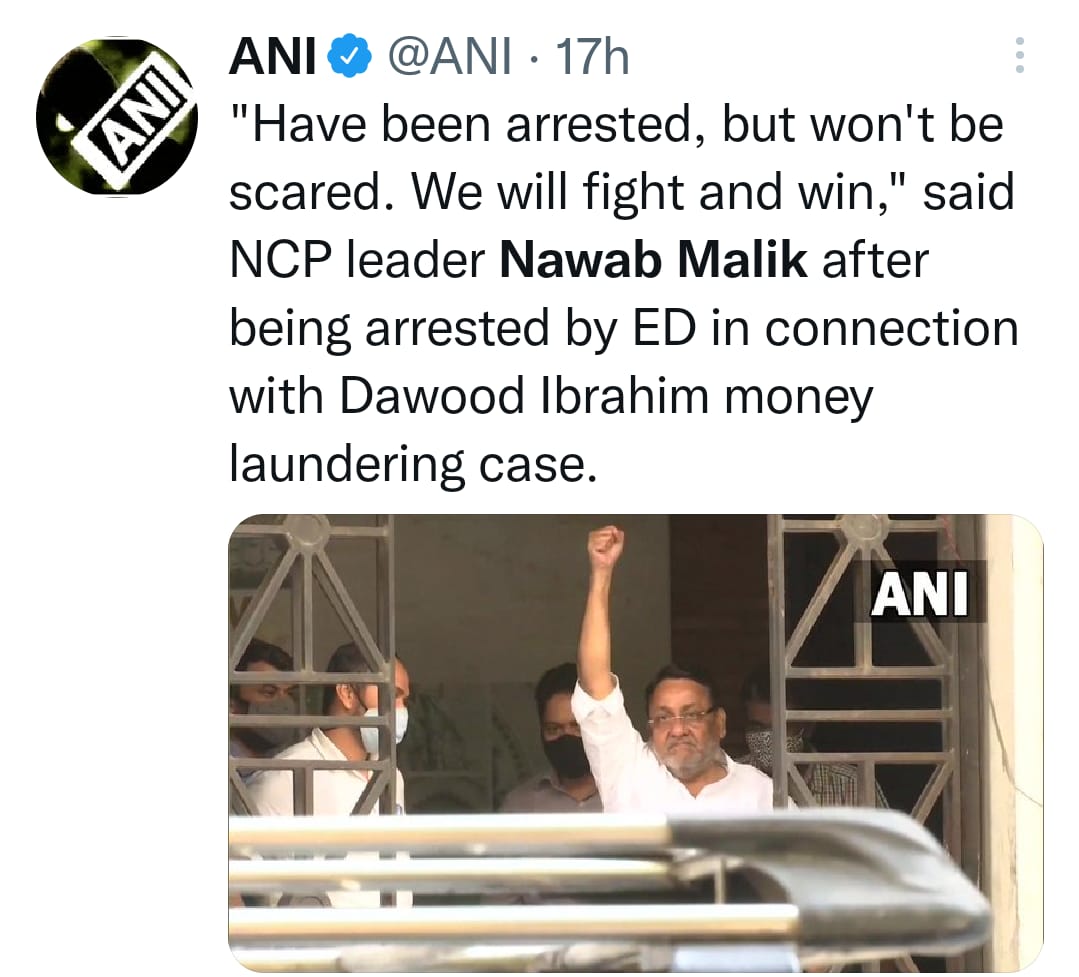 Malik’s arrest is not shocking to the Maharashtra government as they claim that all this is done by the Central agencies to defame their government. Nawab Malik is the second minister from Maharashtra to be arrested by the ED in the last four months. Before this, Anil Deshmukh, former home minister of the state, was arrested by the agency. 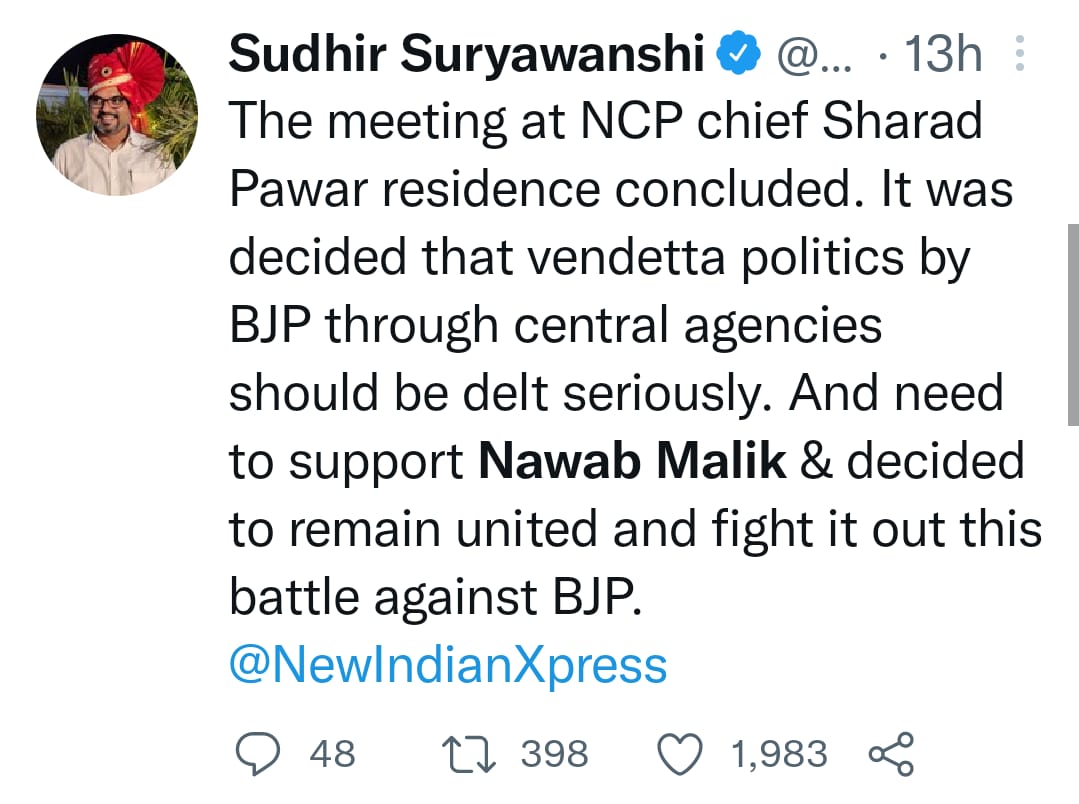 After the arrest of Nawab Malik, NCP chief Sharad Pawar called up an emergency meeting at his place. He said, “I don’t know about the case against him but Dawood’s name has always been invoked to try to defame rivals.” He also said that even his name was associated at one point in time with Dawood Ibrahim. Even 25 years later, they are using the same accusations to harass us.

Nawab Malik recently came into the limelight when he spoke about the Narcotics Control Bureau (NCB) zonal director, Sameer Wankhade. He accused Wankahde of using his post for money extortion from famous personalities. Malik also accused him of defaming and running a conspiracy against Aryan Khan, in the famous cruise-drug case. Not only that, Malik’s son-in-law was arrested by Sameer Wankhade in a drug case, last year.

As far as ED is concerned, it claims that Malik was not cooperative during the investigation. On February 15, ED carried out raids at as many as 10 sites including late Haseena Parkar, Iqbal Kaskar’s sister and brother of Dawood Ibrahim. During these raids, ED found some transactions related to property and money purchased by Malik.

On the other hand, BJP leaders are saying that there is no political angle and benefits attached to it. ED works according to its rules and regulations and we don’t interfere with Central agencies. They also said that Nawab Malik buys land from terrorists.