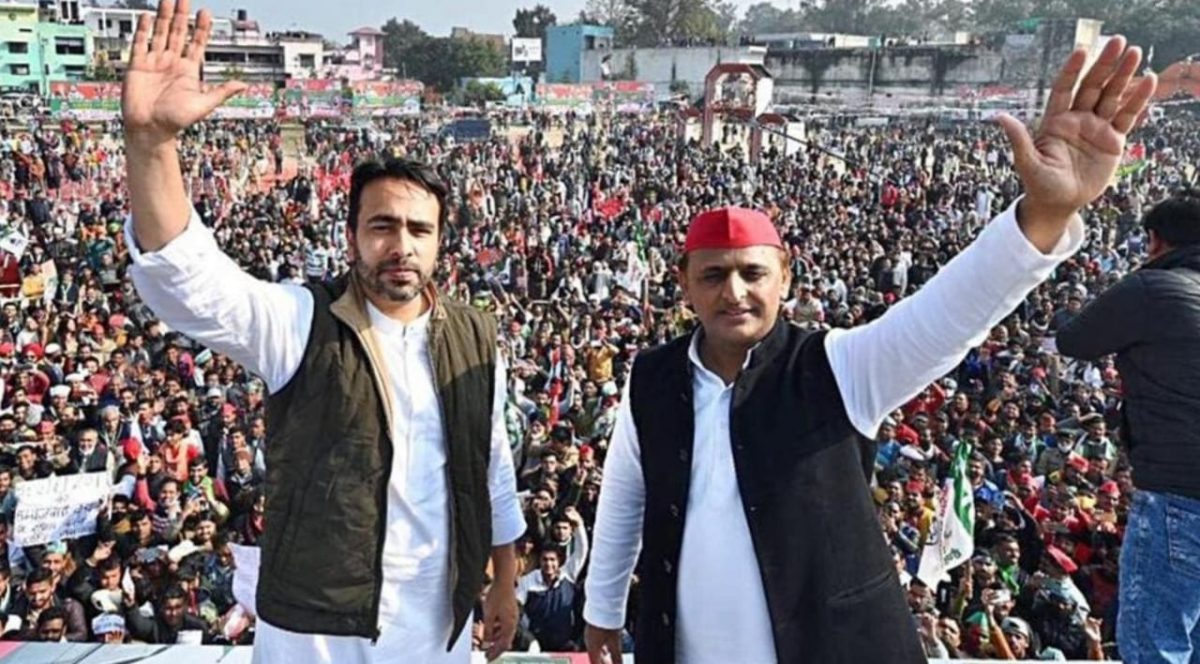 AKHILESH YADAV HITS OUT AT BJP

Uttar Pradesh is completely coloured in the political mood. From multiple rallies of big political giants to small groups voicing their appeal to the common man. Yesterday in Bijnor, the Samajwadi Party (SP) chief Akhilesh Yadav attacked the BJP government in full force. He said that the coalition of Yogi Ji and Modi Ji is a ‘Double Engine’ government that has led to “double corruption” in Uttar Pradesh.

He also said that they are building a new parliament in Delhi, “Who knows what constitution they will bring in there… So, if you want to save Baba Ambedkar’s constitution vote them out. As if they win this time, BJP can do anything to our present constitution. So this fight is to save us.”

Akhilesh Yadav Gives Back To PM On ‘Do Ladke’

While addressing the crowd, Akhilesh Yadav also hit back at PM Modi for his jibe at the SP-RLD alliance.

During his latest interview, PM Modi said that UP has seen the ‘Do Ladke’ story before and the were rejected. This time too, they will be rejected by the people of UP.

On this, Akhilesh Yadav said, “We are farmer’s son and this time you watch out for ‘Do Ladke’.“ He was accompanied by the RLD chief Jayant Chaudhary by his side.

Akhilesh Yadav also spoke elaborately on the farmer’s issue stating that 700 farmers died and this government doesn’t have feelings and time to even mourn for them. Till now, farmers were paying hefty electricity bills and as elections are around, BJP promised to cut 50% prices.

“But we Samajwadi’s have always thought of farmers. We gave free irrigation to farmers and now also we will give free electricity to them. We want to help them so that they do not need to sit on roads protesting for one year,” he said.

“We represent the itar, the fragrance and they represents the foul smell, as they spread hate,” Yadav said. He also added, “In BJP a small leader will say small lie. The bigger one says bigger lies and their biggest leader speaks the biggest lie.”

Taking a dig at the cancellation of the rally due to the weather conditions, he said, “Mausam tho unka kharab hai“.