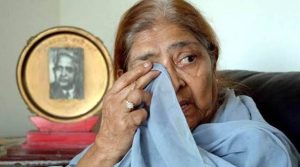 On 24 June, Supreme court rejected the plea against clean chit, given by SIT, to then chief minister of Gujarat ‘Narendra Modi’ in 2002 godhra riots case. The plea was filed by Zakia Jafri, widow of then Congress MP Ehsan Jafri who were killed in the godhra riots along with other 68 people in what infamously known as ‘Gulbarga Society Massacre’. 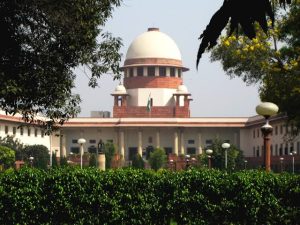 BJP as a party and many of the top leaders of the party are celebrating this as a triumph of truth over false. Home Minister Mr Amit Shah came out in an emotional spree saying that Mr Modi is suffering from last 20 years and rejection of plea against clean chit to Modi by Supreme Court is victory of justice in a true sense. While BJP and its leaders are eyeing to grab this as an opportunity to do a little whitewash for Modi’s anti-muslim image, this actually doesn’t going to make much difference on the ground.

People’s opinion on this matter can be broadly classified as the the ones who are certain about their opinion and others, who are uncertain. Among those who have certainty in their opinion, can be further classified into the ones who are certain that Modi is responsible for riots and others who think modi is innocent. Even among those, who find Modi responsible for the riots, there are people who find this act as a heinous deed and there are others who consided it as a righteous and courageous act in order to protect ‘Hindutva’. But there’s a catch, many of those who find it a right thing to do, falsely claims themselves as the ones who consider Modi as innocent because they don’t want to appear anti-muslim or anti-minority and also don’t want to show their leader in the same light. The ones who have uncertain opinions regarding the subject can also be divided into further, slightly leaned towards left, slightly leaned towards right and those who actually find themselves at the neutral place.

This judgement of Supreme Court definitely doesn’t effect the people who have rock solid opinion of themselves regarding the 2002 riots, but it can affect people and their opinion towards Narendra Modi who keep liquid opinion regarding the subject. The most vulnerable portion is that which is slightly leaned towards right-wing ideology, which makes a bare proportion of the population which even doesn’t seems to be much interested in politics.

Apart from the little actual impact it make on the public, clean chit given to a chief minister doesn’t sounds unfamiliar. This is a well known fact that every time unrest erupts in any part of the country, big leaders and politicians usually walk off from the case very easily. Even during the 1992 Babri demolition, Kalyan singh didn’t held accountable for any of that and became again chief minister of the state 5 years later. He also got clean chit regarding the demolition case along with many top BJP leaders like Lalkrishna Advani, Murli Manohar Joshi etc. Sudhakar rao naik, chief minister of Maharashtra from june 1991 to February 1993, walked off easily after Post demolition Bombay riots. Big leaders and ministers very often finds a safe way for themselves, as they did not directly get involve into action rather make it look like a result of local administrative failure.

This stamp by Supreme Court on the clean chit given by SIT may provide an official character certificate for Narendra Modi and BJP to brag about, but it is of a very little practical value.