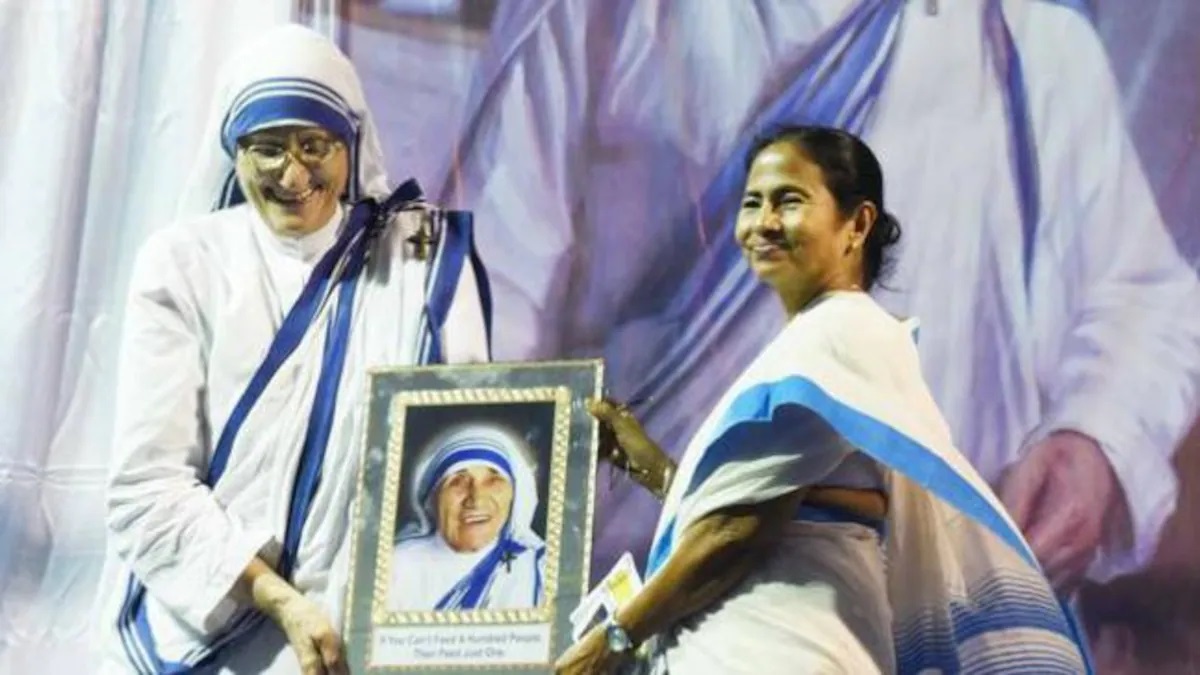 West Bengal government and BJP headed central government are once again against each other. This time it is about the Mother Teresa’s NGO. Actually, Bengal Chief Minister Mamata Banerjee has claimed that the Center has frozen the bank accounts of Mother Teresa’s Missionaries of Charity NGO. However, the NGO made it clear that none of their accounts have been frozen nor have there been any disturbances, and everything is going smooth. As soon as this news went viral on social media after Mamata Banerjee’s claim, a sensation raised on internet among the users. However, some users wrote in favor of Mamata, while some are echoing the voice of the central government.

Mamata Banerjee created this chaos by tweeting. Mamata Banerjee wrote on Twitter, “Shocked to hear that on Christmas the Union Ministry has sealed the bank accounts of Mother Teresa’s Missionaries of Charity in India. Its 22,000 patients and staff were left without food and medicines. Even though law is paramount, humanitarian efforts should not be compromised.”

The organization said, “Everything is normal.”

However, Mother Teresa’s NGO Missionaries of Charity has vehemently denied such allegations. Spokesperson of the organization, Sunita Kumar gave the information that there is no information about any such action by the central government. If Sunita is to be believed then she is unaware of this whole matter. Bank transactions are working properly.

After the allegations of Mamata Banerjee, the Ministry of Home Affairs issued a statement giving a befitting reply to her claims. The Union Home Ministry has said that it did not freeze the bank accounts of Missionaries of Charity, but sent an application for renewal of Foreign Contribution Regulation Act (FCRA) registration of NGOs, which the organization refused. On behalf of the Ministry of Home Affairs, it has been said that the renewal of FCRA registration of Missionaries of Charity was not taken forward because the necessary documents were not made available by the NGO under FCRA i.e. Foreign Contribution Regulation Act 2010 and FCRR i.e. Foreign Contribution Regulation Rules 2011. Due to which the renewal was rejected on December 25, 2021. The Ministry of Home Affairs has said that the registration of NGO Missionaries of Charity is valid till 31 December 2021.

What is Foreign Contribution Regulation Act 2020?