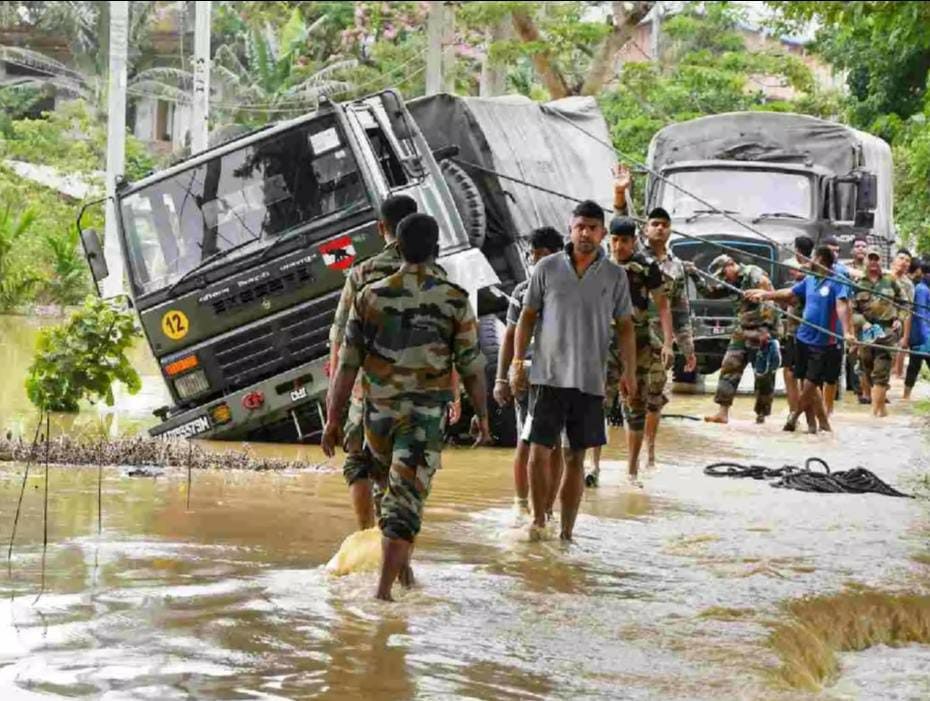 Assam is in the grip of devesting floods for the past one week, affecting nearly 43 lakh people. In more than 34 districts. At least more than 84 people have died in the past few days. According to Assam State Disaster Management Authority.

Union home minister Amit Shah called Assam chief minister Himanta Biswa Sarma and Meghalaya CM Conrad Sangama twice a day to inquire about the current situation and assured them that the central team will soon
visit the state to assess the damage caused by the floods. 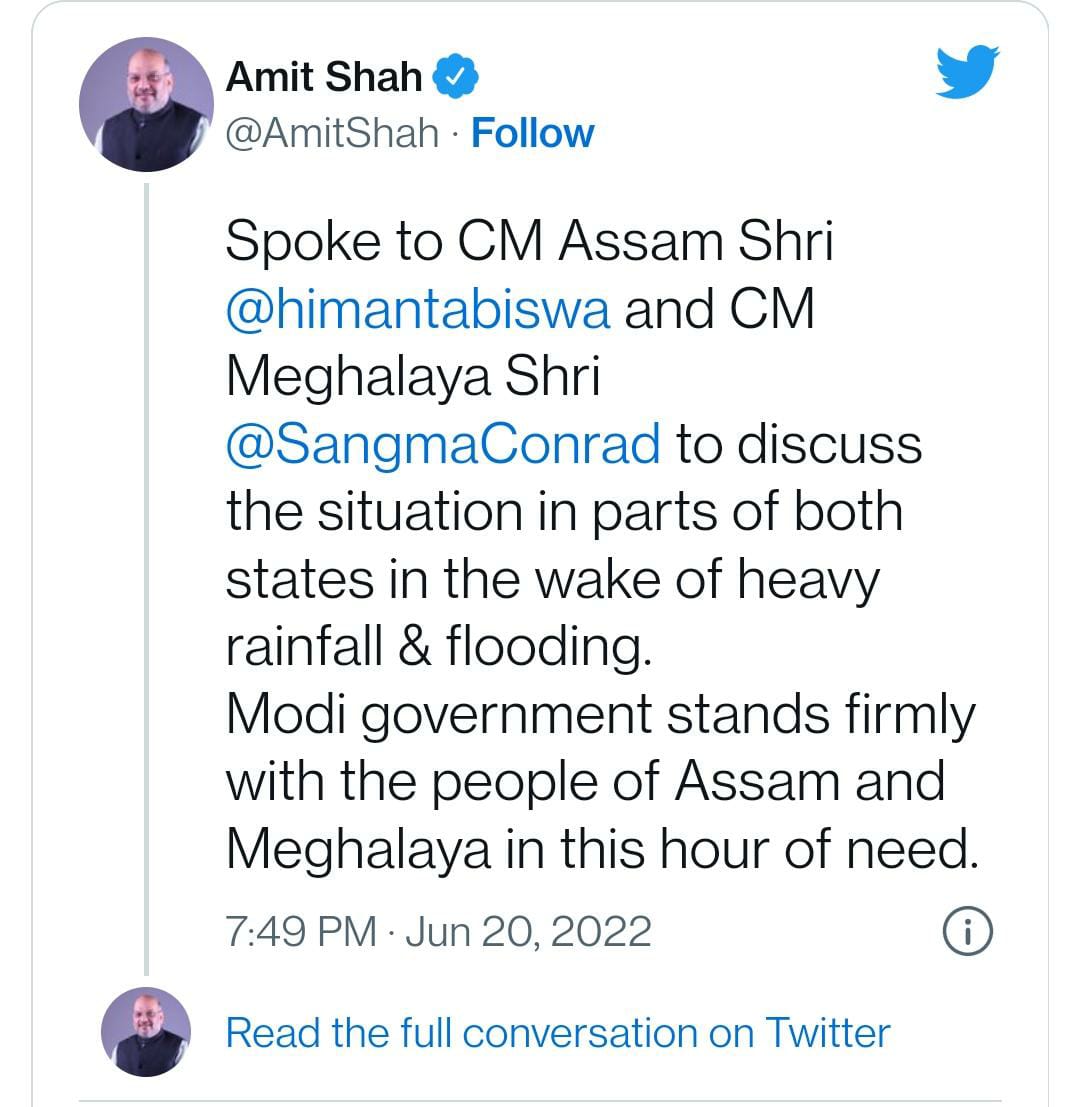 Residents said that the water came suddenly Monday afternoon, and incessant rains had inducted, but the situation took a destructive turn in the last 24 hours. Similar scenes were witnessed in Silchar too. More than 5,425 villages under 125 revenue circles of 34 districts. More than 13 lakh people have been affected alone in lower Assam.

ASDMA reported that 2,31,819 people took shelter in the 800 relief camps in the state. A total of 1,15,498.36 hectares of land have been affected because of the calamity. This data is reported by ASDMA may be more that people are affected because in this crisis probably they won’t be able to evaluate the appropriate data.

Even providing rescue and relief has become a challenge for the district administration. The administration of flood-hit districts has set up more than 820 relief camps, 600 relief distribution centres, and nearly 2 lakh people are currently lodged in them. 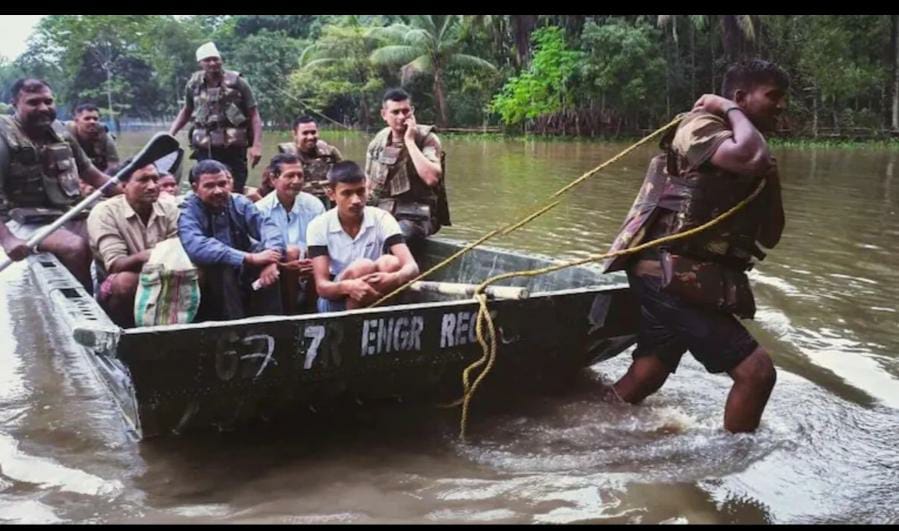 Many families left their marooned houses on boats just to move to safer places. However, arranging of boats for rescue was a major problem for disaster management teams. 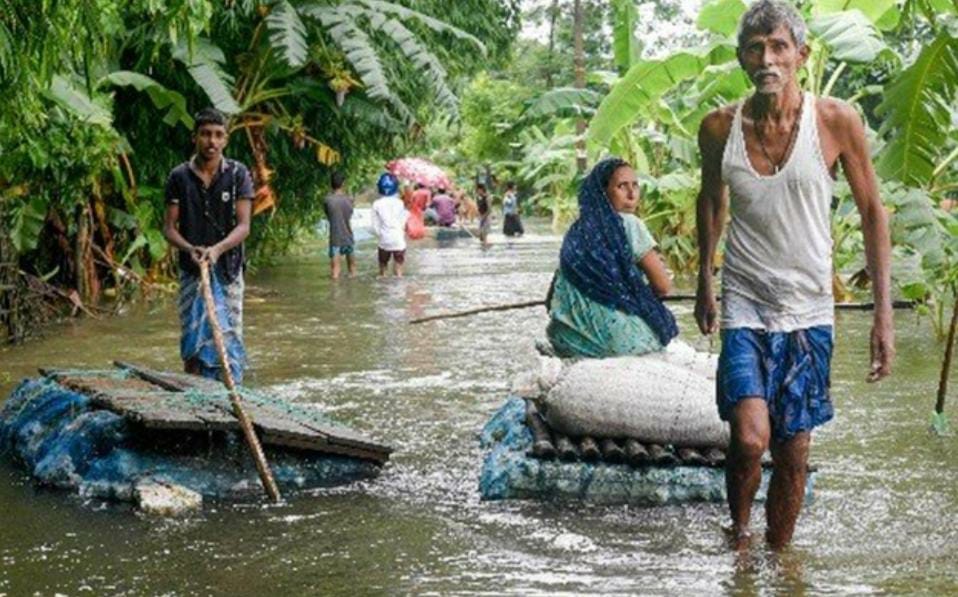 There is no electricity, no food, no drinking water or mobile network. The river water had entered the town and most of the water had accumulated in a natural reservoir near the embarkment. Officials said that rivers Brahmaputra and Barak, along with their tributaries, are in spate. Several areas in Silchar were underwater. Only a few people were rescued in a relief camp

Human beings are suffering due to floods and landscape, and the animals are also suffering. Nearly 60,500 domestic animals are washed away by the flood. Around 3,000 houses have been fully or partially damaged. The situation turned grim center dispatched four teams of NDRF rescuers by air to aid resues operations. Due to floods and rampant landslides, thousands of people remained stuck in multiple places in town. The movement of ambulances has also seemed difficult.