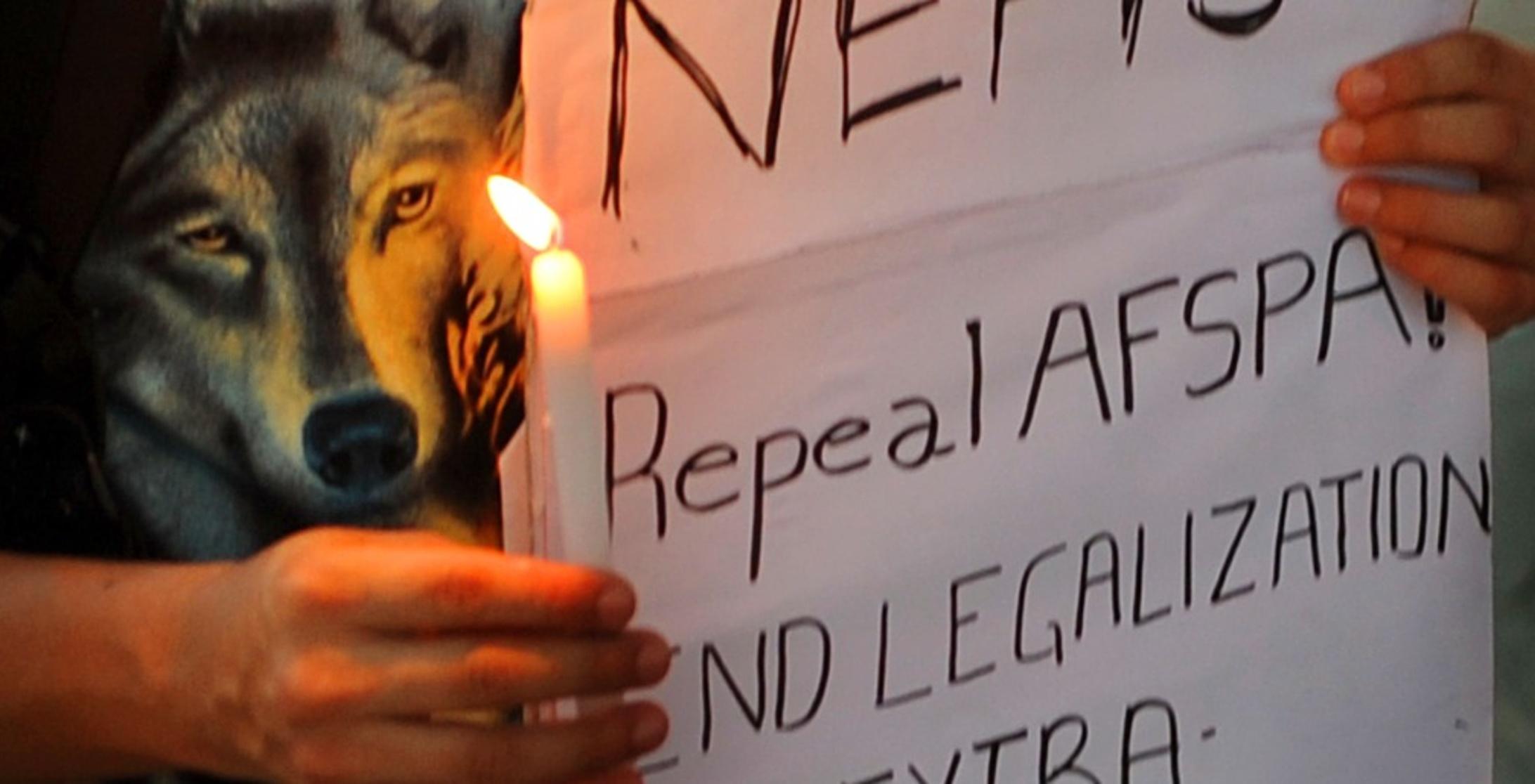 AFSA (Armed Forces Special Power Act) has been in force in the North East for years. However, the people are fighting for withdrawal of the law which they consider ‘draconian’. It is alleged that under the cover of the act, the security forces indulge in excesses with impunity. To justify themselves they point out to the recent incident in Nagaland in Mon  district when security forces have gunned down 13 civilians very recently.

The AFSPA is in force primarily in three states Assam, Nagaland and Manipur. However, Imphal Municipality council area is not being covered by the act. This apart, the act is also in force in three districts of Changlang, Longing and Tirap of Arunachal Pradesh plus areas coming under eight police stations of districts in Arunachal Pradesh boarding Assam.

The NESO (North East Students Organisation) demands immediate repealing of the law by the centre to stop the alienation of the regional people. They allege that the law has given a free hand to the security forces to massacre and torture the innocent villagers. Even there are cases when the women of the villages have been raped by them. AASU (All Assam Students Union) also strongly demands that this undemocratic and draconian law must be revoked forthwith. They assert that the law should protect the citizens and not kill them.

The army has regretted the killing of civilians and constituted a court of enquiry. They say that the army mistook some daily wage labourers returning home from coal mine in a pick up van as insurgents They clarify that the army operation followed credible intelligence report about the clandestine movements of insurgents.

NSCN-IM accepts that the hands of Naga collaborators are involved in the massacre of 13 people. The leaders find fault with the spirt of oneness and Naga nationalism. They accuse the Indian Army to kill more Naga National Workers when the cease fire was in force. They say that Indian oppressors are trusted more by Naga people. They call upon their own people to rise up, if not they say that what had happened to their brothers at Oting village would happen to them. They charge that Union Minister Amit Shah is against the Naga people. His recent statement in the parliament shows his political immaturity and incompetence.

NAGALAND APPEALS FOR THE REPEALING OF AFSPA

Nagaland cabinet is going to ask the centre to repeal the act. The firing and the killing of 13 civilians incidents were discussed threadbare at an emergency meeting. It is understood that an SIT led by an IGP has been formed and asked to submit the report within a month.

The Union is the largest organisation representing the ethnic Naga groups. As a protest against the heinous and barbaric killing, they have called for one day bandh, and four days of mourning besides asking the centre to remove 27 Assam Rifles from Mon district.

Repealing the act is a very old demand of the people of the region. We can recall a 16 year long hunger strike by Irom Sharmila, a 28-year-old woman, for the same purpose. It is not the first time that such a mayhem has happened in Mon district. Even in 2000  there was another massacre of 10 civilians at Malom.  Innocent civilians, even mistakenly, cannot be killed in a democratic country. It is time that the centre should seriously go into the pros and cons of the issue and take a well considered decision. People are eagerly waiting for that.