Delhi tops the list in plastic waste generation across the country. This information is by the CSE (Centre for Science and Environment) in their latest report titled ‘State of India’s Environment 2022’. Delhi generates 689.8 tonnes of plastic in a single day. 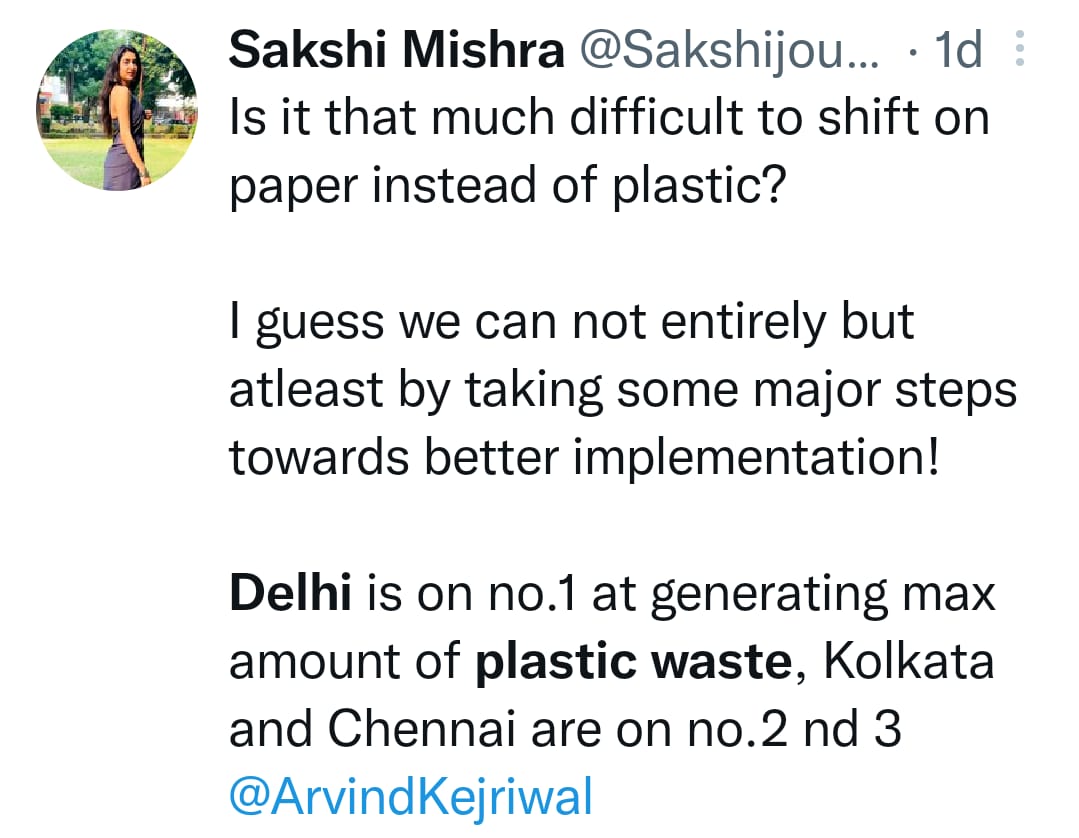 CSE is an NGO that calculates the data provided by the Central Pollution Control Board (CPCB). According to the data analysis, India produces a huge amount of plastic waste, 25,940 tonnes of plastic waste every day.

Plastic waste is a major issue, especially in metropolitan cities like Chennai, Kolkata,  Mumbai, Bengaluru, Hyderabad, Ahmedabad and others. The amount of wastage is increasing at a high rate too due to many factors. Like the growing population, Increasing consumption of packed foods and items, plastic packaging is cost-effective too, easy to use and throw etc.

Delhi topping the list also raises the question that despite having all modern facilities, the city fails to deliver. On the other hand, the Program Director of Solid waste Unit of Municipal Co-operation of Delhi says “The main reason is the population density of Delhi. Waste is dumped mostly without segregation.” 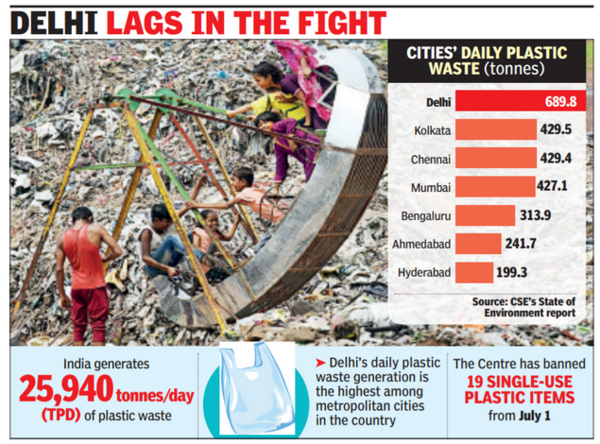 Waste segregation is the one key steps that help in removing the plastic and other non-biodegradable items at the basic level. This also helps in recycling pf plastic too. Along with this, waste segregation can help in promoting the methods to curb land, air and water pollution too.

But the awareness about waste segregation is not much in Delhi as informed by Siddharth Ghanshyam, deputy programme manager, solid waste unit, MCD. He also adds that even pandemic has played a crucial role in increasing plastic waste to new heights.

According to the report, The production of plastic in India is now 18.5 million tonnes as compared to 17 million tonnes 2018-2019. Out of this 18.5 million, 60% plastic waste comes from single-use plastic mainly generated by the packaging industry.

To curb the issue of single plastic use items, the Centre has banned the nineteen items in this category. Like plastic sticks used in balloons, flags, earbuds and ice cream, disposal plastic in decorative and disposable items.

The report also suggests that the government needs to focus more on such issues. More research and development is required to find more innovative solutions to tackle this problem. Also, the government needs to sensitize more and more people about the use of eco-friendly packing and find methods to cut the cost of such materials. So, that they are easy on the pocket of both the consumer and manufacturer.