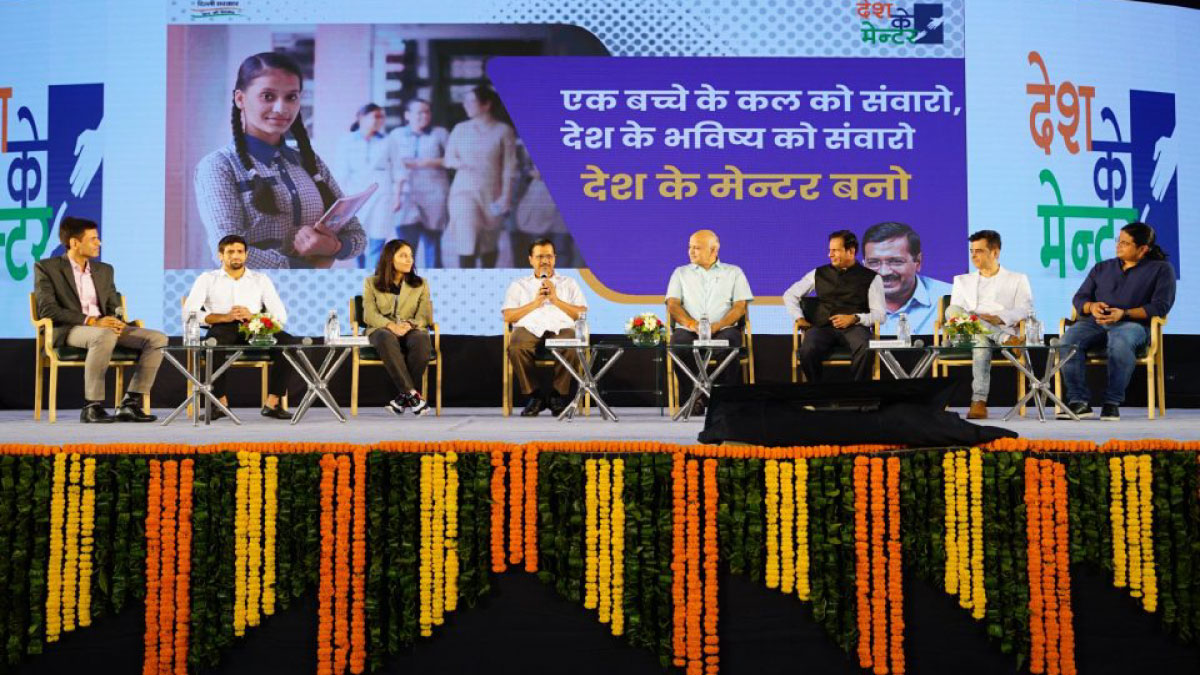 Delhi government has recently released the ‘Desh Ke Mentor’ programme in October 2021. The aim of this programme was to assist students studying in classes IX to XII with voluntary mentors, those are between the age of 18 and 35. These mentors will assist students in understanding different career and higher education options, preparing for competitive exams, and dealing with psychological pressure. As noble as the initiative sounds, the NCPCR finds it rather controversial. The commission has found several “loopholes” in the programme and the Delhi government to “overhaul” them.

A Programme To Mentoring Students

‘Desh Ke Mentor’ programme was launched last year, and it is a platform where students in classes IX to XII can have access to a mentor. This platform is being created by a team at the Delhi Technological University (DTU).

A person, between the age of 18 and 35, interested in becoming a mentor can register her/himself on the app and the person will be connected with students.

The volunteer mentors will connect with students through regular phone calls for a period of two months. There is also an option to extend the duration to four months. During the period, mentors will solve all the queries of a student regarding higher studies, career options, exam preparation, and handling pressure.

Delhi deputy chief minister Manish Sisodia said a total of 44,000 people have registered themselves as mentors and worked with nearly 1.76 lakh students.

Where The Controversy Lies?

The platform has a registration section where an interested person is required to fill with all the personal data. As a registration process, the person is required to accept an undertaking that states, “I hereby declare that all the information provided by me is true to the best of my knowledge and that I have never been charged for (or involved in) any activities relating to the violation of the rights of children”.

There will also be a brief psychometry test which will ensure the eligibility to be a mentor. The test entails rating on how much the registrant agrees or disagrees with certain statements including ‘Men and women should be treated equally in our society,’ ‘I am willing to put a great deal of effort to excel in my professional life’ and ‘I think lying is justified when I can benefit by doing so’.

To ensure safety, the app will connect the mentor with a student of an equal gender. Additionally, students can only join the programme after taking parental consent. However, the apex child rights body has raised concerns over the programme’s limited effort in solidifying the safety of students. It pointed that assigning mentors to students of the same gender does not protect them from potential abuse.

Also read: Third wave of Covid: Increase In The Number Of Active Cases In Maharashtra, Closure Of Schools And Colleges in Bengal

NCPCR further noted that there is no mandatory police verification of the persons joining as mentors. This creates a loophole in safety. The app has not even been mandated to upload proof of identity.

As another safety measure, the interaction with students has been limited to phone calls. To this, NCPCR said it is not the safest measure as “child-related crime can be initiated through phone calls as well.”

Lastly, the commission noted that the Delhi government has tried to put the responsibility and accountability of any untoward incident on to the parents. Whereas, parental consent is a crucial part, however, it cannot be considered as a “cushion” for a possible case of abuse.

“A Conspiracy By BJP”

Responding to the issues raised by NCPCR, Sisodia said it is a conspiracy by the ruling BJP to malign the programme. He further raised questions on BJP’s motives. “Panicking because of this programme, the BJP has attempted to put a stop to it with a conspiracy. The BJP has used the NCPCR to issue directions that the Delhi government put a stop to this programme,” Sisodia said.