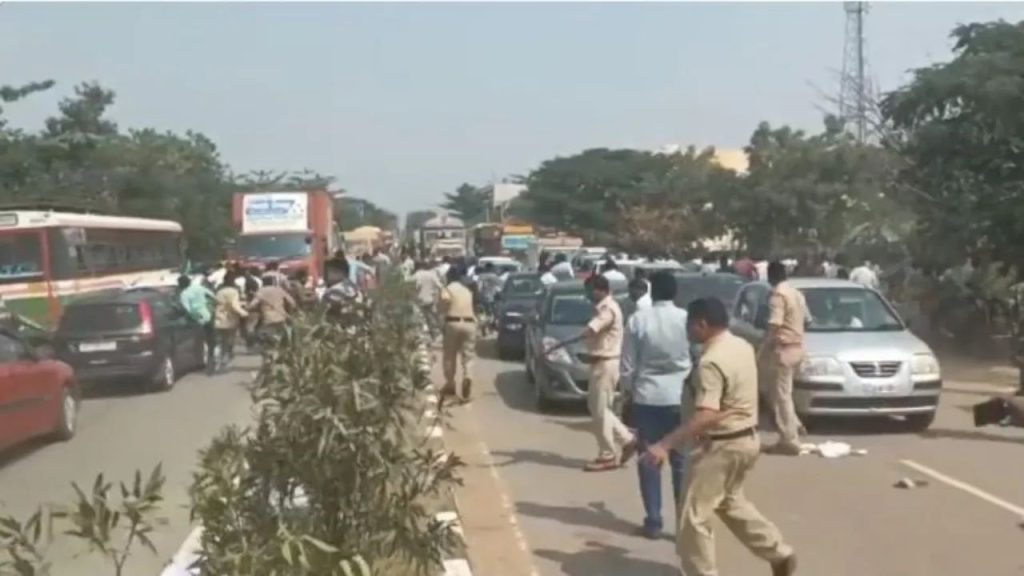 Congress youth workers recently thrashed Bharat Rashtra Samithi MLA Rasamayi Balakishan’s convoy for non-execution of schemes and not completing projects on time in Telangana’s Karimnagar. All this happened in Gundlapalli village in Ganneruvaram Mandal on Sunday when BRS’s Rasamayi Balakishan was on a visit.

Bharat Rashtra Samithi MLA Rasamayi Balakishan’s convoy was assailed by chappals. Countless Congress youth members assembled on the road orchestrated a dharna and mandated to complete a double lane and some other projects that were assured. But, all those projects were delayed for so long and were incomplete.

Telangana Congress shared a video. The video shows how the Congress Youth workers encircled the MLA’s car when it got there. Then, the security with the MLA tracked him away. However, he didn’t run from there. The workers arrived and withstood in front of his car and stopped it. Workers were constantly chanting slogans. When the situation seemed to get out of control, the police had to intervene and did a lathi charge to scatter the crowd. 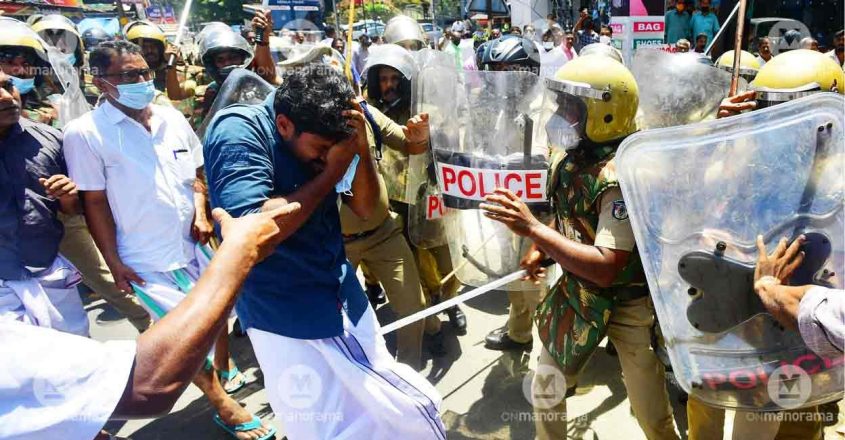 Congress President of the Karimnagar District, Dr. Kavvampally Satyanarayana, conveyed his unanimity with the chiefs of the youth groups that were remonstrating.