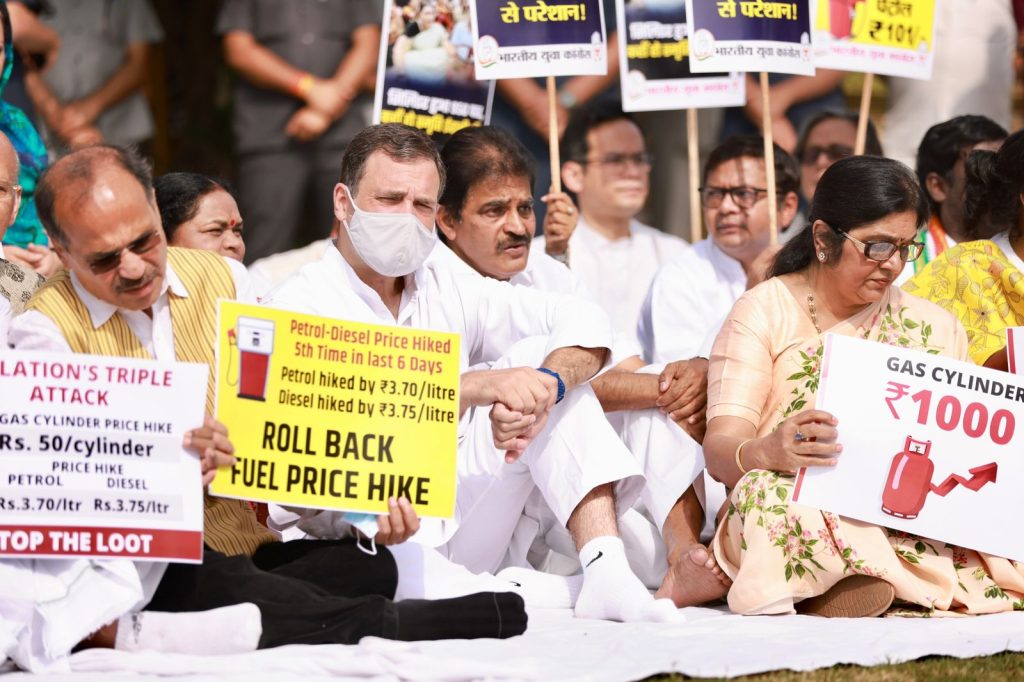 Petrol and diesel prices were hiked again on Thursday for the ninth time in the last 10 days.
Congress MP in Rajya Sabha Digvijay Singh said, The Center has closed the PF rate at the lowest level ever at 8.1 percent but has decided to increase the investment limit in the stock markets by 15 percent. On one hand, the Center has cut interest rates. On the other hand, it has left the PF fund to expose the market for speculation. This is not the money of the Centre, it is the hard-earned money of the laborers. 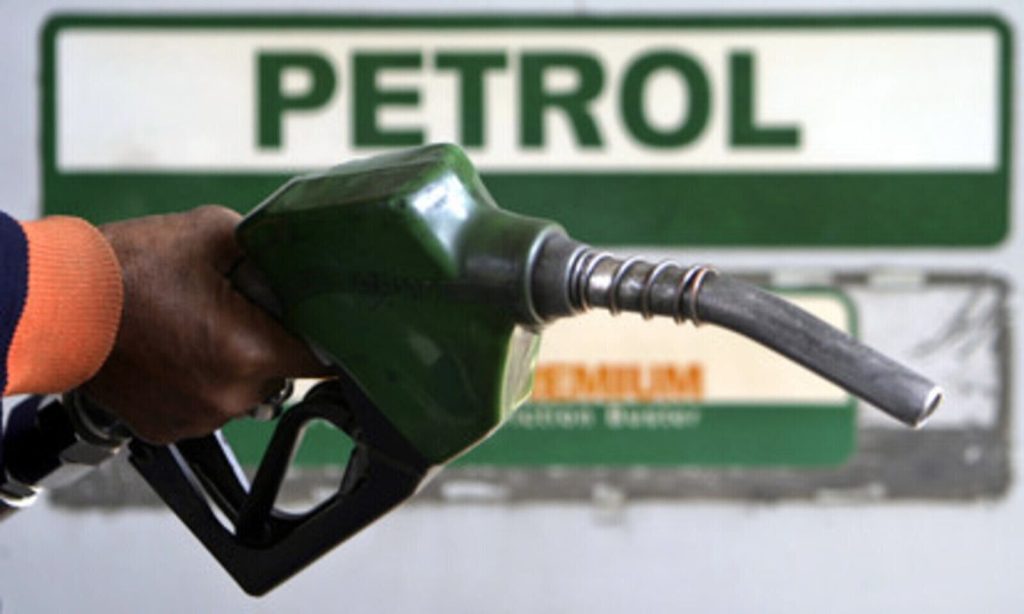 In addition, Congress has launched nationwide protests on the issues of inflation and fuel price hike. Congress leader Rahul Gandhi is leading a protest against a hike in fuel prices by Congress MPs from both Rajya Sabha and Lok Sabha. The protest is being held at the iconic Vijay Chowk in Delhi. 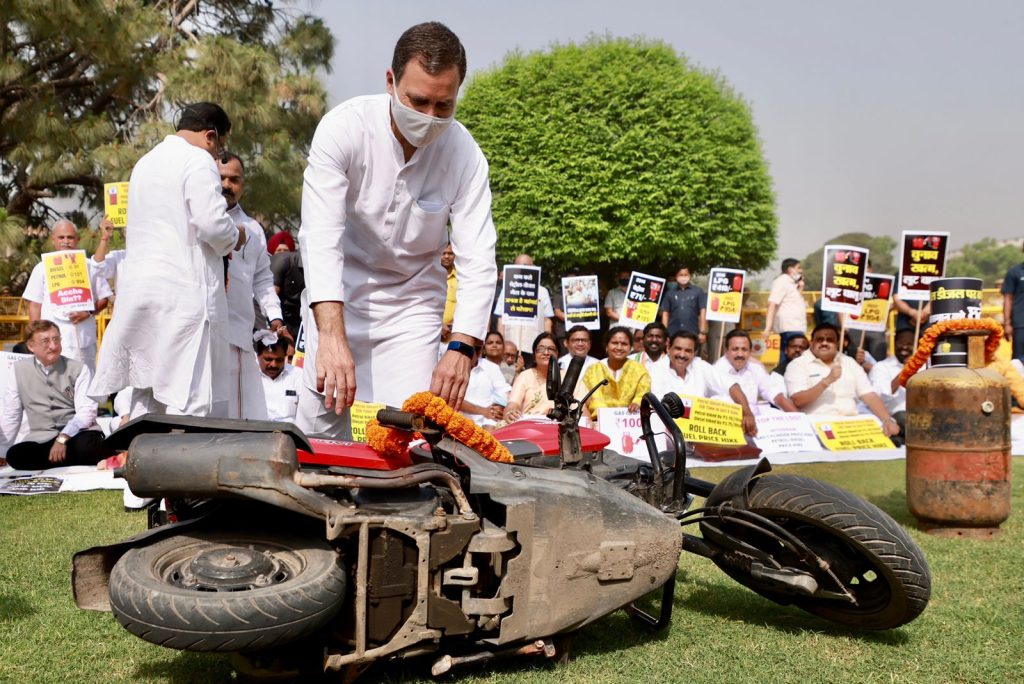 A fierce critic of the BJP-led government, Rahul Gandhi has intensified his attack against the ruling party amid a spurt in fuel prices in the past few days. 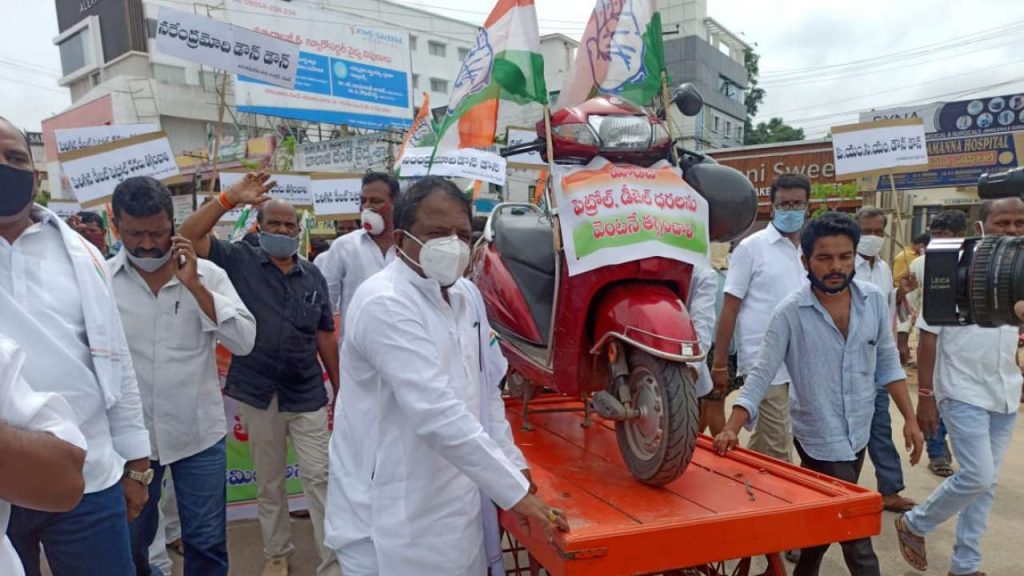 The Congress also started its three-phase campaign against the Center ‘Mehngai Mukt Bharat Abhiyan’ from today, which will run till April 7. Petrol and diesel prices have increased nine times in the last 10 days.
Rahul Gandhi says that we had predicted that as soon as elections are over in five states, fuel prices will be increased.We demand that fuel prices should be reduced