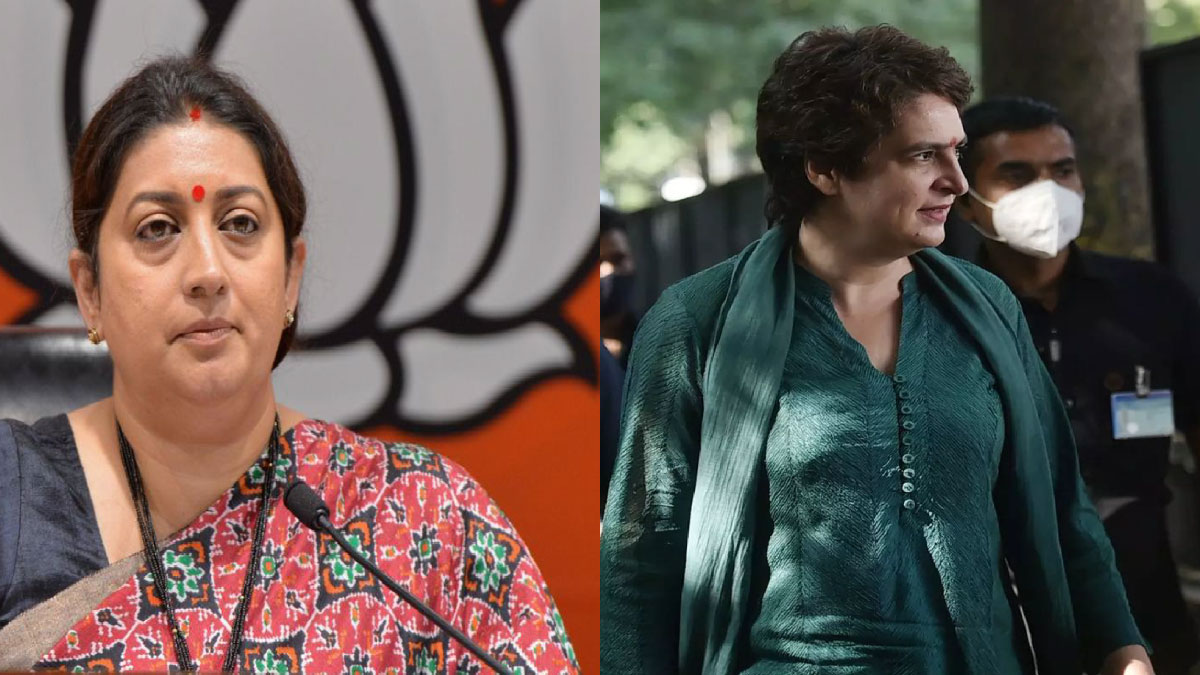 Priyanka Gandhi herself is handling the command of the Uttar Pradesh elections. This time, she is going among the public regarding the issue of women empowerment in the elections. The slogan given by Congress in the elections this time is, ‘ladki hoon, lad sakti hoon’ (I am a woman, and I can win).

Not only the slogan, but Priyanka Gandhi has also spoken about fielding more women candidates in the Assembly elections this time. Through her slogan, she is trying to establish a direct dialogue with women this election.

When a media person asked Union minister Smriti Irani, who arrived in Agra for a campaign, said, “By this, she (Priyanka) wants to indicate that the boy at home cannot fight.” People also gave their reactions to this statement.

Responding to Smriti Irani’s statement, a Twitter user said that Priyanka Gandhi is indicating that now boys of the house are inspiring women to move forward. Women have not been made helpless as BJP did with Hathras and Unnao incidents. If Congress comes, the sisters and daughters of Uttar Pradesh will be strong.

Congress vice president Rahul Gandhi is absent from the UP Assembly elections campaigning. The whole responsibility of campaigning for the elections rests on the shoulders of Priyanka Gandhi.