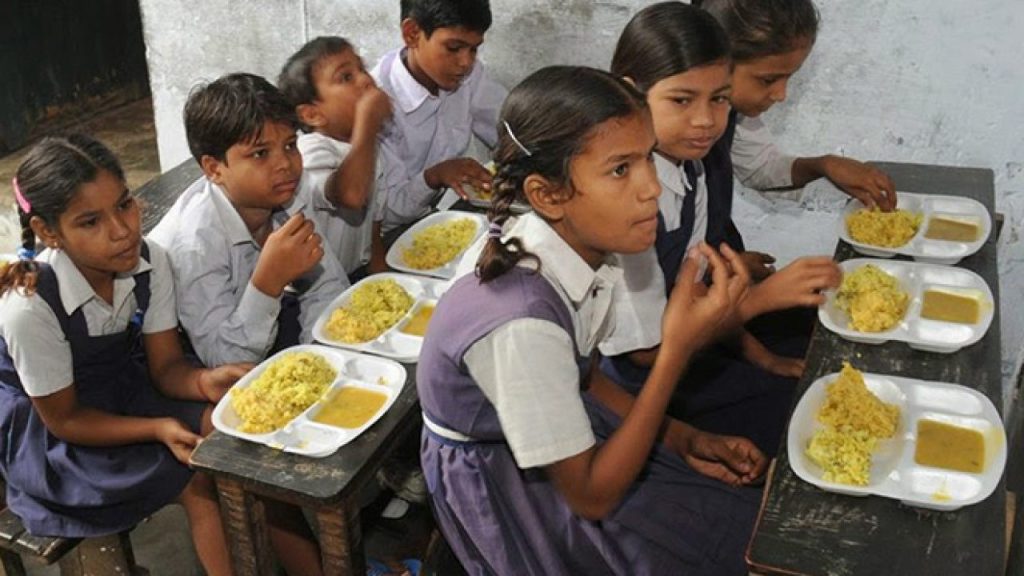 The latest study reveals that the risk of hunger will rise by 2030 in India. The main factors attributed are climate change and low crop production says International Food Policy Institute study. 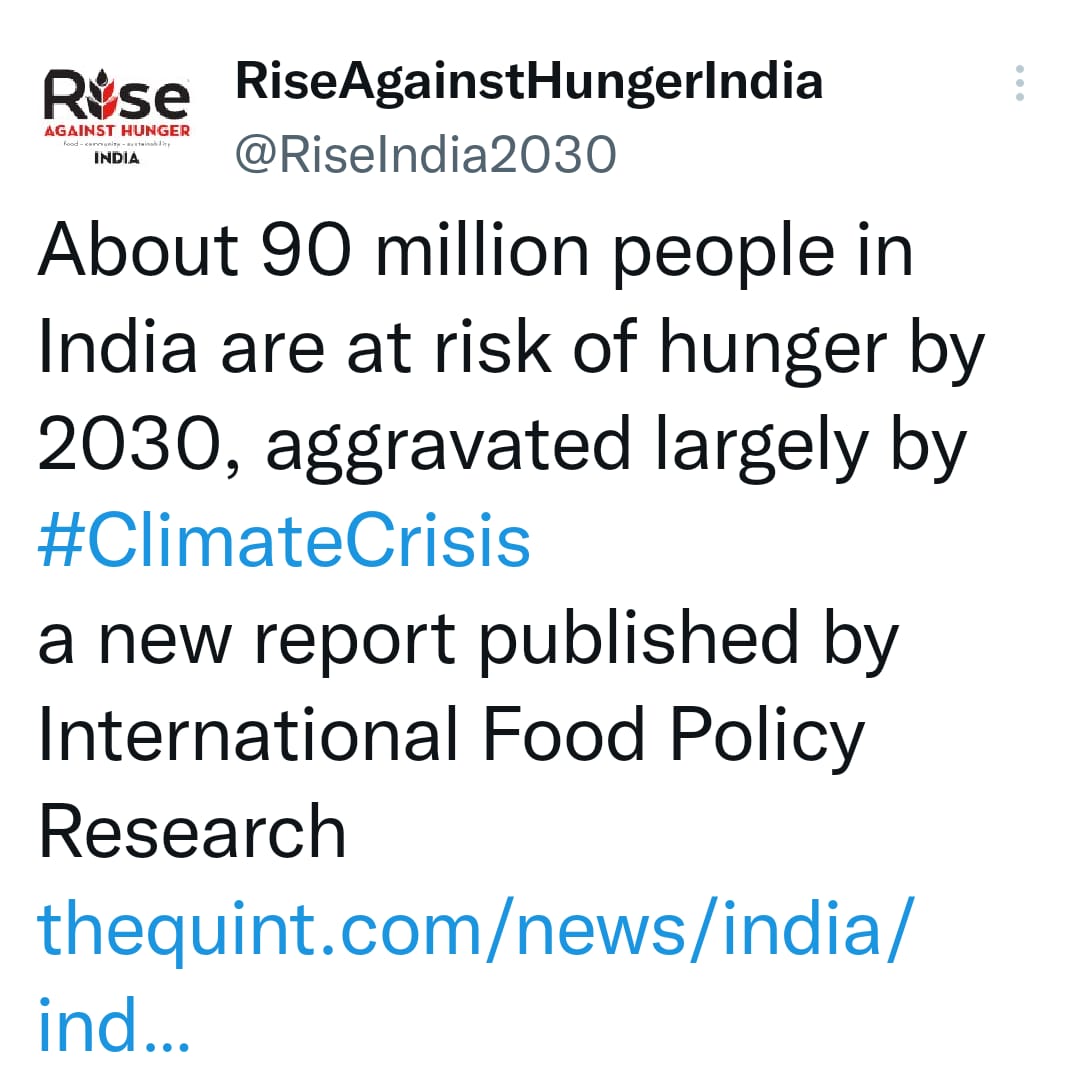 The Global Food Policy 2022 report estimates that without climate change India will have 7.39 crore people suffering from hunger. But as the experts suggest that with climate change the numbers will touch 9.06 crores. A rise of 22.69% in hunger risk.

At present India is ranked at 101 positions in 116 countries as per the Global Hunger Index (GHI) Report 2022. India slipped from 94th position to 101 and is now trailing behind Pakistan, Bangladesh, and Nepal in GHI.

The International Food Policy report also focuses on the issue that climate change will lead to falling in crop production. Normally the annual crop production of India is 1.627 which may fall to 1.549. 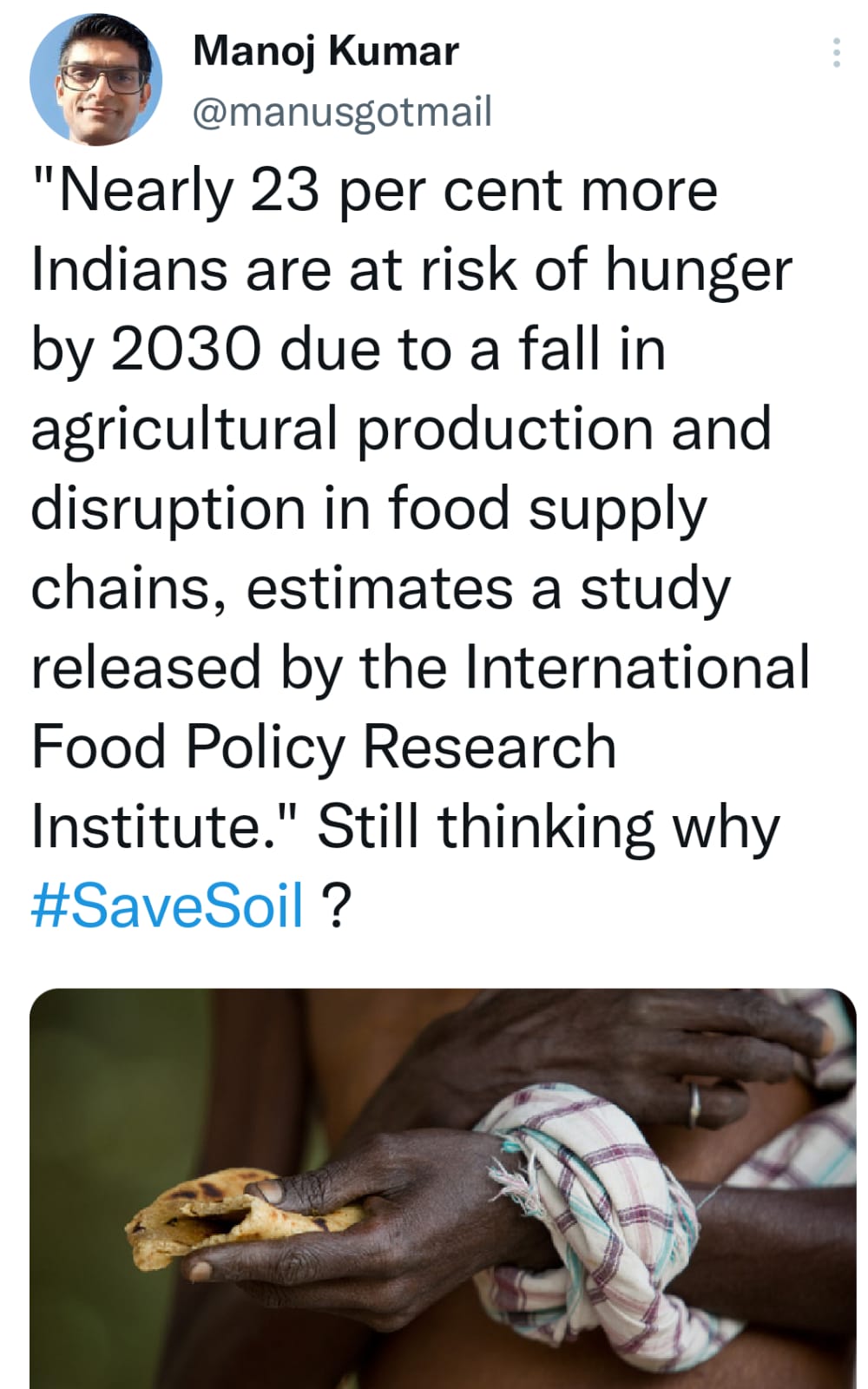 In the last month, only India has seen its hottest month in the climate history of 122 years. The average increase in temperature is predicted to be between 2.4 – 4.4 degrees Celsius by 2100. In the same way, the heat waves will also be increased three times by 2100.

With the tall claims that political giants make on national and international platforms about the image of India, the reality is that millions are sleeping hungry in our nation. The main cause of this is the huge difference in the income of Indian citizens. As per the latest report, a person earning above 25,000 Rs per month comes into the 10% of the population of India. Whereas maximum Indians earn below 5,000 Rs per month.

So imagining the plight of people who belong to low economic strata is not rocket science. As they themselves describe their lives as “they live and die every day” is so true. As a nation to provide basic food security is a fundamental duty of the government. But India’s position in GHI shows the other side of the coin. Claims by the Modi Government, that they are feeding 80 crore Indians every month under PMGKY. That in itself is an ironic statement to tell the harsh reality that how badly people need food security.