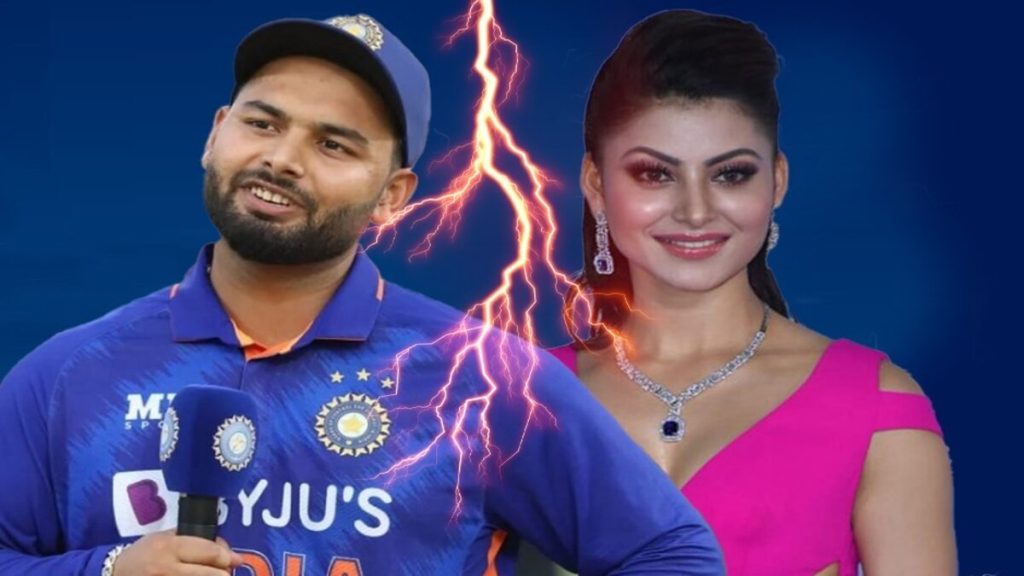 It was said that Urvashi Rautela and Rishabh Pant secretly had an affair some time ago. Still, the relationship or fling was supposed to have lasted only a bit, and, allegedly, things didn’t end on an amicable note. And while this is all hearsay, the sly digs and sometimes not-so-subtle innuendos that Urvashi Rautela passes on social media and, at times, in interviews, do not help stop the wagging tongues one bit. This time, Rishabh Pant himself seems to have responded to one such discussion, which again led to the actress taking another sly dig at the ace Indian cricketer. 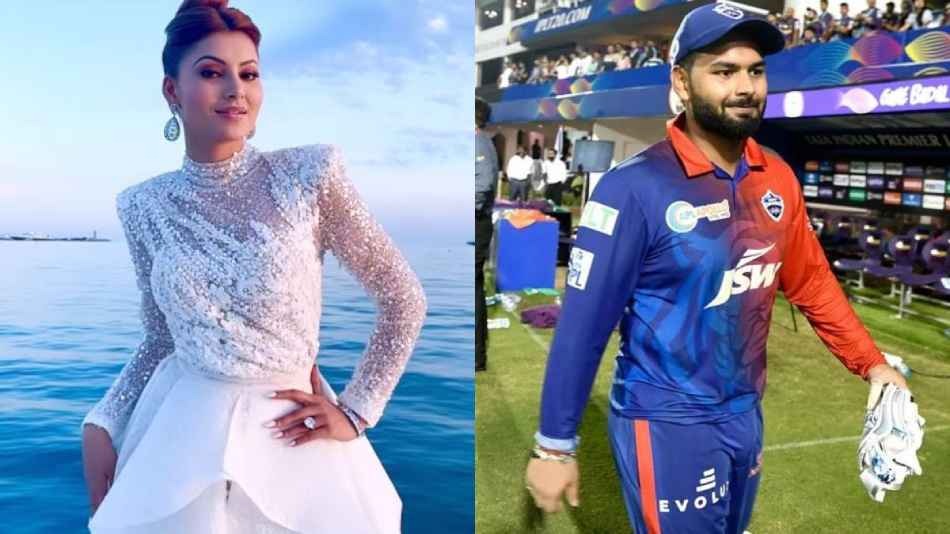 It all began when Urvashi Rautela stated in an interveiw that after shooting in Varanasi, she had flown to Delhi for another shoot, which had lasted 10 hours, following which she just returned to her hotel room and crashed. The actress added that unbeknownst to her at the time, Mr RP (like we earlier mentioned, a not-so-subtle innuendo for Rishabh Pant) waited for her in the hotel lobby, wanting to meet. She only later realised that she had received 16-17 missed calls from him, which made her feel bad, prompting her to contact him out of respect – at this point, she also felt the need to stress that most girls don’t care about making others wait – and agree to meet in Mumbai whenever he’s in the city. 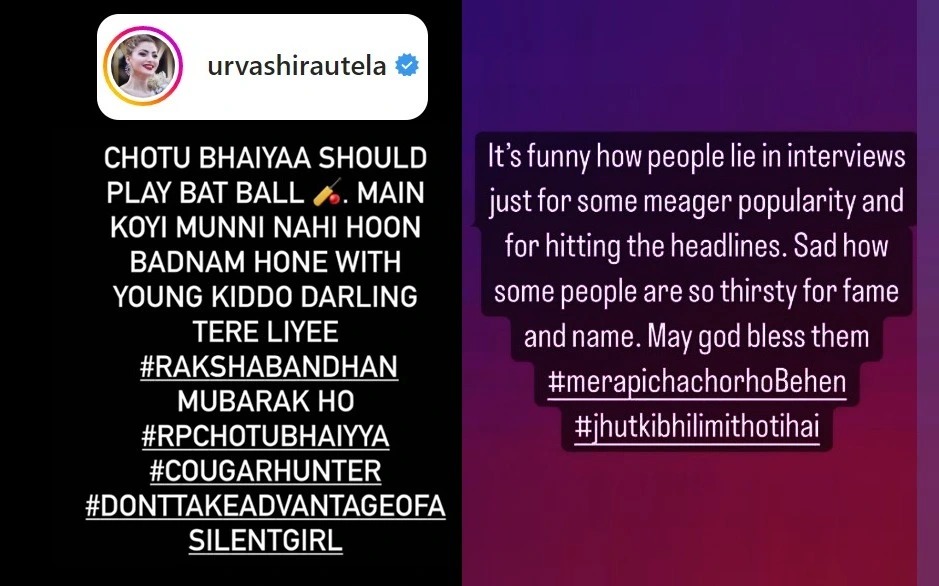 A short while after Urvashi Rautela’s interview came out, Rishabh Pant took to his Instagram Story and wrote: “It’s funny how people lie in interviews just for some meagre popularity and for hitting the headlines. Sad how some people are so thirsty for fame and name. May God bless them “merapichachorhoBehen #Jhutkibhilimithotihai” then deleted his post later. We’ve managed to lay our hands on the screenshot, though. Check it out below.

We wonder how far the Rishabh Pant Urvashi Rautela saga will go.