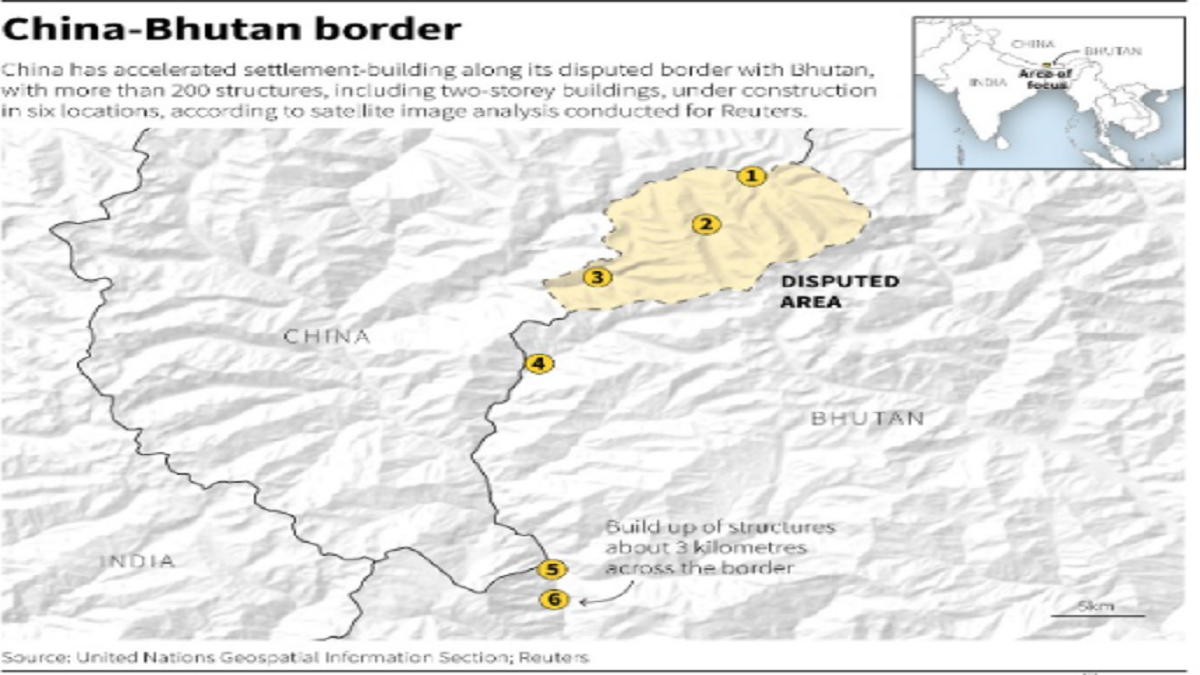 China is moving fast on its policy of encroaching on the land and resources of neighboring countries. Bhutan became the new victim of China. China is speeding up its construction of approximately 200 structures, including two-storey buildings, along its disputed border with Bhutan, according to satellite image analysis by news agency Reuters. China is carrying out these new constructions at six places in the disputed border area. Images and analysis provided to Reuters by an American data analytics firm show that China is carrying out these new construction works in the disputed border areas with Bhutan.

The HawkEye-360 uses satellite images to gather intelligence on-ground activities occurring in the area. Chris Biggers, the director of mission, Hawkeye-360, says that China’s construction activities in some places along the western border of Bhutan have been going on since the beginning of the year 2020. The images provided by satellite imagery, Capella Space and Planet Labs show China clearing disputed areas and building tracks.

Mr. Biggers says it is clear from the pictures that work has accelerated from 2021. First small structures were built followed by foundations and then buildings. Two experts who studied the sites of new construction satellite images taken by Capella Space said all six settlements appeared to be in areas disputed by China and Bhutan. It also includes a disputed area of ​​approx 110 square Km.

The news agency Reuters spoke to Bhutan’s Foreign Ministry on this issue. Bhutan’s foreign ministry told Reuters that the country’s policy is that the government should not discuss border issues with the public. Thereafter, the ministry declined to comment further. At the same time, experts and a defense source in India say that China’s recent build-up shows that it is intent on resolving its border claims by solidifying its ambitions.