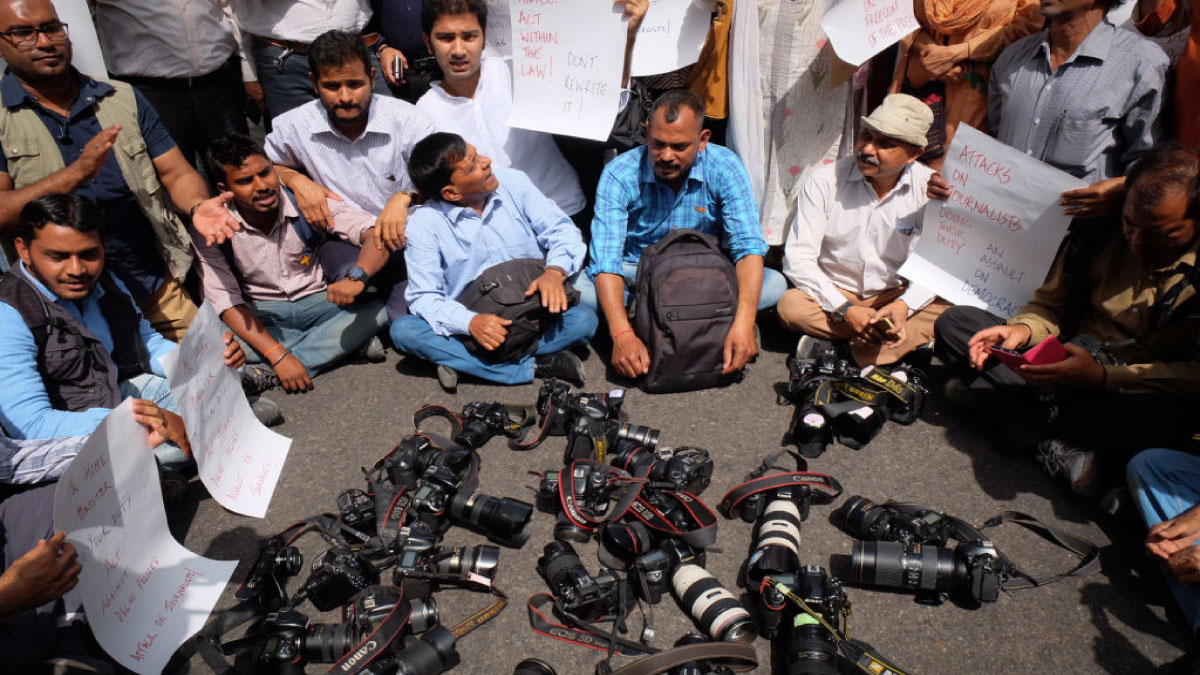 The Press Information Bureau (PIB) has announced a revised set of conditions in the accreditation policy for journalists. The latest policy change was introduced by the Union ministry of information of broadcasting.

It states that a government accreditated journalist can lose their status on the grounds of acting in a manner that deems “prejudicial to the sovereignty and integrity of India, the security of the state, friendly relations with foreign states, public order, decency or morality or in relation to contempt of court, defamation or incitement of an offence.”

The latest changes in the policy are different from what was issued in 2013. Earlier, under the general terms, the accreditation was stated to be withdrawn right after the conditions of its issuance fail to exist or the status is misused.

Accreditation Dismissal Based on Journalists’ Actions

The new policy has mentioned the clause on accreditation dismissal based on how the journalists act. It dictates a journalist’s accreditation will be snatched based on their actions that result in “prejudicial” to India’s sovereignty and integrity, incitement of offence, defamation, contempt of court among others.

The accreditation will be cancelled based on ten points and the journalist will be charged with a “serious cognisable offence.”

The new accreditation policy for journalists will hinder a journalist’s job in exposing the misconduct by politicians, business tycoons, public officials and others. People in power can use it as a source to intimidate journalists to bar specific information.

Politicians and those who hold power have popularly slapped defamation charges against journalists and media outlets time and again. With the incorporation of defamation as one of the ten points, the new policy will prove an ideal tool for exploitation.

In line with other laws and policies, the terminology used in the latest journalists’ accreditation policy is subjective and vague. It creates enough room for its misuse. Moreover, it doesn’t specify who is in the right to decide a journalist’s conduct that violates any condition.

Online Journalists Can Get Accreditated

The Central Press Accreditation Committee headed by DG, PIB will vet the applications. Journalists will have to go through a mandatory security check by the Union home ministry and police verification.

Similar curbs were introduced by preceding governments. However, they had to withdraw them. In 2018, the NDA government brought in Fake News Guidelines. This policy stated that journalists may lose their accreditation if the media regulatory bodies deem they had propagated fake news.

The Rajasthan government, in 2017, introduced a bill that protected state officials from “scurrilous and non-substantial charges”.

The Congress leader Meenakshi Natarajan, during the UPA government in 2012, introduced a Private Member’s Bill proposing to establish a media regulatory authority. It will have the power to suspend or ban the coverage of certain events that may incite a “threat to national security”.

A defamation bill was proposed during the reign of former Prime Minister Rajiv Gandhi. It had proposed “publication of imputations falsely alleging commission of offences by any person as an offence.”

All the propositions were taken back later on.