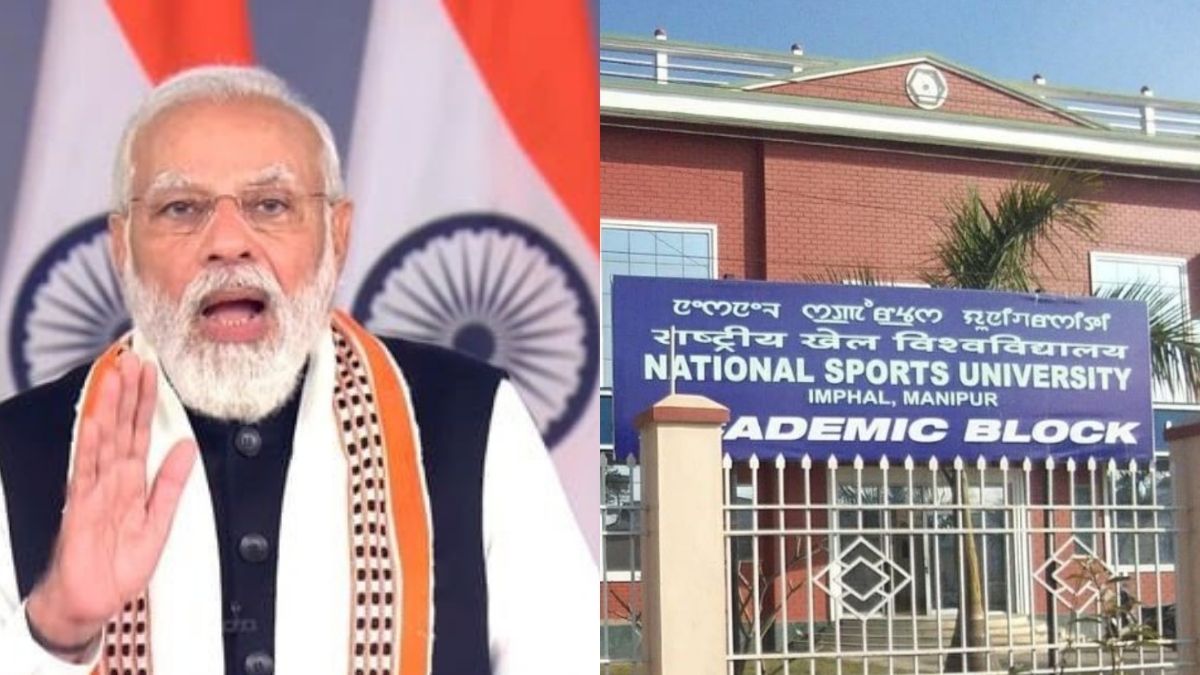 Prime Minister Narendra Modi said that the government is committed to making Manipur a sports superpower in the country. Along with this, PM Modi has described Manipur as a powerhouse of sports talent. Speaking on the 50th Foundation Day of Manipur, PM Modi paid tribute to the sacrifices and efforts of every person who contributed to the glorious journey of the state.

“The government is committed to making Manipur the sports powerhouse of the country. Sons and daughters of Manipur have brought laurels in the sports field and in the light of their passion and potential India’s first sports university was established in the state,” said PM Modi.

PM Modi has termed the resilience and unity of the people as his real strength amidst the ups and downs in the history of Manipur. On this occasion, the Prime Minister reiterated his constant efforts to get a direct account of the aspirations of the state’s citizens.

He also said the people of Manipur can fulfil their biggest desire for peace. “Manipur deserves peace and freedom from closures and blockades,” he said.

He also commented on the success of the youth of Manipur in the field of start-ups. He underlined the commitment of the government to promote local handicrafts. PM Modi emphasised the important role of Manipur in making the Northeast the centre of the Act East Policy.

He said Manipur is getting much-awaited facilities like railways under the double engine government. Connectivity projects worth thousands of crores are underway in the state, including the Jiribam-Tupul-Imphal railway line. Similarly, the airport is getting international status along with Imphal. The connectivity of the northeastern states with Delhi, Kolkata and Bengaluru has also improved.

Manipur will also benefit from the India-Myanmar-Thailand Trilateral Highway and the upcoming 9 thousand crores natural gas pipeline in the region. The Prime Minister said that the obstacles coming in the development journey of the state have been removed. The next 25 years are the elixir of development for Manipur. He concluded his speech by wishing for the dual engine development of the state.