Being a public figure on social media is not easy. And if you have an opinion on a political or on a social subject then it’s even harder. What makes its worse is when you are all those things and you are also a woman.

We are no alien to the fact that women are more targeted on the internet when compared to men. Women are always under the radar of what they are doing, what are they wearing, who are they dating and what are they saying. In a nutshell, everything a woman does or says is calculated. And a woman with an opinion is always feared and highly abused in many ways.

Cecilia Mwende Maundu, a broadcast journalist based in Kenya, also a specialist in gender-based digital safety said in an interview with UNWOMEN “Women are the main targets of online violence, especially women with voices. Men are also harassed online, but when women are the target, online harassment quickly descends into sexualized hate and threats”.

Gender-based online abuse is unfortunately very common in India now. Online trolling has now gone from being just an activity to be used as a planned anti-campaign or a cancel-campaign and that exist mostly for women who are expressing their voice from their respective platforms.

Recently all the women who took to their social media handle to speak in support of farmer protest are facing floods of misogynistic trolls online. These women included climate activist Greta Thunberg, International Pop star Rihanna, Meena Harris, an American lawyer and niece of American Vice President, Actress, and YouTube star Amanda Cerny, former adult actress Mia Khalifa, and many other global and national female personalities. As per many women’s rights activists, journalists, and feminists across the nation, this whole episode is one of the biggest lows of desi social media we have ever witnessed. 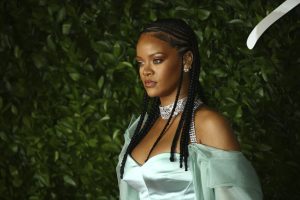 All these women faced slut-shaming, name-calling, rape threats, and all different kind of online abuse in a span of mere three days. But the most awful reaction was when trolls started glorifying Chris Brown for assaulting and abusing Rihanna in the past.

Meena Harris, Mia Khalifa, and Amanda Cerny are getting trolled every day are acknowledging and speaking out on being constantly targeted for their opinions.  In one of her tweets, Meena Harris wrote as an answer to the trolls “I won’t be Intimidated and I won’t be silenced”.

On a positive note, it’s a good thing that these women are standing brave against the abuse they are facing and they have buzzed a lot of conversation on trolling against women. But despite this existing scenario, this issue has not reached the dinner table conversation or the front page of our newspapers.

They were surely part of our Prime-Time debates but most of their narrative was another way around. Some headlines said “Govt vs Rihanna” and some said “Organized plot to defame India”, whether it was pre-planed or subjected to create global stir is a matter of investigation but none of it justified the ugly treatment these women personalities faced or any women is facing any day. The onus is on the people in the power to create not just strict legal measures but to condemn these activities and to question the morality of those people who are committing such actions.