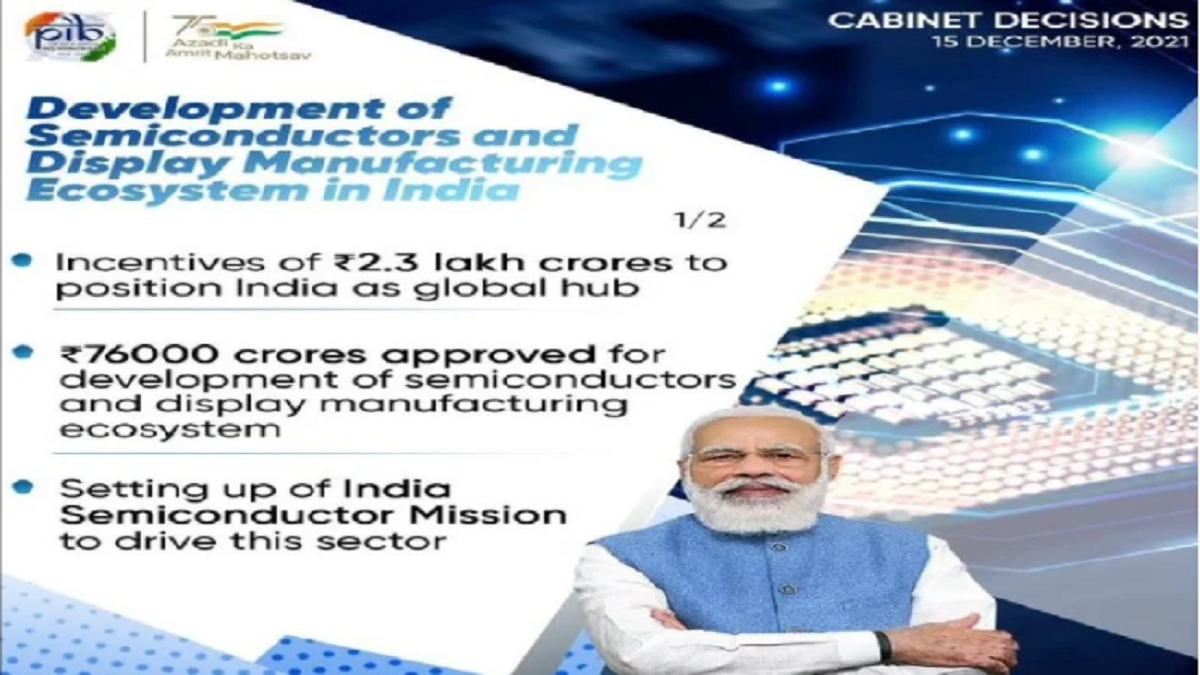 These decisions were taken in the meeting of the Union Cabinet chaired by Prime Minister Narendra Modi on Wednesday. After the meeting, IT Minister Ashwini Vaishnav gave information about the Semiconductors Manufacturing Scheme. He said that this is a historic decision. Under this, the design, fabrication, packaging, testing and complete ecosystem of semiconductor chips will be developed in the country. An incentive of Rs 2.3 lakh crore will be given to make India its global hub. For this ‘India Semiconductor Mission’ will be started.

Semiconductors are used in:

After the meeting, Union Minister Anurag Thakur and Union Jal Shakti Minister Gajendra Singh Shekhawat informed that an ambitious project has been approved to set up a complete ecosystem of semiconductors and display manufacturing in the country. 76,000 crore will be spent on this project in 6 years.

Similarly, Minister Shekhawat informed that the Union Cabinet has approved the implementation of Pradhan Mantri Krishi Sinchai Yojana for 2021-26. About 22 lakh farmers will be benefited by this.

Union Minister Ashwini Vaishnav said that today about 20% of India’s engineers are in the semiconductor industry. To increase this number, a program ‘Chips to Startup’ has been created for 85,000 highly qualified, well-trained engineers. In which B-Tech, M-Tech, PhD Engineers will be prepared.

Rs 1300 crore will be invested to increase digital payments

He said that India made RuPay card, to further develop it, the Government of India will reimburse the person to merchant payment at the merchant discount rate (MDR) for RuPay debit card and UPI payment. 1300 crore rupees will be invested in 1 year, so that more people move towards digital payment.