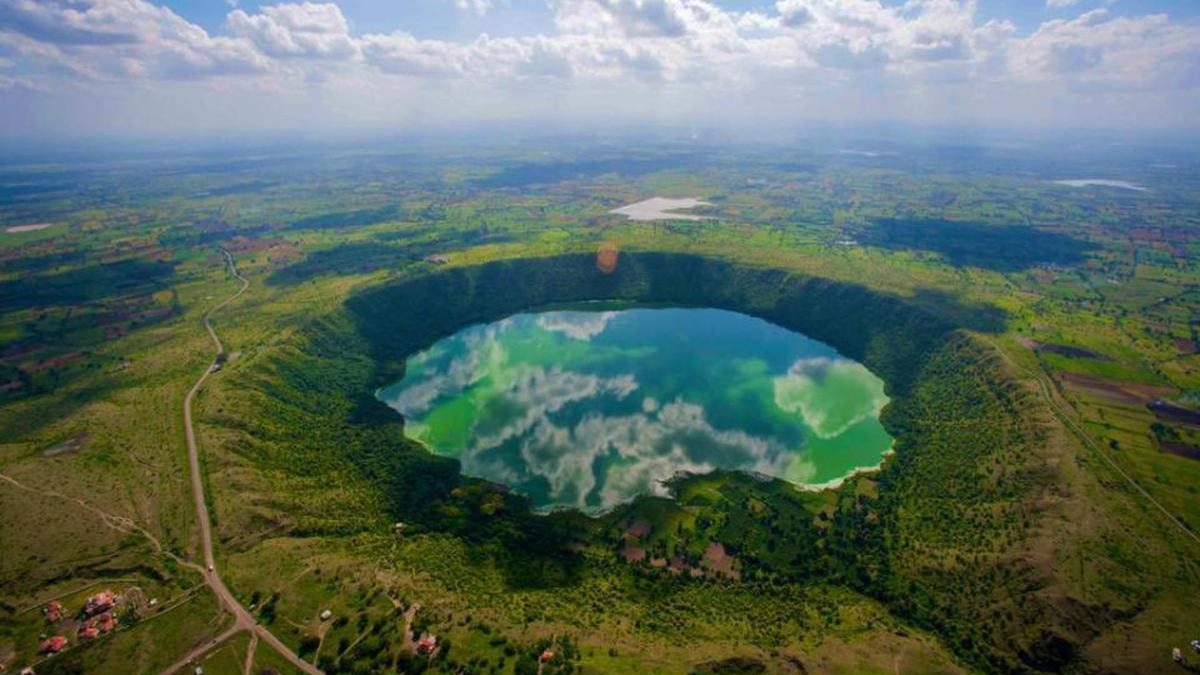 The Nagpur bench of the Bombay judicature has directed a court-appointed development body to approach the Wetland Authority to notify the Lonar Crater lake in Maharashtra as a wetland and to make sure its preservation, conservation and also sustainable management. The lake in Lonar town of Buldhana district was created over 50,000 years ago because of a meteorite impact.

The HC had last year directed the government to appoint ‘Lonar Crater Lake Development Authority’ for the preservation of the water body.

Lonar lake of Maharashtra is the best example of a 1.8 diameter crater and is Maharashtra’s best-hidden secret. This crater is located in the basaltic bedrock in Maharashtra is a real example of terrestrial impact craters. It has attracted many scientists to explore its existence.

Though the exact age of the crater lake is not known, it is estimated to be older than 52,000 years. Many geologists also consider this crater lake has some volcanic origin. But some opine that the lake was created as the impact of a meteor’s collision with the earth. It is located in the Buldhana district of Maharashtra. It is also been tagged as ‘geological heritage’ by the geological survey of India.

This place has ecological as well as archaeological treasures. This lake was even mentioned in Ramayana. But what is the mystery behind this lake which attracts the eyes from all over the world?

The term lonar is originated after the name of the demon called Lonasura. It is the only crater lake created in the basaltic rocks by the hypervelocity impact. It said that the meteor collided with the earth at a speed 42 times more than the speed of sound. The weight of this meteor is supposed to be around 2 million tonnes the impact created 1.8 kilometres wide and 150-meter deep crater. the shape of the crater is oval.

The water in this lake is alkaline but is shocking that the lake has two distinct water regions which do not intermix with each other. The outer region of the lake has water with a pH value of 7 whereas the inner region is highly alkaline water with a pH value of 11. Monitor lizards are found in abundance in the lake. The Lonar crater lake has forced scientists and geologists to find answers to some of the most forceful questions.

In July 2020, Lonar lake turned pink suddenly. An investigation by scientists revealed that the pink colour was due to the appearance of salt-loving Haloarchaea microbe on large scale. Lesser rainfall, less human interference, and high temperature further contributed to this pink phenomenon.

Lonar lake has also been seen connections with Indian mythology. In Valmiki Ramayan, this lake has been termed as ‘Panchapsar’. Kalidas has also mentioned the lake in his famous text ‘Raghuvansh’. It is believed that during the return of Ram from Lanka to Ayodhya, he had hinted site to watch this lake.

Lonar lake is a very beautiful creature of nature or most appropriately we can say it is a miracle of nature therefore it’s our responsibility to preserve it.