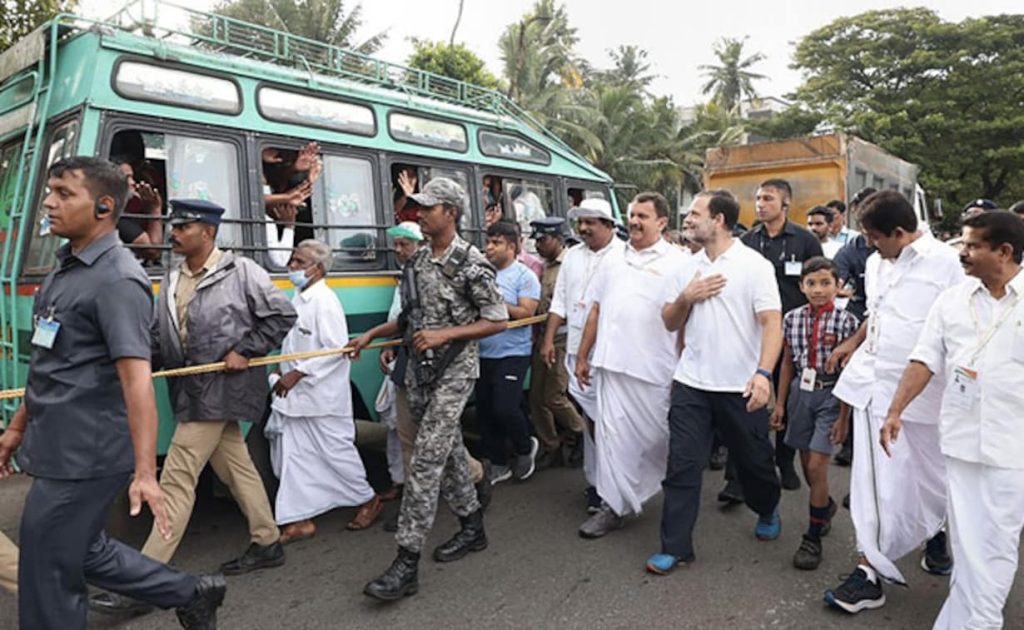 Rahul Gandhi posted on his Facebook page: “even though the feet have blisters, We are out to unite the country, We are not going to stop. #BharatJodoYatra,” and uploaded a related video clip. Amid intermittent rains and swelling public turnout, Rahul Gandhi’s Bharat Jodo Yatra entered the third day in Kerala on Tuesday, with the Congress leader and scores of supporters marching along the streets without umbrella when it rained. 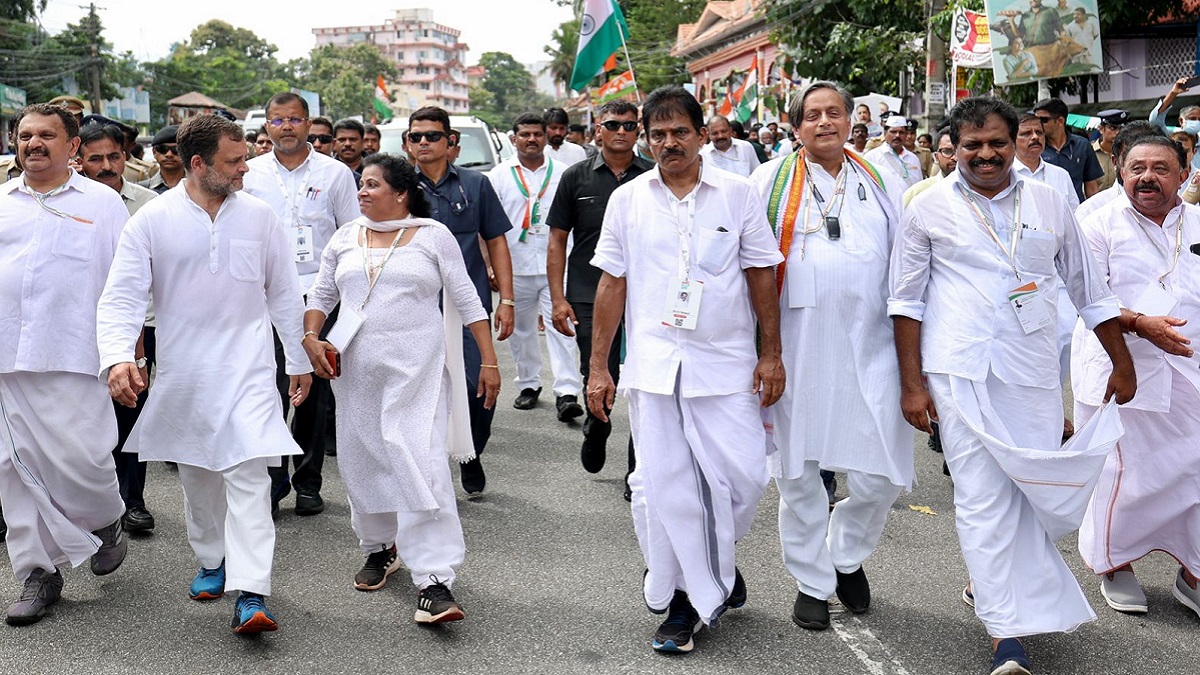 Rahul Gandhi, who has begun the 3,500-mile Kanyakumari-Kashmir footmarch, declared that the campaign would continue even when the participants have blisters on their feet. Despite the city’s downpour, a large crowd gathered on the sides of the roadways to welcome Rahul Gandhi and the other padayatris. Rahul Gandhi and several top Congress officials were seen walking in the rain sans umbrellas. 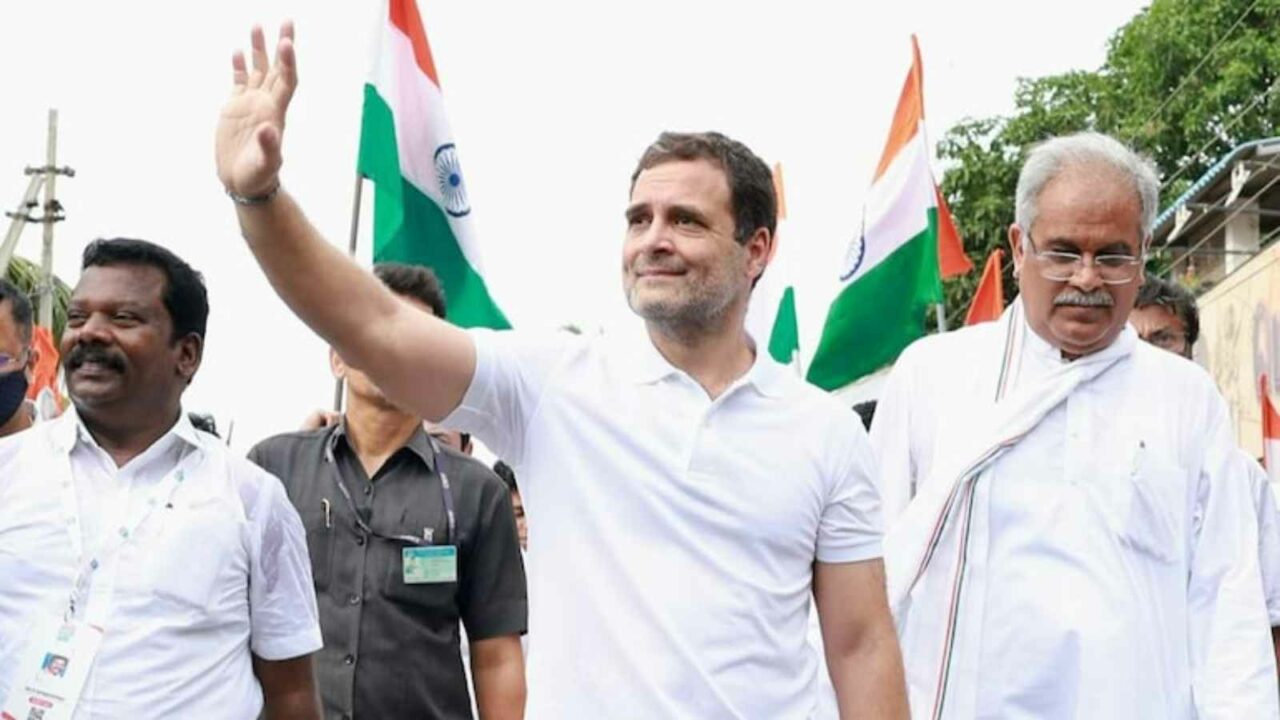 A few hours back, in a Facebook post, Rahul Gandhi mentioned, “even though the feet have blisters, We are out to unite the country, We are not going to stop. #BharatJodoYatra,” and uploaded a related video clip. The third day of the yatra, which began at 7:15 am from Kaniyapuram near Kazhakootam, had a positive turnout of participants, similar to the previous two days of the Kerala leg of the foot march, which is planned to travel 3,570 kilometres in 150 days from Kanyakumari to Kashmir. 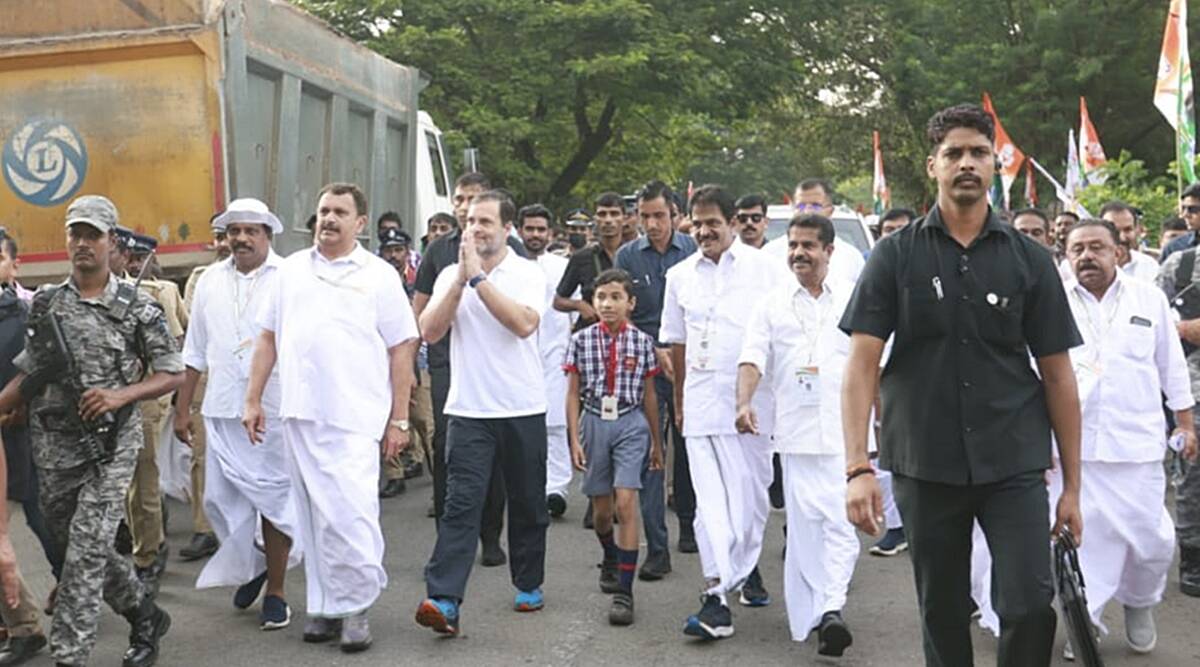 Jairam Ramesh, the general secretary in charge of communications for the All India Congress Committee (AICC), tweeted after the yatra arrived at its first stop of the day at Attingal, “The padayatra has just reached the morning breakpoint at Mamom near Attingal, where there will be a number of interactions with different groups.” The Yatra will continue at 5 p.m. and come to a finish for the day at Kallambalam junction.

By the time the yatra arrived at Kazhakootam on Monday evening, it had travelled 100 kilometres. Speaking to a sizable gathering there, Rahul Gandhi had remarked that while hatred, violence, and rage can win elections, they cannot address the nation’s socio-economic issues. “India’s dream is broken, not scattered. To realise that dream, we are bringing India together. 100 km done. And, we have just begun,” Rahul Gandhi tweeted at the end of the day’s yatra. 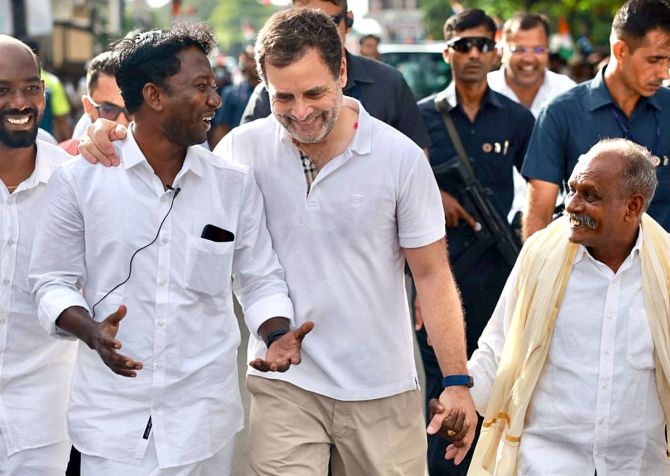 The Bharat Jodo Yatra has travelled exactly 100 kilometres, according to a tweet from Jairam Ramesh, “rattled, unnerved and disturbed the BJP, whereas the Congress party has already been refreshed 100-fold. Every step we walk renews our resolve!” The 150-day foot march began on September 7 in the neighbouring Tamil Nadu region of Kanyakumari, and it will pass through 12 states and two union territories. The Bharat Jodo Yatra began in Kerala on September 10 evening and will travel 450 kilometres through the state, stopping in seven districts over a period of 19 days, before entering Karnataka on October 1.