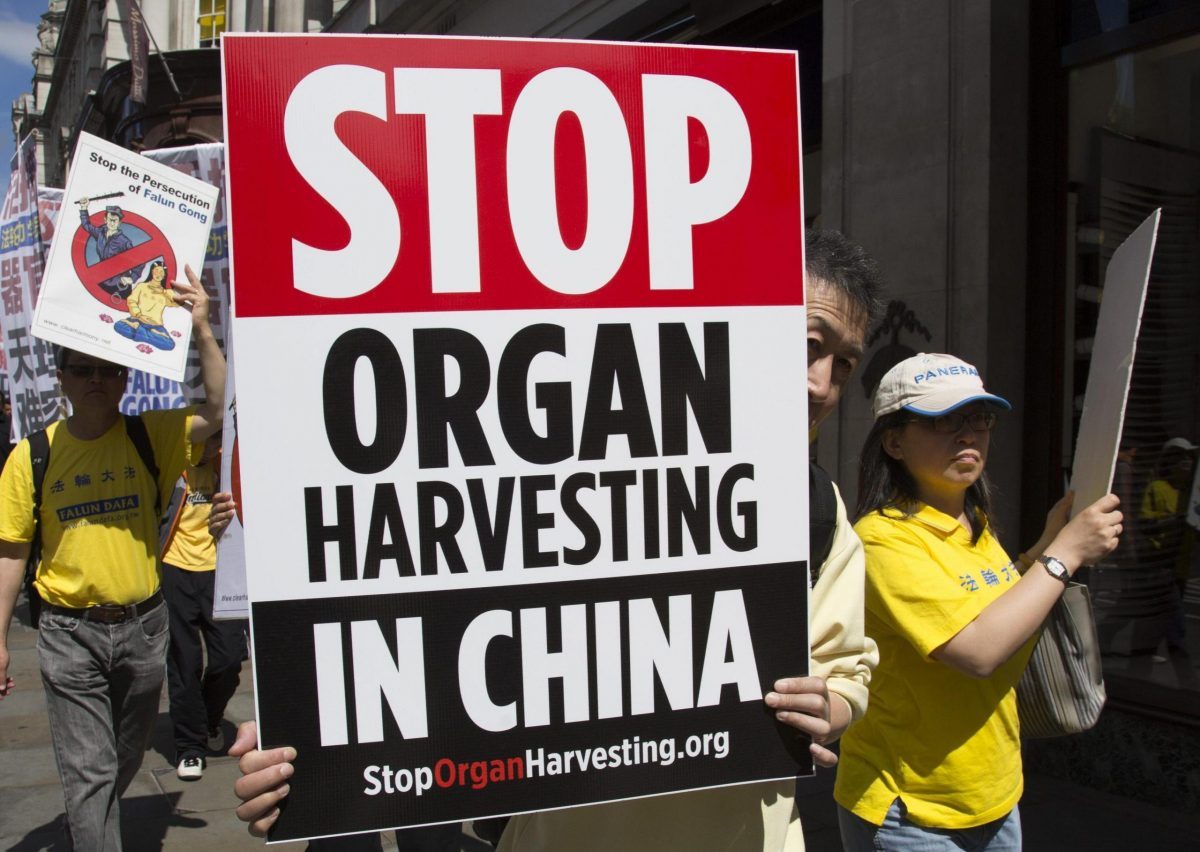 An Australian report claims that China has been making billions by illegal organ trade by exploiting Uighurs, a minority Muslim community in the country’s Xinjiang region. Beijing is allegedly harvesting organs of vulnerable minorities forcibly and later selling them on the black market. A report carried by the Australian Herald sun says Beijing is earning a whopping $ 1 billion in annual sales of harvested organs. The report also adds that a healthy liver fetches around $160000 on the black market.

As the director general’s report to the executive board at its 79th session pointed out, human organ transplantation began with a series of experimental studies at the beginning of the 20th century. The report drew attention to some of the major clinical and scientific advances in the field since Alexis Carrel was awarded the Nobel prize in 1912 for his pioneering work. Surgical transplantation of human organs from disease as well as living donors to sick dying patients begin after the second world war. Over the past years the transplantation of human organs, tissues and cells has become a worldwide practice which has enhanced the quality of thousands of lives.

The shortage of available organs has not only prompted many countries to develop procedures and systems to increase supply but has also stimulated commercial traffic in human organs, particularly from living donors who are unrelated to recipients. The evidence of such commerce, along with the related traffic in human beings, has become clearer in recent decades. There are several guiding principles through only which one can transplant an organ. And the first guiding principle is the ‘consent of the donor’ which China ever seek for.

In June 2021, the UNHRC expressed an alarm over reports of alleged organ trade targeting Uighurs. So this is not the first time that such an accusation has been claimed over China. The report says that Beijing’s alleged organ harvesting campaign targets not only Uighurs, but also, the Tibetans and Christians detained in Chinese Internment camps. UN human rights claim to have received inputs about detainees being forcibly subjected to organ examinations and blood tests. The results of these tests and examinations are then stored in a database that is later used to facilitate organ transplants and most of these organ transplants happen in the hospitals located near the detention centers. About 60,000 organ transplants are conducted in China annually and this harvesting may have been taking place for a long time. According to the allegations received, the most common organs removed from the prisoners are reportedly, heart, kidneys, livers, corneas, and livers.

Also read: Cryptocurrency Will Not Be Banned, May Be Recognized In The General Budget To Be Presented In February!

Beijing’s treatment towards Uighurs in the country’s vast northwestern region is turning into a global flashpoint. An estimated 1.5 million people are imprisoned in various internment camps in China’s Xinjiang province. Reports claim many of them are subjected to forced sterilization as well. China claims that the camps are the re-education centers of Uighurs and other minorities. But the Chinese re-education camp supervisor claims, “The so called education in the camp is just a method to practice their genocide. In reality, it is a brainwashing. A denial of their identity. The purpose of this indoctrination is to hide the reality of the world and make the prisoners see only the Chinese Communist Party and become like robots.”

Uighurs are subjected to intense surveillance, with a massive network of CCTV cameras to monitor their moves. there have been accusations of women being sterilized on a mass scale to prevent pregnancy. the Chinese government have been accused of working towards the eventual elimination of the Uighur people. nearly, 80,000 Uighurs were trafficked to factories across the countries between 2017 and 2019. the Uighurs are segregated and forbidden from participating in religious observances. The crisis of the Uyghurs has called for an outcry from various human rights non-government organizations and governments across the world.