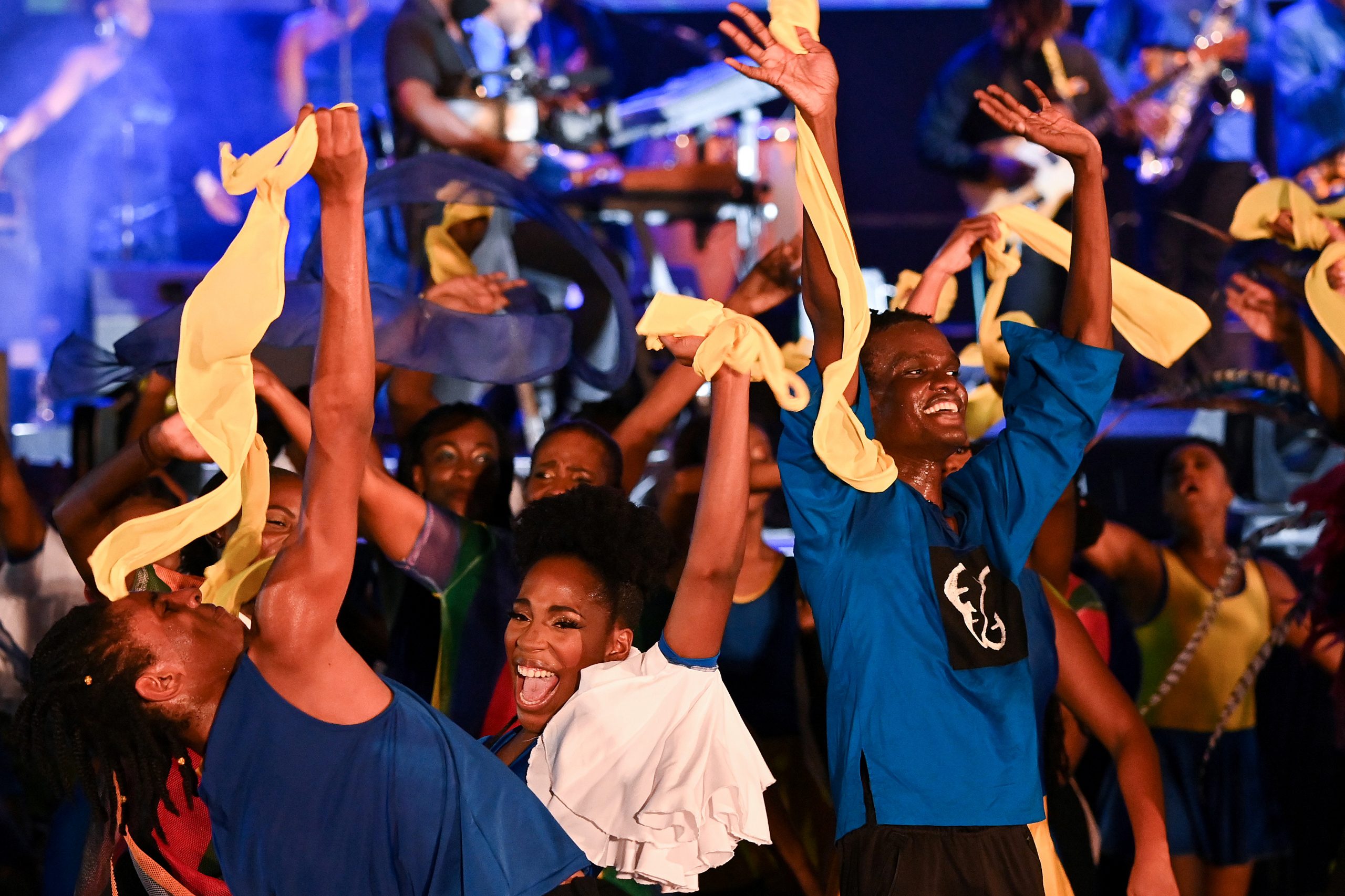 Dancers perform during the Presidential Inauguration Ceremony to mark the birth of a new republic in Barbados at Heroes Square in Bridgetown, Barbados, November 29, 2021. Jeff J Mitchell/Pool via REUTERS - RC2Q4R9R62X6

Barbados ditches one more vestige of colonial rule. Formally bids adieu to the yoke of British monarchy. The island nation declared itself a republic at the stroke of the midnight hour on 30th November 2021

On the 30th of November 1966, the picturesque, Caribbean island nation of Barbados threw off the first shackles of colonial rule, declaring independence at the midnight hour. The words quoted above, taken from the Bajan newspaper ‘The Advocate’ describes the moment when the British Union flag was lowered, and following a minute of darkness, the flag of Barbados was revealed fluttering proudly on the Garrison Savannah.

Exactly 55 years later, on the very same date and the exact same time, Barbados declared itself a republic. It is now no longer under the British monarchy. The island nation will still remain a member of the Commonwealth. The country’s flag, its anthem, and coat of arms will remain the same, but all references to colonial and monarchic past will no longer be used.

The midnight skies over Barbados sparkled with an impressive display of fireworks, as an orchestra of nearly 100 pan players and several singers, poets and dancers electrified the ambiance of the ground below. Amid a dazzling array of Barbadian music, dance, and speeches celebrating the end of colonialism, Barbados’ greatest export to the world: Rihanna, was declared a national hero.

Screens set up across the island and an online broadcast allowed all citizens within the country and many more Bajans living abroad, to savour the historic moments.

Prince Charles attended the event that began late Monday. He was presented with the Order of Freedom of Barbados by the country’s new president Dame Sandra Mason. His speech acknowledged the horrors of trans-Atlantic slave trade that will remain an indelible blot on the history of Britain and its monarchy. He thanked the Barbadian officials for inviting him and expressed admiration for the extraordinary fortitude of the people of Barbados, and for everything they have achieved. “Freedom, justice, and self-determination have been your guides” he added.

Amid the joyous celebrations, there were also several murmurs of “reparations”. While Prince Charles’ speech cast slavery as a sin of the past, some Barbadians have called for compensation from Britain. Activist David Denny said that he was not happy with the visit by Prince Charles. After all, the royal family benefited from the slave trade for centuries.”Our movement would also like the royal family to pay a reparation,” said Denny.

On the other hand, there were a few who expressed doubts and uncertainty about the idea of overthrowing the British queen’s yoke forever. Some were uncertain about whether this transition bodes well for the former slave nation. “They should leave Queen Elizabeth be – leave her as the boss. I don’t understand why we need to be a republic,” said one  Sean Williams, as he stood in the midst of all that celebration.

The internet, however, was abuzz with millions of celebratory and congratulatory messages from Bajans within Barbados and abroad. Clearly, there was more joy and celebration in the air than doubt or complaint. No region in the Caribbean has experienced a moment like this since the 1970s. The last countries in this region to become republics were Dominica, Guyana, and Trinidad and Tobago. The transformation of Barbados into a republic is expected to act as a harbinger of many more of such efforts by former colonies.