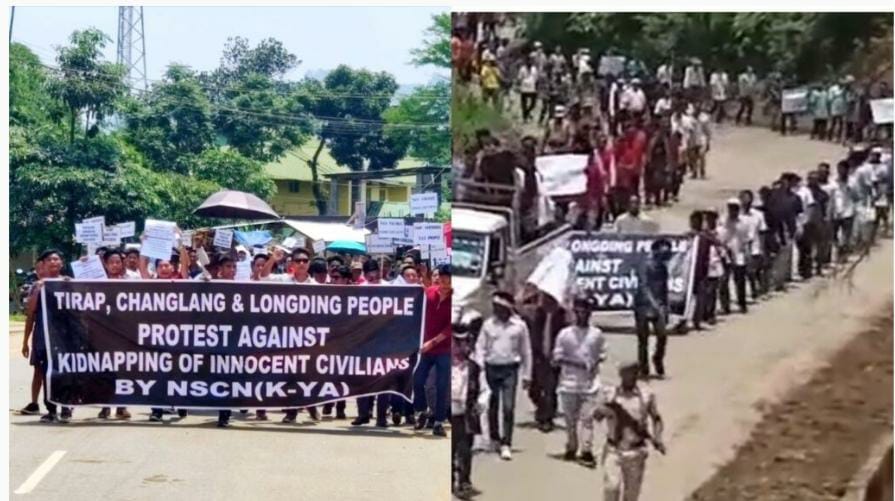 People are Distressed over the repeated abduction of civilians from the Tirap, Changlang, and Longding (TCL) districts by the NSCN (K-YA). The Tirap Changlang, Longding people’s Forum (TCLPF), organized a mass peaceful protest at the respective district headquarters a few days ago. Thousand of people walked and joined the rally. The Forum also submitted two-point memorandums to the district deputy commissioners, demanding security for the people and facilitating basic needs for youths who have surrendered.

TCLPF member Nongming K Longchang informs the reporters that the group has abducted more than 22 civilians within a couple of months. This protest is a message to the government that no such incidents should happen in the future. They appealed to underground leaders, irrespective of any group, to refrain from such activity, which creates destruction in the peaceful living of the civilians of all three districts. They added that the groups should also refrain from extortion activities to maintain peace and harmony among the people.

They also appeal to the central government to immediately bring a permanent solution to Indo-Naga peace talks. With the TCL, the rest of the Naga-inhabited areas rise to a peaceful place, and they said” while informing that the rally was initiated under the direction of the Wangcho Council (WC). People appealed to Chief Minister Pema Khandu to devise a step to end the kidnappings and extortion in the TCL region. 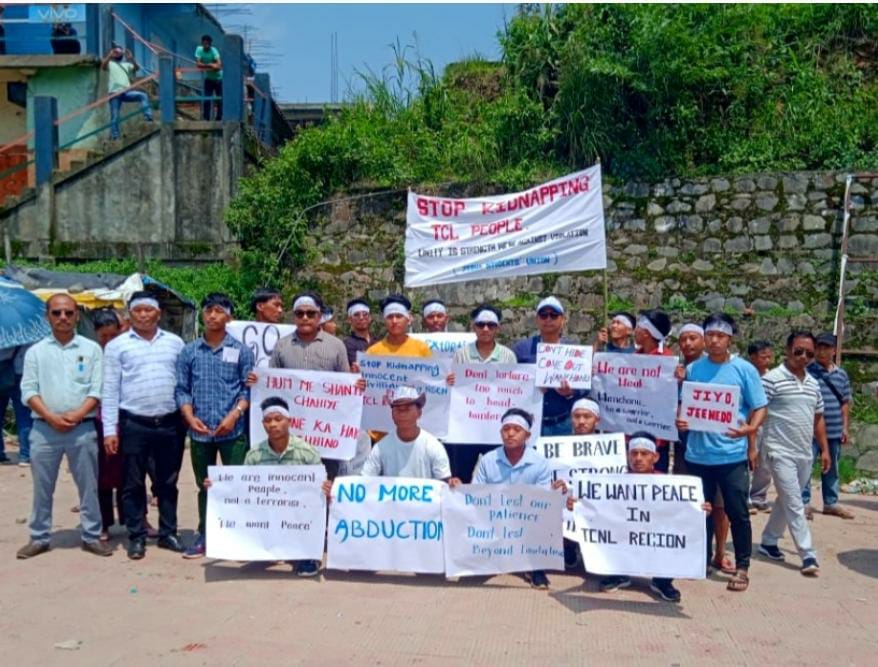 the matter is not only concerning the Wacho tribes, but all the tribes of the three districts and the council, along with the rest of the tribes, will always thrive on resolving the matter. The government should take quick action to save these tribes. Because this community suffers a lot due to their native land, the people are very much attached to their native land. Maybe this is the reason they feel detached from another community. They rarely appeal to the government. And this time, they are appealing because they are helpless.
Meanwhile, the Wancho Council vice-president Gangsong Gangsa said that the public, along with student unions and community-based organizations, has been raising their voices against the atrocities of underground elements for decades and will continue to do so in the future too. The government is doing there best to help this community, but these tribals are not satisfied with the government’s initiative. still seeking help from the government as they are helpless, no other option left to them