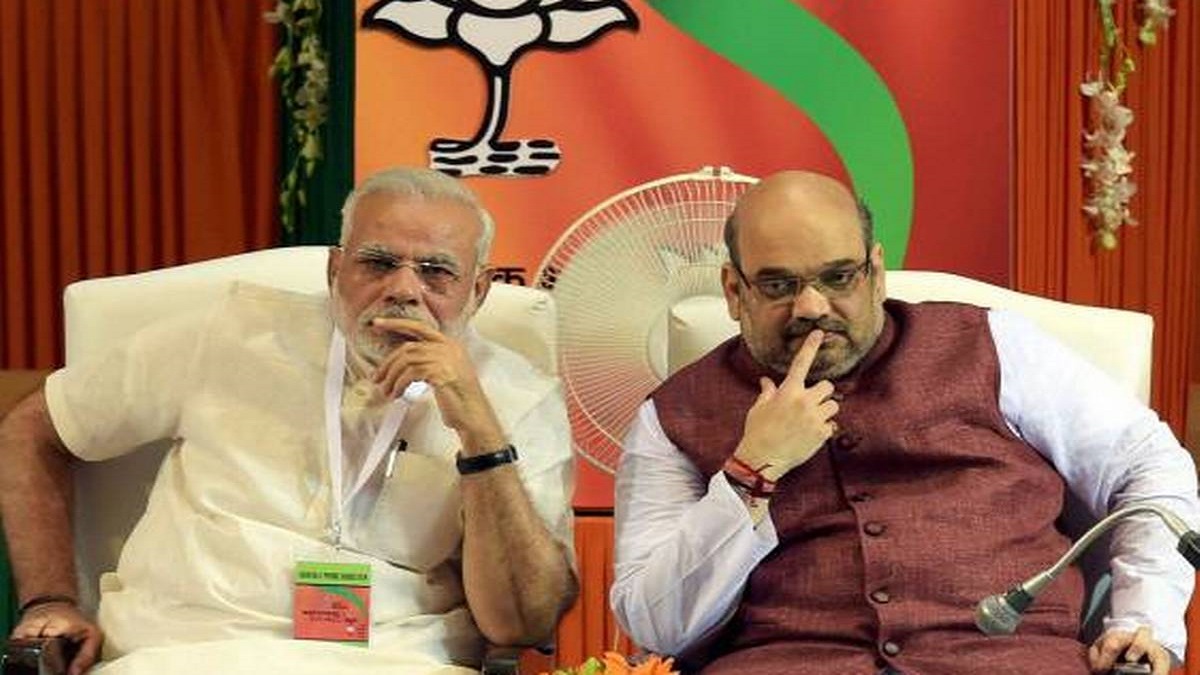 Union Home Minister Amit Shah on Saturday said the Hindu community’s centers of faith were humiliated for many years and no one cared to bring back their pride until the Prime Minister Narendra Modi-led government came to power in 2014. Was. But the Modi government is now working for the renewal of such jars. He said that earlier people used to shy away from going to temples, but with the Modi government a new era has started.

Amit Shah was speaking at the foundation stone laying ceremony of Umiyadham temple dedicated to mother Umiya of Kadva Patidar sect in Ahmedabad. Temples and other buildings are being built here at a cost of Rs 1500 crore on 74 thousand square yards of land. Addressing a gathering, he said that for many years the centers of faith of the Hindu community were humiliated and no one took the initiative to bring back the glory until Modi came to power at the Center with an absolute majority.

Shah also referred to the Kashi Vishwanath Corridor project in Varanasi in Uttar Pradesh and the Rs 150-crore Vindhyachal Corridor Project (VCP) in Mirzapur. Shah said that today when the foundation stone of a grand temple is being laid by Arya Samaj (Governor of Gujarat) Acharya Devvrat, I would like to say that Modiji worked fearlessly and with faith and respect for the restoration of our forgotten centers has done.

He said the prime minister unveiled the statue of Adi Shankaracharya and revived the center of faith of crores of Hindus in the Kedarnath temple, when the area was devastated by flash floods in 2013. He said that on December 13, we will see the restoration of Kashi Vishwanath temple at the hands of Narendrabhai which was destroyed during the time of Aurangzeb. According to Shah, three months ago he had laid the foundation stone for the construction of a grand temple of Hindu goddess Maa Vindhyavashini in Mizapur, Uttar Pradesh, as the deity’s idol was kept hidden in a house for fear of Muslim attackers. We have seen that earlier people were ashamed to go to the temple. But a new era started in the country when Narendrabhai performed ‘Ganga Aarti’ by rubbing the ashes of Kashi Vishwanath after the invitation of the President.