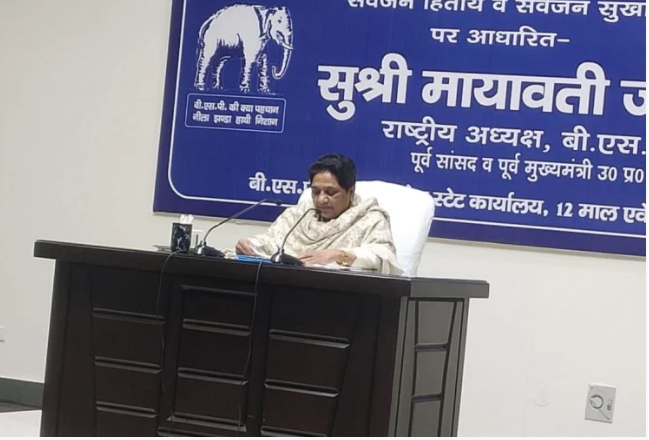 BSP supremo Mayawati said that not by taking to the streets, but by changing the power, talk will be made and BSP will be in power this time. She said that by forming some organizations some people are trying to stop the mission of Babasaheb Bhimrao Ambedkar, but after the elections, such organizations are neither in the house nor in the space.

Mayawati addresses media persons in Lucknow on the occasion of Babasaheb Ambedkar’s death anniversary. On this occasion, she said that Baba Saheb had suffered a lot but always fought to get legal rights for the people of Dalit and Muslim class.

She said that if the rights given by him are to be taken full advantage, then people of this class will have to work unitedly. It was he who had told that this class of people would have to take the master key of power in their hands. As a result of this, the BSP government was formed four times in the state. Along with this class, Muslims also showed awareness of Babasaheb’s thinking.

She said that this caravan is not going to stop and will not bow down. She is going to make her own way by cutting stones and further paths will also be made. Mayawati said that the whereabouts of victory are not known and everyone has already seen the condition of the SPs who are taking out the Vijay Yatra. How indecency was done with the police personnel in Chandauli.

‘SP’s rule has meant hooliganism and mafiagardi’
Mayawati said that it is known to all that the rule of SP means hooliganism and mafia-gardi being at its peak. The people of UP are not going to fall in this deception. In Uttarakhand too, BSP will do well this time and will contest alone. Apart from this, the party is contesting the elections in Punjab in alliance with Shiromani Akali Dal.

She said that everyone should follow the guidelines of the Chief Election Commission and governments on the new variant of Corona. Particular attention has to be paid to this in elections. On this occasion, BSP National General Secretary Satish Chandra Mishra also paid homage to Baba Saheb and said that the Messiah of crores of Dalits, oppressed, deprived and other neglected sections, Param Pujya Baba Saheb Dr. Bhimrao Ambedkar ji by paying homage to him on Parinirvana Diwas. Salute to you. The life of Baba Saheb dedicated to humanity and his colossal personality is a source of inspiration for all of us.