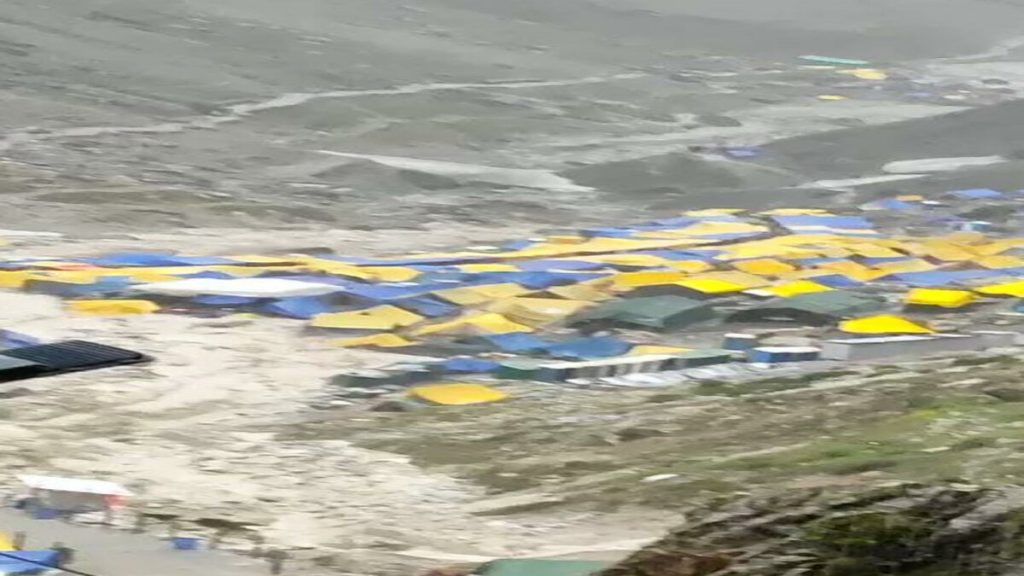 This month, 16 people were killed in flash floods caused by a cloudburst near the Amarnath cave, while at least three dozen people went missing. Amarnath Cloudburst Heavy rains have caused trouble for the pilgrims who went on the Amarnath Yatra. There is news of a cloudburst near the holy cave. After this, an alert was issued. The relief team has shifted about 4000 pilgrims to a safe place. The situation is said to be under control at present. The Yatra was temporarily postponed due to heavy rain on Tuesday afternoon hills surrounding the holy cave. Today’s cloudburst incident has brought back the ‘bitter’ memories of about two weeks ago.

Significantly, 16 people were killed in flash floods caused by a cloudburst near the Amarnath cave earlier this month, while at least three dozen people went missing. The 34 injured pilgrims were evacuated by Mi-17 V5 and Cheetal helicopters of the Indian Air Force. Indian Air Force helicopters also airlifted 20 NDRF personnel and six dogs to search for the missing people trapped under the rubble.

A cloudburst incident occurred in the Amarnath cave area on July 8, resulting in heavy water inflow into the ‘nallah’ adjacent to the holy cave. According to Indo-Tibetan Border Police (ITBP) officials, in the lower den, at around 5.30 pm, a cloud burst in (Amarnath), after which the rescue teams reached the spot. Let us inform you that Amarnath Yatra started on June 30 this year after two years due to the Corona epidemic. Since then, more than 1.25 lakh pilgrims have offered prayers in the holy cave.