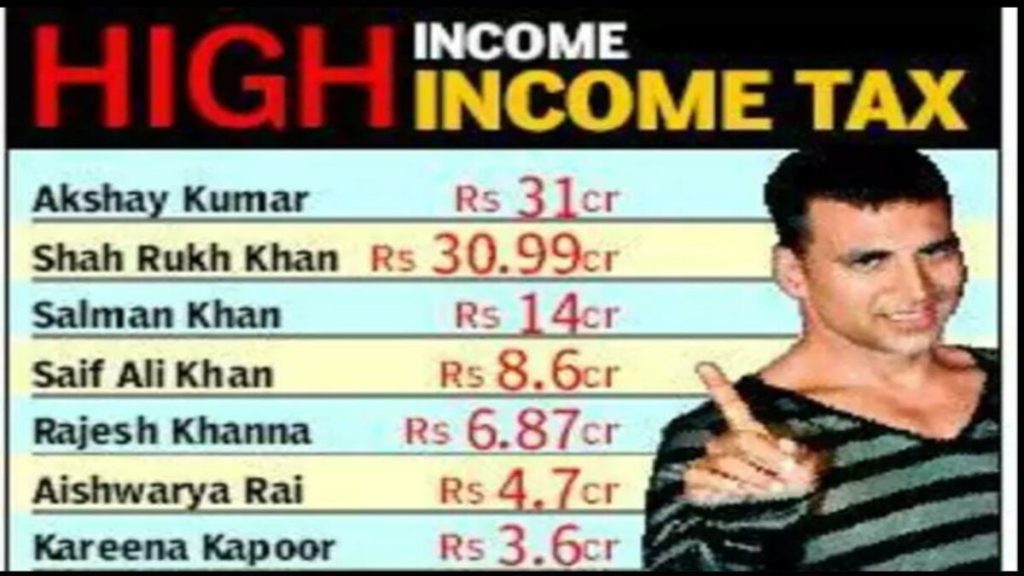 Akshay Kumar has been entertaining the audience through his films for the last 30 years. The actor has also given many blockbuster films during this journey. However, for some time now, his movies have not been able to do well at the box office. The big reason for this is the statements made by the actor during the film’s promotion. Yes, the actor’s comments and tweets have hurt the sentiments of the people, due to which social media users keep trolling him every day. Even honoured as the highest taxpayer, the actor had to face trolls.
Akshay Kumar spoke about his heart. 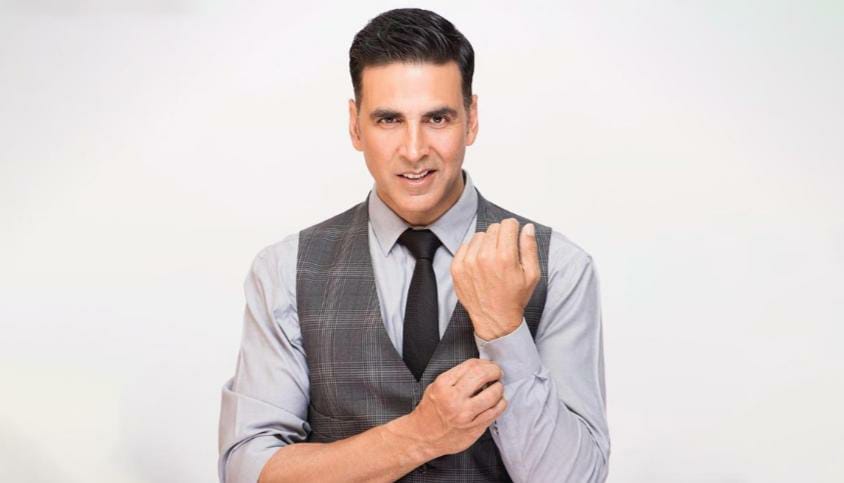 Indeed, Bollywood superstar Akshay Kumar was recently honoured by the Income Tax Department as the “highest taxpayer” in the country. During a Wednesday conversation with news agency ANI, Akshay Kumar expressed happiness over becoming the highest taxpayer. The actor said, “I am very happy. It is great to know that the Income Tax Department takes all things into account and gives credit to the people. Also, it is comforting to think that whatever you live in this country, it is comforting. You are earning, and you are giving it back to the country. It is one of the best feelings.”
Users said – Before 2014, you… 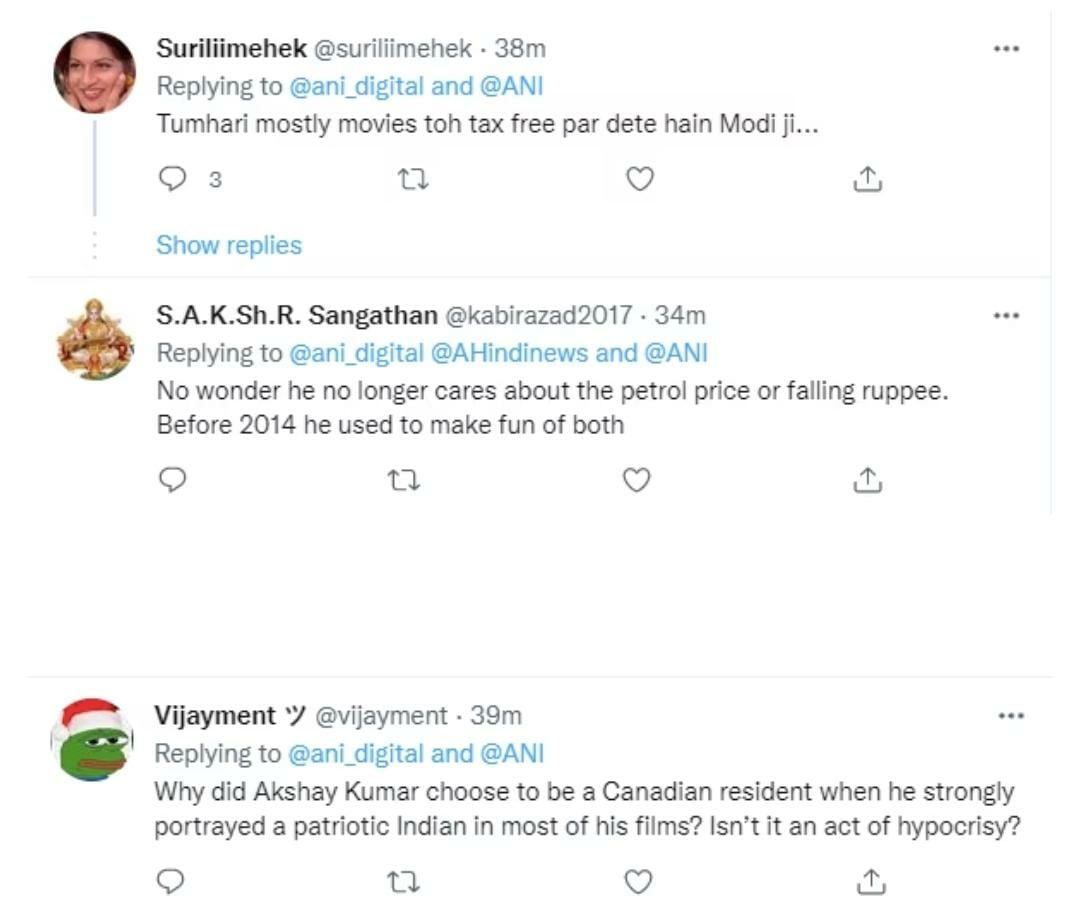 . One user wrote, “Modi ji makes most of your films tax free….” Another user wrote, “No wonder now you don’t care about rising petrol prices or depreciating rupee. Before 2014, you used to make fun of both of them.” One user writes, “Why did Akshay Kumar choose to be a Canadian resident when he has played a patriot in most of his films? Isn’t that hypocrites”
Demand to boycott Raksha Bandhan. 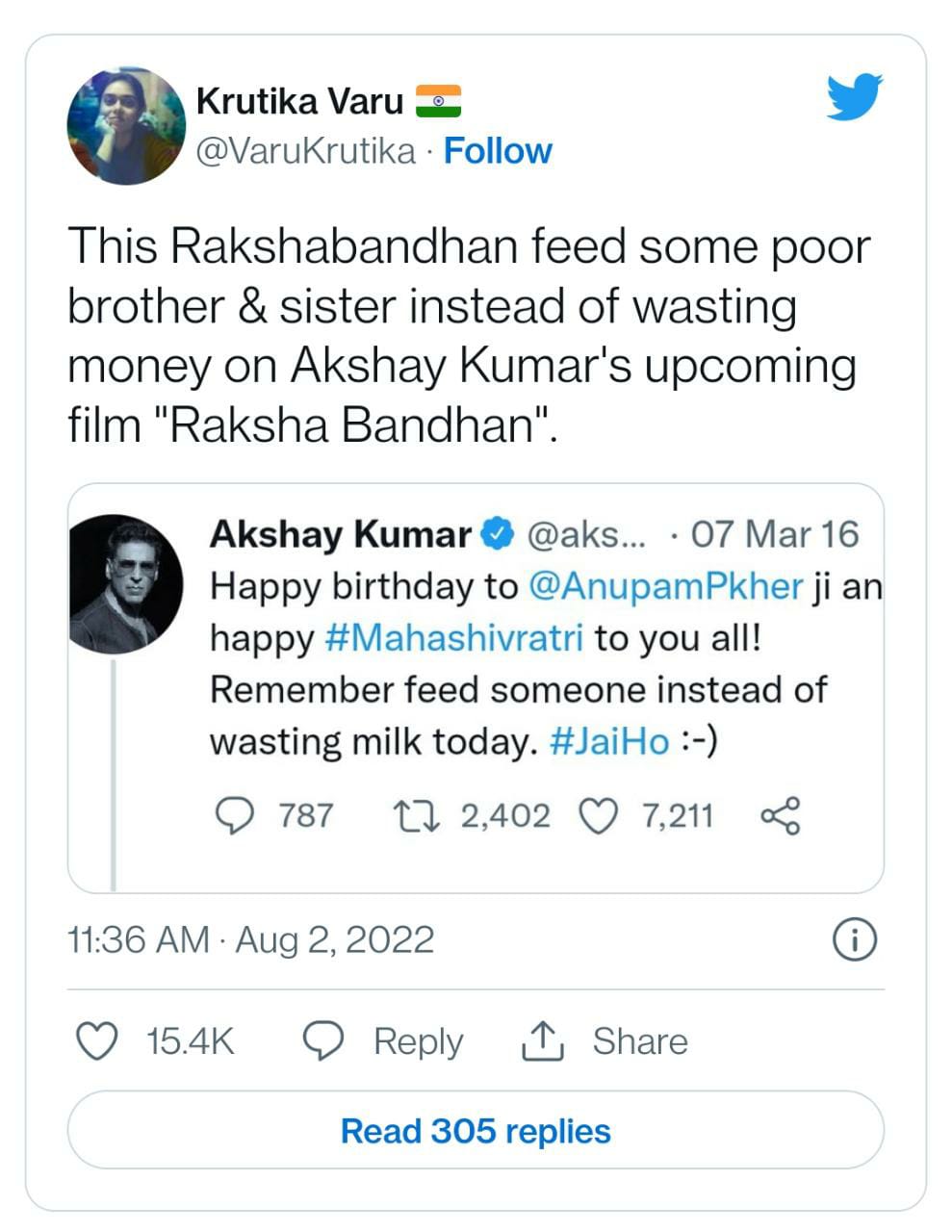 Not only this, a week before the release, Akshay Kumar and Bhumi Pednekar’s film ‘Raksha Bandhan’ is facing the ire of netizens on Twitter. A section of netizens has also started going viral with clips and tweets from old interviews of Akshay in which the actor is wishing Mahashivratri instead of wasting milk on this day, give it to the poor. Actor Akshay Kumar’s tweets, video interviews and Kanika Dhillon’s post have created enormous controversy, and netizens are calling for a boycott of Raksha Bandhan.