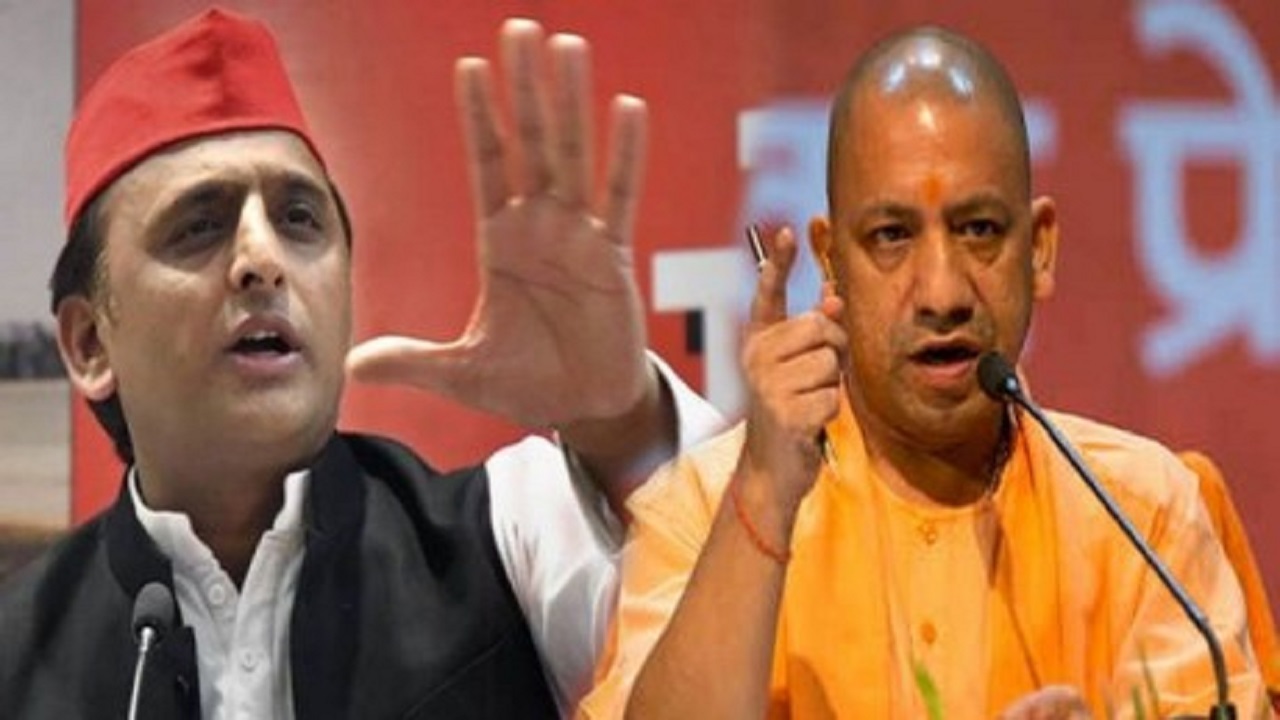 The Prime Minister is currently on a tour of Varanasi and he keeps targeting the opposition in some way or the other. On the other hand, the opposition parties also do not want to leave any chance. In this episode, now Samajwadi Party chief Akhilesh Yadav has taken a jibe at CM Yogi and said that he did not come to bathe in the Ganges river with PM Modi because he knew that its water is dirty.

Samajwadi Party chief Akhilesh Yadav reached Jaunpur on Tuesday with Samajwadi Vijay Rath. Akhilesh attacked the BJP and the state government fiercely. He said that BJP does not understand the meaning of red colour. This color is of emotion. The SP president claimed that his party would remove the BJP from the state and the country with the help of the people. Along with this said that the Samajwadi Party will win 400 seats in the UP assembly elections 2022. Akhilesh said that the BJP did not fulfill the election resolution.

Akhilesh Yadav, who came two and a half hours late from the scheduled time, surrounded the government on the issue of farmers and inflation. Said that agricultural laws were forcibly withdrawn. The government has insulted the farmers. The BJP government ruined the farmers’ agriculture. Farmers are not getting fertilizer. His income did not double. Inflation further reduced income.

Akhilesh said that if there is no earning then how will there be savings. This inflation has broken the back of the common people but the government is not doing anything. In the Samajwadi Vijay Rath Yatra, along with Subhaspa chief Om Prakash Rajbhar, Ram Achal Rajbhar, Sanjay Chauhan and Krishna Patel also participated.

Akhilesh Yadav said that corruption and inflation are rampant today. The situation is such that BJP MPs and MLAs are not able to enter the villages. The government of double engine has proved to be a failure. The people of BJP had said that the income of the people would be doubled. But the situation is that people’s income has halved and inflation has doubled.

On the question of running bulldozers on criminals, Akhilesh Yadav said that why the Chief Minister does not release the list of criminals at the district level. Alleged that people are dying in police custody. With this, he again claimed that change is going to happen in UP. We will form the government by taking everyone along.

Akhilesh Yadav has reached Jaunpur on a two-day visit today. Vijay will go to all the assembly constituencies with the Rath Yatra. He will address the gathering at two places on the first day and at four places on the second day. Jaunpur district has nine assembly seats and two Lok Sabha seats. Four out of nine seats in the assembly are occupied by BJP, three by SP, one seat by Apna Dal and one seat by BSP. Akhilesh Yadav will try to create an atmosphere in his favor by visiting all the assembly constituencies of Jaunpur and addressing six public meetings.

Efforts are also being made to reach Ghazipur, Mau and Ballia