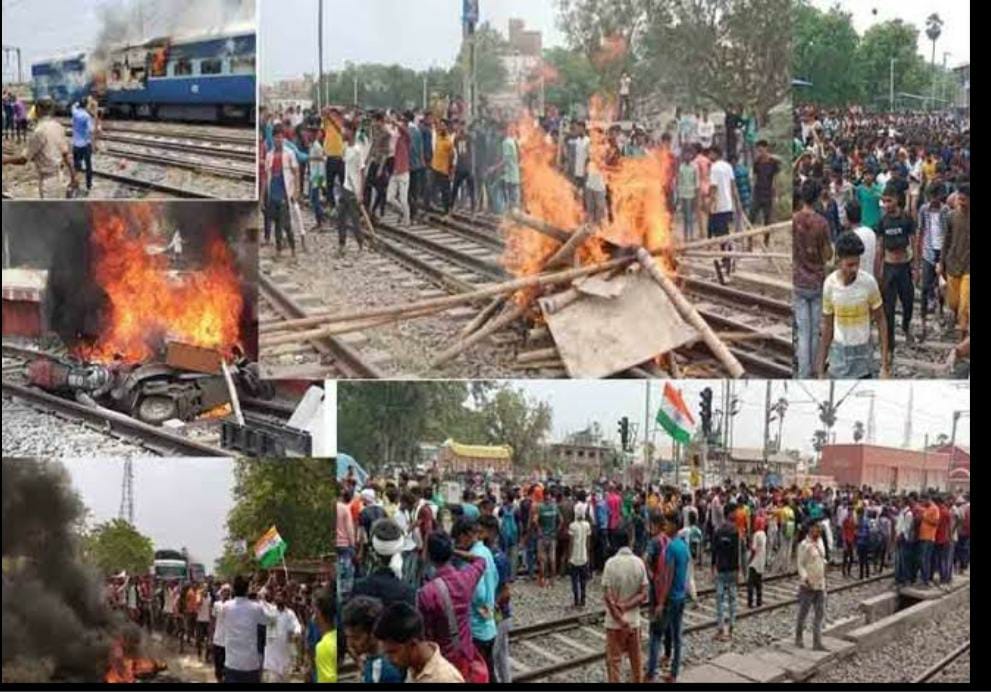 On a day when registrations under the controversial Agnipath scheme began for at least one branch of the country’s armed forces, farmers, joined by workers, took to the streets in several states to press for the withdrawal of the Centre’s new armed forces recruitment policy.

At the call of Samyukta Kisan Morcha (SKM), demonstrations were held at block, village and district levels in many parts of the country on Friday. The call to protest was also supported by 10 Central Trade Unions. The farmers’ organisation, which had earlier spearheaded the nationwide movement that repealed the three contentious farm legislation last year, said that the new scheme is part of a “wider campaign” of the Narendra Modi – led Central government to “establish company rule over agriculture.” 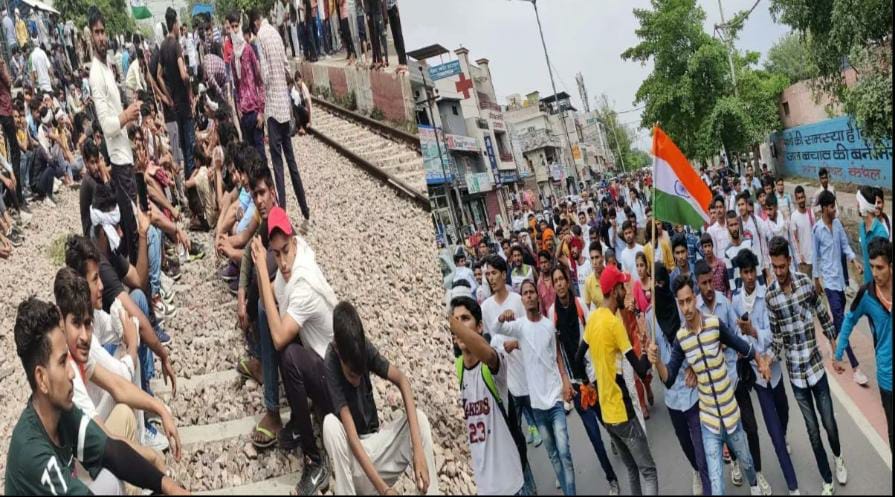 It demanded President Ram Nath Kovind, the ceremonial commander-in-chief of the armed forces, ensure that the notification of military recruitment under the new plan is withdrawn and that the “regular recruitment” in the army is started immediately.”… since the announcement of the Agnipath scheme, the anger of the youth has erupted on the streets. Many youths have committed suicide due to the shock. Demonstrations are taking place on the streets across the country. Unfortunately, this anger is also taking a violent turn in many places,” the SKM said in a memorandum submitted to President Kovind on Friday.

The Central government has done the work of “sprinkling salt and has made ridiculous announcements,” the farmers’ organisation further remarked in its memorandum, adding, “The chiefs of the three services have committed reprehensible acts of threatening the youth against their right to protest democratically.”Thousands of youth took to the streets in states including Bihar, Uttar Pradesh, Haryana, and Madhya Pradesh, among others, soon after the introduction of the Agnipath scheme to express their outrage over the new military recruitment plan.

All false cases registered against youths involved in anti-Agnipath protests should be withdrawn, while those arrested should be released, SKM urged on Friday. It further demanded that applicants for “any recruitment” should not be preconditioned to make an affidavit which deprives them of their right to democratic protest.

Under the Agnipath scheme, unveiled earlier last week, around 45,000 below-officer rank personnel, called Agniveers, will be recruited within 90 days for only four years – as against the present average service period of 17 years for a new non-commissioned recruit. The scheme also calls for retaining a fourth of the recruited soldiers based on merit and performance in the armed forces for another 15 years. The rest will be provided with a tax-free exit package of Rs 11.71 lakhs and prioritised for other jobs.

On Friday, in Punjab, farmers, demonstrating at District Collectorates and SDM offices across the state, flayed the Central government for replacing the army regiment’s social character with “all-class all-India” recruits, which would be a “huge blow to the regions and communities that have served the nation through the army for generations.”The government has taken one step further in its agenda to turn the country into a “Hindu Nation” by seeking to “abolish army regiments” through the new recruitment plan and ending the history of various regiments of the Indian army, Darshan Pal, president, Krantikari Kisan Union (KKU) said while briefing the media on Friday. The Central government has been continuously making efforts. Hand over the government departments in the hands of the corporates, the farmer leader said, suggesting that the Agnipath scheme must also be viewed in the same light. The Central government has taken the step “to avenge its last year’s defeat with the three farm laws from the farmers and labourers.” 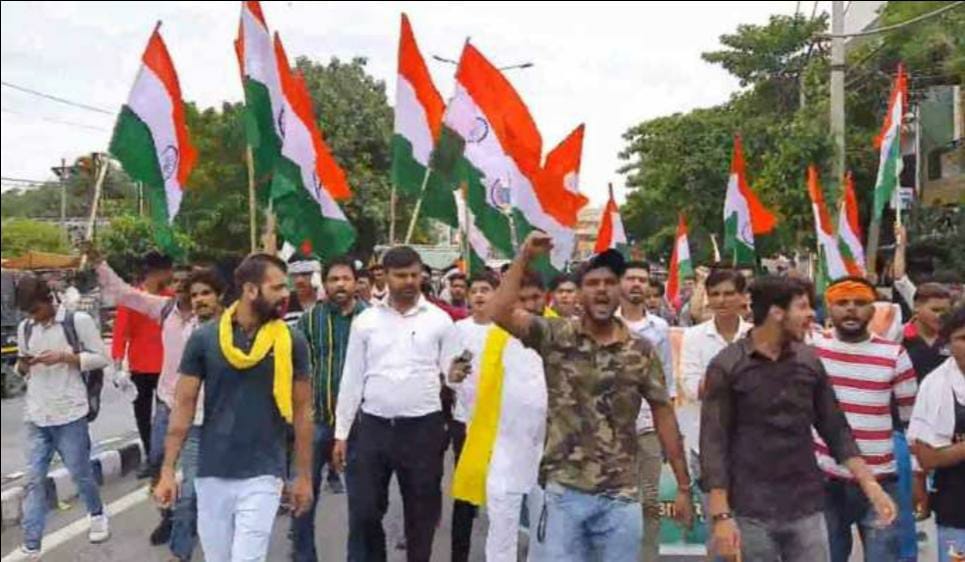 Likewise, in Haryana, Friday’s protest saw women, students, including army aspirants and ex-servicemen, joining the farmers, claiming that the Agnipath scheme will “directly affect the peasantry, according to Inderjit Singh of All India Kisan Sabha (AIKS). Singh lamented that the majority of the youth are also angry at the way the Centre brought such a far-reaching change in the recruitment policy without any consultations or debate in the Parliament. Friday also marked the day Indian Air Force recruitment through the Agnipath scheme began, while the Indian Army and Navy recruitment is set to start from July 1.

“The farmers of this nation will continue the nationwide agitation since it will severely damage the composition and character of the Indian Army,” Singh told NewsClick on Friday, adding SKM has called for a national meeting on July 3 in Uttar Pradesh’s Ghaziabad to discuss further course of action.

Meanwhile, in Haryana, paidal yatra will be carried out in different districts in a campaign against the Agnipath scheme that is set to be joined by multiple mass organisations in the state, NewsClick has learnt.