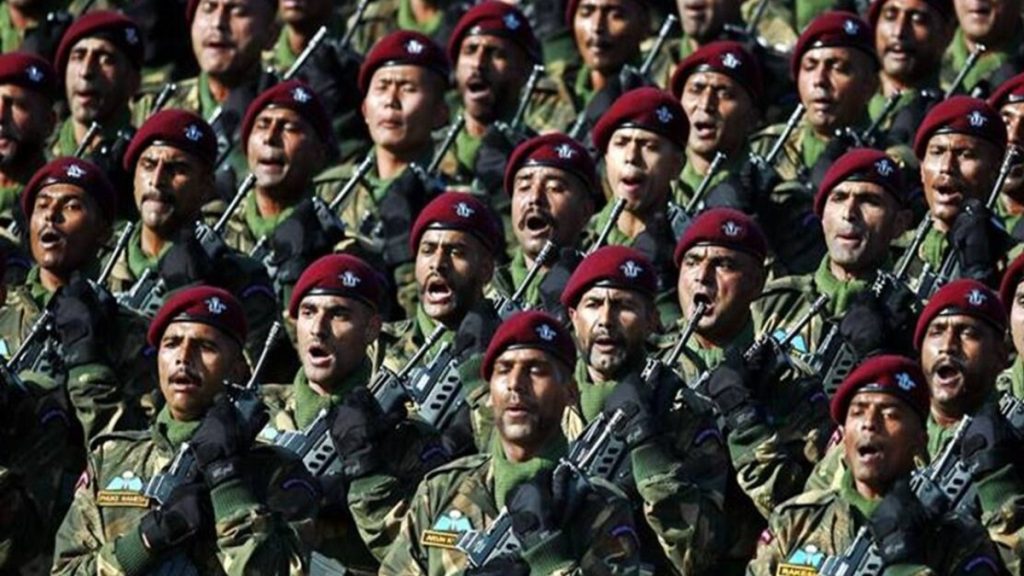 Under the new Agnipath Pravesh Yojna recruitment drive, soldiers to be called Agniveers (literally, fire warriors) are going to be recruited for a three-year tour of duty with no pension entitlement but with the promise of yet to be specified ‘assistance’ in getting post-discharge employment.

Battle or ‘attributed to military service’ casualties are treated at par with regular soldiers. a hard and fast percentage from such intake is going to be absorbed as regular soldiers on merit.

The primary motivation for this scheme is the reduction of the burgeoning pension bill of the military. Additional advantages cited are reducing the age profile of the armed forces, improving career prospects of normal soldiers, strengthening the society with military connections, instilling sterling military character qualities and nationalism among the youth, and providing a chance for the youth to fulfil their aspirations of serving within the military.

Short term engagement for officers/soldiers could be a time-tested method of managing manpower and reducing the pension budget of the militia and also the Indian military isn’t any stranger to that. Agnipath Parvesh Yojna is certainly a far-reaching reform.

However, from what’s available public domain, it’s a variety of conceptual flaws — associated with the motivation of the youth for enrolment, length of tenure, training period, operational/organisational needs of the soldiers and post-discharge benefits — for it to be a viable option.

There should be little question that short-term engagement is the best method of managing the manpower and reduction of the pension bill. This reform must be in sync with holistic reforms flowing out of the National Security Strategy, to rework the defence force, particularly with relation to optimisation/reduction of manpower and restructuring/ reorganisation.

In my view, a minimum tour of duty of 5 years both for officers and soldiers, including the training period. The scheme must be covered by a contributory pension scheme, handsome gratuity, lateral absorption in CAPF, ex-servicemen status and preference for all government jobs with the protection of seniority, college/university admission and bank loans.

Pass a law for social action by private employers and corporates. 25-30 per cent of soldiers must be retained in commission through a transparent, meritorious system. A voluntary extension of 5 years must be allowed. This scheme must cater for 50 per cent of the strength of the militia.

Educational qualification must be raised to 10+2 and a more stringent all-India merit-driven test with psychological tests must be introduced. State-wise quota supported for two per cent of the recruitable population must be scrapped. If this reform paves the way for all India mix units/regiments rather than religion/caste/region-based regiments, then so be it.

To ensure a virtual guarantee of a second job, amalgamate the recruitment of our million-strong Central Armed Police Forces and therefore the defence force with a typical merit-driven entrance test. Personnel from CAPF can do a five year or maybe shorter tour of duty within the soldiers and revert to parent organisations for extended pensionable service.

Similarly, soldiers from the military may be side-stepped permanently for extended service within the CAPF. there’s much hullabaloo about organisations resisting such a lateral movement. What then could be a strong government for? Reforms don’t ride on emotions but are driven by national security.

The Agnipath Parvesh Yojna in its present form doesn’t meet organisational and individual needs. However, short-term engagement is the only pragmatic way forward to arrest the rising pension bill. Government/military must modify the scheme, cash in on the default shortage of 200,000 soldiers by the end of 2022 and take a large stride toward the transformation of the defence force.