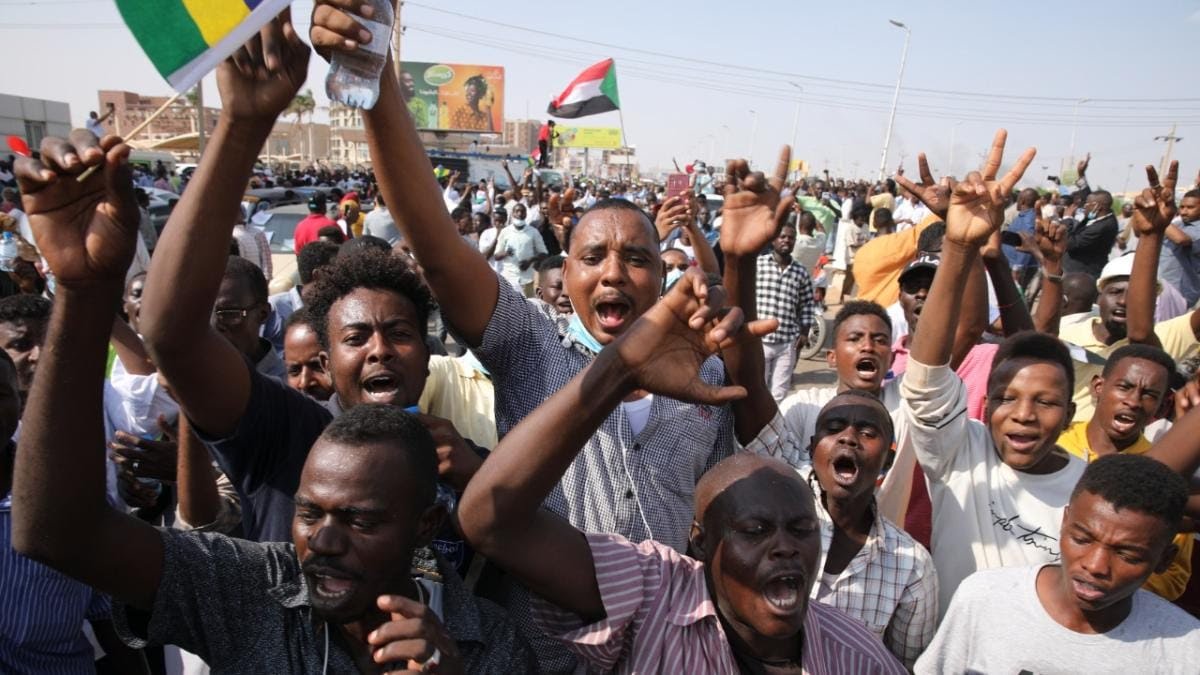 During this pandemic, once again a military power has overthrown another democratic regime. After Myanmar and Afghanistan, it’s Sudan. The military government overthrew the democratic government in Sudan and seized the power. The military had not only dissolved the country’s power-sharing government but also declared a state of emergency on Monday.

Two people were killed and at least 80 were injured as a result of gunfire during the demonstrations. The prime minister, Abdallah Hamdok, and his cabinet have been arrested along with this.

Since Sudan gained independence from the British, it has seen seven coups till 2019. From this, it is clear that Sudan has failed to find a stable functional political system. The military often did not control the government in Sudan.

The first coup was effected in Sudan in 1958 when General Ibrahim Abboud-led military toppled the government elected a year ago. Jaafar Numeiri, who led another military coup in 1969, imposed sharia, the Islamic legal system in Sudan in 1983.

Read more: Supreme Court Said, “Women Should Get Permanent Commission In The Army”

What is the background to the military coup?

After Sudan’s long-term authoritarian government under the leadership of President Omar al-Bashir was overthrown, Military and civilian leaders have been sharing power since August 2019. Abdallah Hamdok took up the responsibility of governing Sudan after this incident. The transitional government was then formed through a power-sharing deal between the military and a coalition of pro-democratic groups named the Forces for Freedom and Chance (FFC). They formed a sovereign council to run the transitional government until a democratic government was elected in the 2023 election.

But recently, a conflict took place between both groups. Reports claimed that military and civilian leaderships has strained relationship soon after forming the transitional government two years ago. Civilians have complained several times of military overreach in foreign policies and negotiations. the military has also accused civilian parties of mismanagement and monopolizing power. And these tensions paved the way for the military coup.

Civilians of Sudan are showing their resistance towards this incident. Thousands of protesters gathered in the street of the capital, Khartoum, and a variety of other locations. These people were chanting, “The people are stronger, the return is impossible.” They are planning to carry out a complete civil disobedience movement as they claim the military betrays civilians on all fronts. We have to wait and see if these protests will help out the people of Sudan to restore the democratic government.