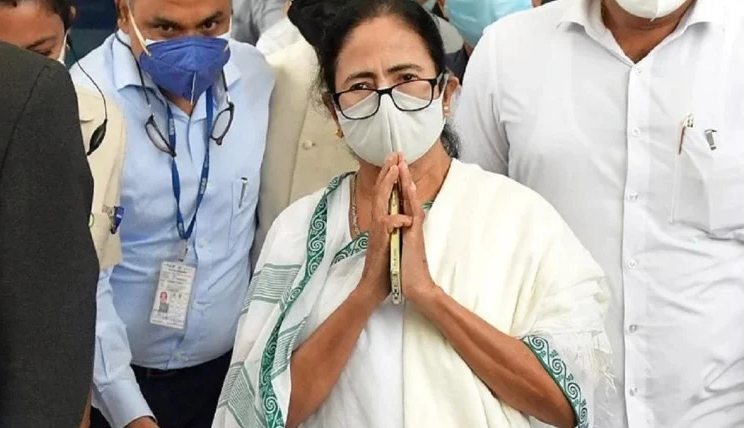 After Delhi’s Chief Minister Arvind Kejriwal now it’s Mamata Banerjee’s turn to influence the vote bank in her favor. Trinamool Congress played a big political bet in Goa on Saturday. West Bengal Chief Minister and party chief Mamata Banerjee announced a direct cash transfer scheme of rupees five thousand for every women of the state. Mamata Banerjee said that if the TMC government is formed in the upcoming assembly elections to be held in February next year, then each woman of the state will be given five thousand rupees under this scheme. Trinamool leader Mahua Moitra told that the name of this scheme has been named ‘Griha Lakshmi’. She said that every month Rs 5000 would be transferred directly to a woman of each household in her account. The total comes to Rs 60,000 per year. The scheme will cost the government approximately Rs 1500-2000 crore which is six per cent to eight per cent of the state budget as per the party.

She said that the party would soon start distributing cards to the beneficiaries of the scheme. This card will have an identification number and its implementation will start once the Trinamool Congress comes to power. In fact, under the leadership of Mamata, TMC had announced to contest all 40 assembly seats in Goa.

At present the BJP government gives 1500 rupees
Mahua Moitra, co-in-charge of Trinamool Congress, Goa, said that women from 3.5 lakh households of the state would be included in the Grihalakshmi scheme. There will be no income limit in this. This benefit is given to women on the basis of the income limit in the current BJP government’s Home Aadhar Scheme. She said that under the current scheme of BJP, women in Goa are given Rs 1500 every month. This scheme is limited to only one and a half lakh houses.

Kejriwal and Priyanka also made political promises
Earlier, the Aam Aadmi Party had announced that women would be given Rs 2500 per month if they came to power after the assembly elections. On Friday, Congress General Secretary Priyanka Gandhi Vadra also promised to give 30 per cent reservation in jobs to women.