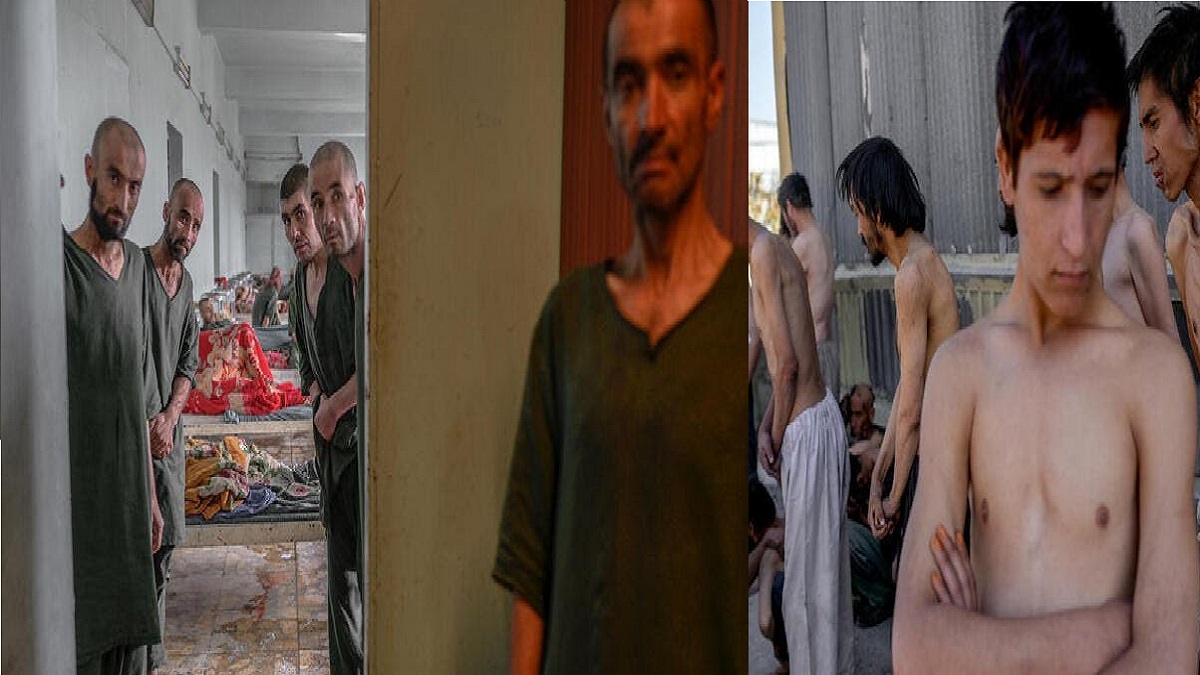 Ever since Taliban have claimed the rule over Afghanistan, the country is facing a myriad of changes. Now they are on a mission to free the country from drug addicts, even forcibly. Hundreds of homeless men from various area, like under the bridges, amidst the garbage area were addicted to Heroin and methamphetamines. They have been raided by the Taliban and sent to rehabilitation centres. Pictures captured by Associated Press show defaulters waiting for their detoxification test at Avicenna Medical Hospital for Drug Treatment in Kabul, Afghanistan.

Afghanistan has been a hub of meth producers and exporters leading to a large proportion of drug abuse in the country itself. Taliban recognise drug addicts as a stain on the Islamic community according to them the existence of drug addicts possess hindrance in establishing the Islamic doctrine. It has been reported as stated by the doctors that several mentally disabled patients were hand tied and beaten brutally till, they sobered up. The addicts were not allowed to feed; they were captured inside and chopped off their hair forcefully.

Read at Guzargah area police arrested around 150 men after being informed about a drug Den beneath a bridge in that area. All of them were taken to prison where all the belongings were burnt to ashes this was done to ensure that they don’t carry drugs hidden with them to the hospital. At around midnight all were transferred to Avicenna hospital. The present-day hospital was once the US military camp, named camp phoenix.

One of the doctors stated that 45-day program will begin where in the abusers will be treated for drug abuse. The detained personnel were stripped, and their heads were shaved. Such kind of arrests and detention have appeared in past also. Earlier administration have also had an eye for drug addicts but, people are much more afraid of Taliban and their methods. Dr. Wahedullah Koshan, the head psychiatric informed that the addicts will be treated to supress their withdrawal symptoms.

Koshan admitted that the Avicenna facility is short of alternative opioids, buprenorphine and methadone, which are primarily used in such cases of Heroin addiction. He also told that the staff had complained about not being paid for several months however, salaries have been promised this time by the officials. Lead patrol officer through some light on broader goals of Taliban, stating “This is just the beginning. Later, we will go after farmers (growing opium) and punish them according to Sharia law.” It is clear that Taliban is planning to make an opium-free country. Their long-term plan includes a ban on farming or something else, is not known yet.