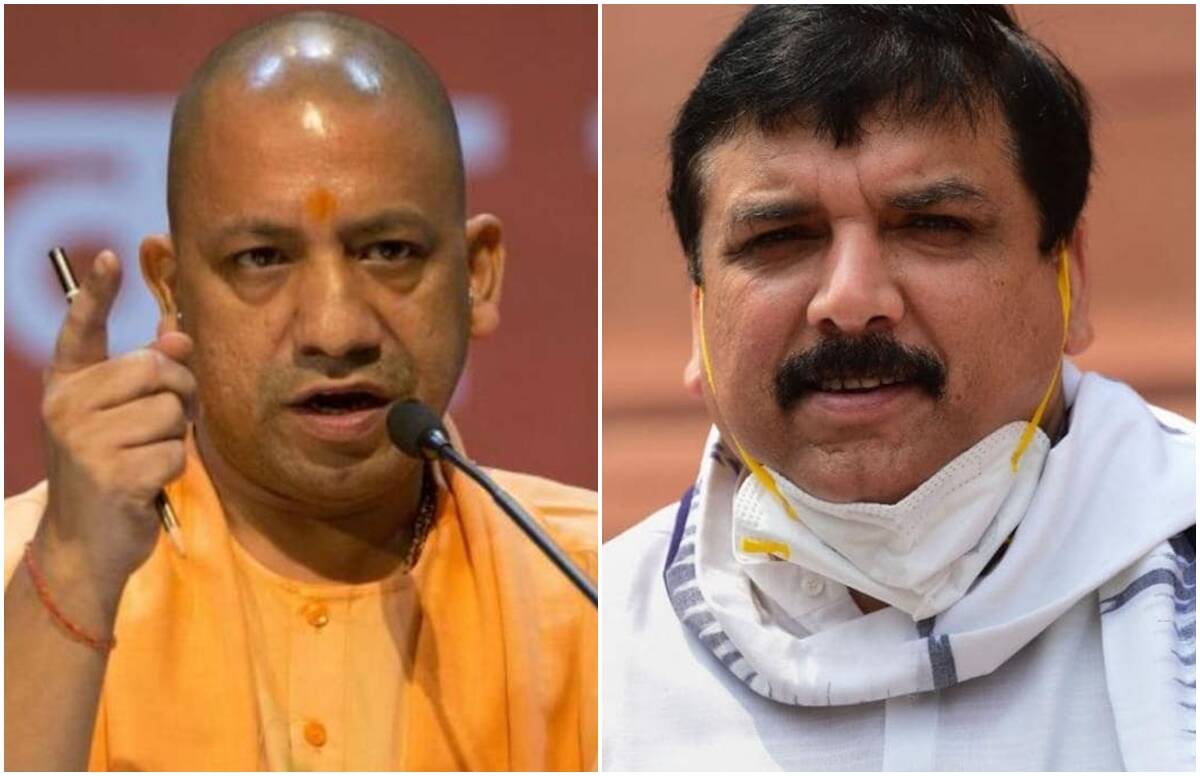 Aam Aadmi Party’s Uttar Pradesh in-charge and Rajya Sabha MP Sanjay Singh, who reached Varanasi to lead the Tiranga Sankalp Yatra, was taken into custody by the Commissioner of Police. He was stopped and detained by the police on the Airport Road near Ganeshpur Tarnal in BHEL on Thursday morning. During this, he was also seen getting into a tussle with the policemen.

He was repeatedly asking for a copy of the order on the basis of which he was stopped by the police. He said that every party is holding a rally in Varanasi. No one was stopped from coming. Under what law am I being held? Where I am going, I have come for some work, it should not matter to the police.

AAP leader Sanjay Singh had reached Banaras to lead the Tiranga yatra between Kachari to Lahurabir. However, this yatra was not allowed by the district administration. Despite this, Sanjay Singh along with his party members and workers were preparing to take out the Tiranga Sankalp Yatra. Police has taken Sanjay Singh into custody for security reasons. There is a lot of resentment among the workers about this.

There was a scuffle between the supporters and the police on the highway. On this 26-27 activists were taken into custody. Here, after being taken into custody, the AAP MP appealed to the Chairman of the Rajya Sabha. He tweeted and said, “Honorable Chairman, I have been illegally stopped in Varanasi Shivpur with heavy police force. Anything can happen to me. Please intervene immediately.” During the detention, Sanjay Singh was getting angry with the policemen and repeatedly asking for a copy of his detention order. Kejriwal’s party is now attacking Yogi government.

When Rajya Sabha MP Sanjay Singh was detained by Varanasi Police, the Aam Aadmi Party attacked the Yogi government of the state. Aam Aadmi Party Chief and Delhi Chief Minister Arvind Kejriwal tweeted that how can it be a crime to take out the tricolor yatra in your own country?

Why the arrest of the one who hoisted the tricolor? What kind of law is this? At the same time, Sanjay Singh issued a video statement saying that the Bharatiya Janata Party and Yogi Adityanath are afraid of the tricolor flag. How can Tiranga Yatra be declared illegal in your country? He asked why the BJP was afraid of the tricolor.