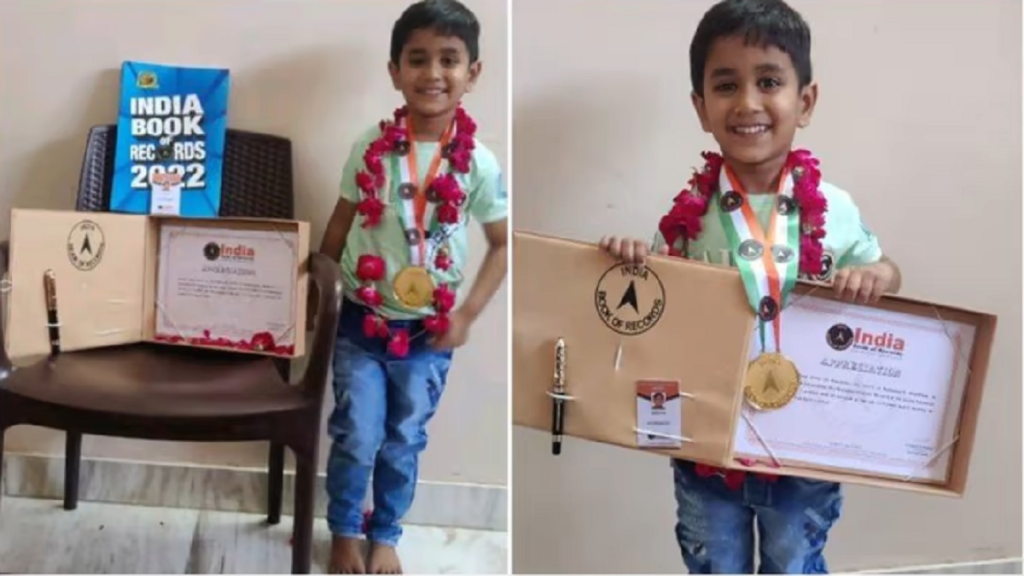 The name of Ayansh Garg, who lives in Ajmer district of Rajasthan, has been recorded in the India Book of Records for his outstanding talent. Actually, Ayansh has created a new record by reciting Hanuman Chalisa in one minute and 38 seconds.

Vivek Garg’s son Ayansh, who lives in Mahavir Colony of Kishangarh, is 4 years and 3 months old. At such a young age, Ayansh has got his name registered in the India Book of Records for his reciting power. Ayansh made this record by reciting Hanuman Chalisa aloud in record time of just one minute 38 seconds.
Ayansh’s mother Shefali Agarwal said, Ayansh studies in class KG in Kidzee School. 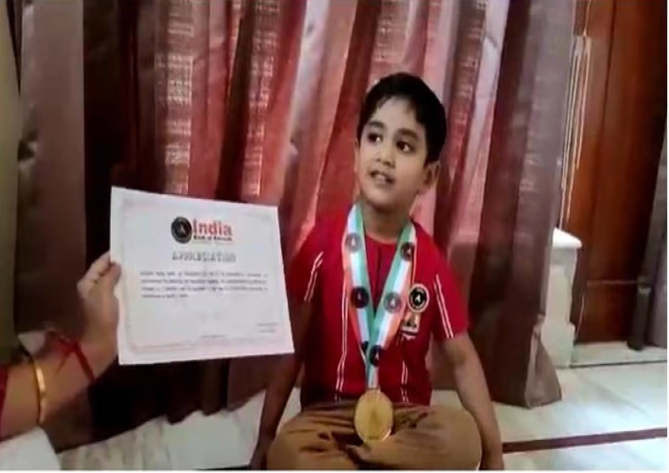 At home, Ayansh’s grandfather Omprakash Agarwal recites Hanuman Chalisa and grandmother Usha Garg to him everyday and this thing has influenced Ayansh alot. After listening to them, Ayansh also memorized Hanuman Chalisa by memorization and hence recited it by making a record. 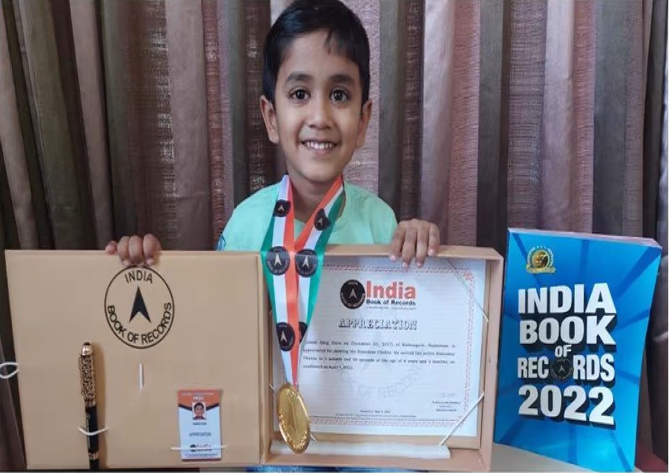 After this, the whole house started humming to support him in recitation.
Seeing the child’s ability, mother Shefali registered and uploaded the video of Ayansh for record book. After which she got the information about the name being registered in the India Book of Records.

India Book of Records has given certificate, medal and pen in the name of Ayansh Garg. There is an atmosphere of happiness in their whole family on this achievement of Ayansh. There is an influx of people coming to the house to congratulate.